You've subscribed to Milford-Haven Paranormal Novellas! We will preorder your items within 24 hours of when they become available. When new books are released, we'll charge your default payment method for the lowest price available during the pre-order period.
Update your device or payment method, cancel individual pre-orders or your subscription at
Your Memberships & Subscriptions
There was an error. We were unable to process your subscription due to an error. Please refresh and try again. 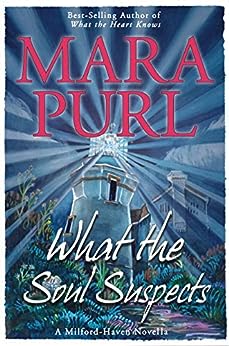 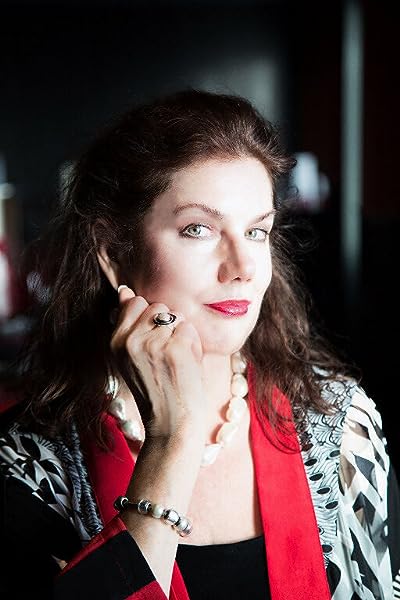 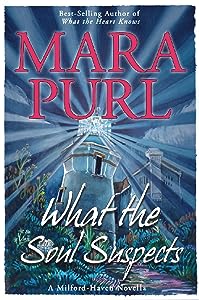 "Mara Purl is a master at drawing you into a story and keeping you in it until the very last page. Even though What the Soul Suspects is not like her previous books, she does keep her setting as the Central California coast, and she does bring in some of the characters from past books. This one features Christine Christian, and takes us back to a previous book, What The Heart Knows. where we were first introduced to her. If you follow the Milford Haven series, we don't read about Christine again until now. In What the Soul Suspects, we do experience quite a bit of the paranormal, in that Christine is prominently featured but as we quickly learn, it's her ghost, or soul, we're reading about. This book was entertaining but in a disturbing way, and it delved much deeper into the human psyche than Purl's previous books. I'm eager to learn if investigator Delmar Johnson will ever know what happened to Christine. Stay tuned..."

"Cool ghost story with two compelling characters, lots of real-world and metaphysical intrigue and even a dose of Laura Nyro. What's not to like! I found the prose style to be precise and painstakingly visual. The overall atmosphere of the narrative, almost a third major character, also comes to life effectively, as do the lighthouses and spiritual Native American influences, and the notion, at the end, of Chris actually teaming up with Del from the Afterlife to catch her murderer is quite provocative. Purl's imagination and craft keep getting better and better."

"I LOVE this book! Spooky stuff told in a very provocative way . . . with wisdom! It's a wonderful book, so rich and nuanced with exploration of time, space, mind-states and special sensitivities. Much as I've enjoyed Mara Purl's writing in the past, there's something really special about this book that sparkles with conviction, mystery and beauty. There is something so elegant and inviting in this prose . . . really magical! It's not just the substance of the story but also the way it's being told. We're really there with Chris . . . as she drives through the Central Coast. I'm swept up into her world. It captivated me!"

"The voices and personalities are clear and well crafted. The plot unfolds with just the right amount of mystery and strangeness, but never too bizarre as to be unbelieveable. I was yearning for more...thus showing me that it was very compelling from beginning to end. I kept thinking 'great insight', 'very wise', or 'aha!' as I read. I love learning new things in a story!"

Mara Purl, author of the national best-selling, critically acclaimed and multiple-award-winning Milford-Haven Novels, Novellas, and Novelettes, pioneered small-town fiction for women. Mara was named Fiction Author of the Year by The Authors Show, and her series has won more than 40 book awards. Mara's beloved fictitious town has been delighting audiences since 1992, when it first appeared as Milford-Haven, U.S.A.(c)-the first American radio drama ever licensed and broadcast by the BBC. The show reached an audience of 4.5 million listeners throughout the U.K. and won the Finalist Award at the 1994 New York Festivals World's Best Radio Programs. What the Heart Knows (Book one) reached #5 on Amazon's best-seller list. Where the Heart Lives (Book Two) reached #22 on Barnes & Noble's best-seller list, #7 on Amazon's Women's Fiction list and was ranked in Kobo's top-100. Mara's novellas When Hummers Dream and When Whales Watch also each also became best-sellers. Mara's novels and stories have collectively earned more than 30 literary awards. Mara is a guest-blogger for USA Today's Happy Ever After Book Blog, National Association of Baby Boomer Women, Romance Junkies, The Lady Killers, Boomer Brief, Plaid for Women, Women Speakers Association, and has co-founded two women's speaking organizations. As an actress, Mara was Darla Cook on Days Of Our Lives, and has won awards for her theatrical appearances in Mary Shelley: In Her Own Words, as well as critical acclaim for her performances in Becoming Julia Morgan and Sea Marks. She was named one of twelve Women of the Year by the Los Angeles County Commission for Women. Mara is married to Dr. Larry Norfleet and lives in Los Angeles, and in Colorado Springs. Visit Mara's website at www.MaraPurl.com. She welcomes e-mail from her readers at MaraPurl@MaraPurl.com. --This text refers to the paperback edition.

Margee McIntyre
5.0 out of 5 stars Great read!
Reviewed in the United States on December 5, 2020
Verified Purchase
This story kept me engaged from start to finish
Read more
One person found this helpful
Helpful
Report abuse

SBT
5.0 out of 5 stars The perfect spooky treat with a heart
Reviewed in the United States on September 21, 2020
If you love a mystery; a bit of a ghost story; and characters who are intriguing—including their flaws, Mara Purl’s latest is the perfect “spooky” treat. I’ve been a fan of her “Heart series” and I love this new stretch. A master storyteller, you meet up again with journalist Christine from the first What the Heart Knows … this time with a paranormal twist. Is she alive … or is she a ghost? The lighthouses are back. A page turner for sure.
Read more
One person found this helpful
Helpful
Report abuse
See all reviews
Back to top
Get to Know Us
Make Money with Us
Amazon Payment Products
Let Us Help You
EnglishChoose a language for shopping. United StatesChoose a country/region for shopping.
© 1996-2021, Amazon.com, Inc. or its affiliates