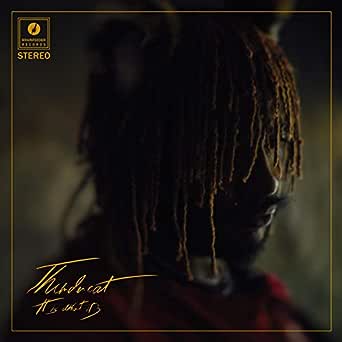 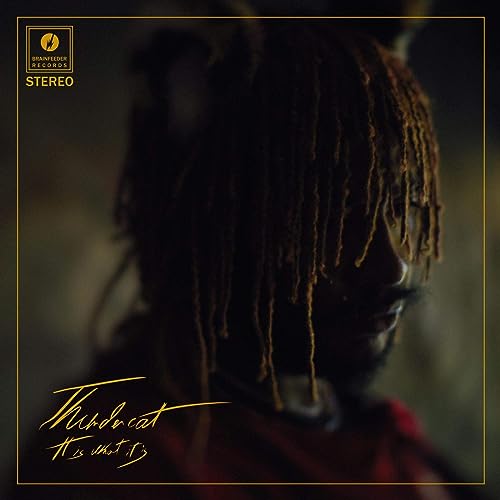 It Is What It Is

4.6 out of 5 stars
4.6 out of 5
65 customer ratings
How does Amazon calculate star ratings?
Amazon calculates a product’s star ratings based on a machine learned model instead of a raw data average. The model takes into account factors including the age of a rating, whether the ratings are from verified purchasers, and factors that establish reviewer trustworthiness.
Top Reviews

Tracy Bailey
1.0 out of 5 stars SUCKS
Reviewed in the United States on April 3, 2020
Verified Purchase
ALBUM SUCKS. I HAVE ALL OF HIS ALBUMS AND THIS IS THE WORST. FINISH TOURNIG AND TAKE A BREAK, AND GET BACK IN THE STUDIO AN GIVE US THE REAL THUNDERCAT
Read more
6 people found this helpful
Helpful
Comment Report abuse

frank colon
5.0 out of 5 stars Best new music resource in a pandemic!
Reviewed in the United States on June 1, 2020
Verified Purchase
Glad you had one of 2020’s best indie r&b releases ready for purchase. With my local indie record store closed and not able to provide mail order service at this time, you were my musical rescue line!
Read more
One person found this helpful
Helpful
Comment Report abuse

The Smart Consumer
4.0 out of 5 stars Solid album!
Reviewed in the United States on June 9, 2020
Verified Purchase
Thundercat comes with the heat once again. Another solid album. If you are a fan of Thundercat, you will dig it, if not, it probably isn't going to change your mind. Sounds a lot like Drunk.
Read more
One person found this helpful
Helpful
Comment Report abuse

orlando garcia
5.0 out of 5 stars It really is what it is
Reviewed in the United States on July 8, 2020
Verified Purchase
Great album, TC really came through with a banging follow up to DRUNK I really like the slow jams "Unrequited Love" "Fair Chance" also "Funny Thing" is such a good song, makes me feel warm and fuzzy, highly recommended
Read more
Helpful
Comment Report abuse

Isaiah Woods
1.0 out of 5 stars I love records
Reviewed in the United States on July 11, 2020
Verified Purchase
I didn’t like that it had skips in it. Might return it
Read more
Helpful
Comment Report abuse

calculush1
5.0 out of 5 stars A More Mature Introspective Thundercat
Reviewed in the United States on April 8, 2020
I haven't fully absorbed this album yet, but I have listened to all of the tracks a couple of times. At first glance, the sound is more somber (some might say, sober?).

The first few tracks are more towards free jazz, but throughout the album there is still the same artistry and virtuosity that you would expect from Thundercat as well as influences from hip hop/electronica. All tracks are mellow (even if the basslines are not). Thundercat is older and more experienced, so of course, the sound and topics are more mature than in his previous albums. I love ALL of his albums, but I may prefer this one the most, time will tell. On his earlier albums some of his lyrics sound like they are straight out of his middle school diary, but the same is not true on this album. Some tracks on, 'It Is What It Is,' are straight poetry. 'Black Qualls,' is an interesting examination of the responsibilities and burdens that people of color who experience financial success have to deal with. There are quite a few love songs, Thundercat is a romantic, he can't make an album without adding his falsetto to these romantic tunes. 'Overseas,' is my favorite of these and has the only comedic "interlude," (go listen, giggles guaranteed). However, many of the songs on this album deal with the nature of existence, loss, and perservering, even in the face of mental health issues. Even goofy, 'Miguel's Happy Dance' talks about the nature of the party life. Is it an empty practice or is it an effective coping mechanism?

'It Is What It Is,' has zero tracks that I habitually skip (I'm looking at you 'Drink Dat'). In particular, I noticed that Thundercat's voice has *significantly* improved as well as his lyrics. We already knew that Thundercat was a boss on the bass, but I think that he truly leveled up with this album.

AlexK
5.0 out of 5 stars Fantastic Album
Reviewed in the United States on April 6, 2020
This album is a great collaboration between Bruner and Ellison. Bruner's music has really come into its own on this album. This album channels his life post-Drunk(2017) to now and the hardships of facing Mac Miller's passing.

Stefi D
5.0 out of 5 stars Great Album
Reviewed in the United States on April 7, 2020
Finally something good that came out of this awful year.
Read more
3 people found this helpful
Helpful
Comment Report abuse
See all reviews from the United States

Mook
3.0 out of 5 stars OK but TC does a better job with Drunk
Reviewed in the United Kingdom on April 15, 2020
Verified Purchase
It's OK.. Not as good as Drunk. Production quality isn't great and sadly despite all the guest contributions it doesn't cut it for me. Not sure what a comedian trying to be an airline pilot adds in one of the tracks, it just doesn't work for me
Read more
Helpful
Sending feedback...
Thank you for your feedback.
Sorry, we failed to record your vote. Please try again
Report abuse

Mr. Karim El-salahi
4.0 out of 5 stars Great tunes and good fun
Reviewed in the United Kingdom on May 12, 2020
Verified Purchase
An album full of funky bass lines, warm harmonics, shibuya-kei style electronics and light hearted lyricism. Kind of like George Duke meets Sonic Coaster Pop. Some may find the combination of these elements slightly jarring but for me it's great fun. I also love the subtle graphic details on the albums outer sleeve. Overall, I am happy with my purchase.
Read more
Helpful
Sending feedback...
Thank you for your feedback.
Sorry, we failed to record your vote. Please try again
Report abuse

Terence J Price
3.0 out of 5 stars OK Thundercat
Reviewed in the United Kingdom on May 5, 2020
Verified Purchase
Could have/should have been a great follow-up to 'Drunk'. Some excellent tracks but overall a disappointment as some tracks seem too vague and not fully realised. The production/mastering on the vinyl sounds muddy with the bass overwhelming everything else. Shame, but OK Thundercat is still better than no Thundercat.
Read more
Helpful
Sending feedback...
Thank you for your feedback.
Sorry, we failed to record your vote. Please try again
Report abuse

Funk man
5.0 out of 5 stars Great album, great tunes
Reviewed in Germany on April 9, 2020
Verified Purchase
Admittedly not as good as Drunk, but still a superb album.
Read more
Helpful
Sending feedback...
Thank you for your feedback.
Sorry, we failed to record your vote. Please try again
Report abuse