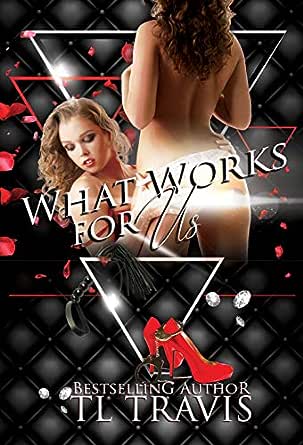 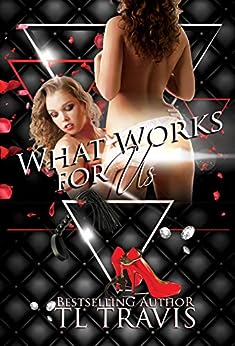 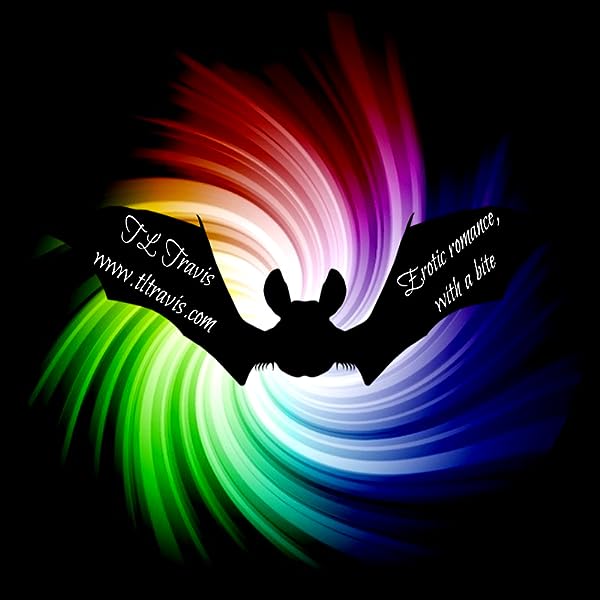 What Works For Us Kindle Edition

Ann Lister
5.0 out of 5 stars Holy Hotness!
Reviewed in the United States on May 10, 2019
I used to reading TL Travis's MM stories so when I was given the opportunity to read one of her FF stories I jumped at it. I was not disappointed. She writes her FF as fluidly as she does her MM with a wonderful mixture of emotion, lust, and angst.
This story starts out with Iris who is upset with her current situation in life. She's at a hotel bar about to kick a man to the curb who is hitting on her. Iris is not interested or amused by this man's unwanted attention. I wasn't sure where this was going until the the sexy package that is Elena walks up to the bar and sits beside Iris. From that point on, I was clinging to every word on each page!
This was a delightfully naughty ride all the way to the last page! I only wished it was longer!!
* I was given an ARC of this story for an honest review.

Christine Lee
5.0 out of 5 stars Well written and fast paced.
Reviewed in the United States on May 3, 2019
**This book was provided to Nerd Girl Official.**

What Works For Us by TL Travis is a warm tale of rediscovery after wrenching emotional changes.

Iris is expecting to celebrate her twentieth anniversary after work, when instead she’s served, right at the nurses station, with divorce papers. Before her nightmare anniversary is over, she finds out he’s not just leaving her, he’s leaving her for a much younger woman, four months pregnant. And he’d told her he didn’t want children!

After patching herself back together best she can, she starts to realize some things about herself. She’d been repressing her natural desires for years. Any time she’d mention something a little out of the box, her husband would ridicule her and say it was her “freak side” coming out. Iris decided it was time to play by her own rules.

And in walks Elena, with a voice so sultry, just hearing it made things tighten deep inside. Can Iris Release twenty years of repression and enjoy what that voice offers?

J. Andrizzi-Gold
5.0 out of 5 stars Go Read This Book!!!
Reviewed in the United States on May 27, 2019
What Works for Us is a re-write of a story TL Travis wrote for an anthology titled The Reality of it All. I read the story and am so glad to elaborated on it and turned it into a novella. The opening of the book is by far the best opening I have ever read. I can’t give anything away, but I can tell you that you will not be disappointed reading this book. TL Travis has a writing style that brings the characters to life. It is hard to determine if you are reading fiction or non-fiction. You gotta read this book.
Read more
One person found this helpful
Helpful
Comment Report abuse

Stephanie Herman
5.0 out of 5 stars mouthwatering!
Reviewed in the United States on May 16, 2019
“In the aftermath of total devastation, the Phoenix is reborn stronger than it was before.”

Jenny Bynum
5.0 out of 5 stars HAWT HAWT HAWT
Reviewed in the United States on May 19, 2019
A lady walks into a bar.....
Yep, that first sentence drew me in hook, line and sinker. Literally. Travis knows how to get her audiences attention from the get go and definitely knows how to keeps our attention until the very end. This is a short, sexy, sweet, seductive and to the point kind of story that left me needing many cold showers throughout the entire story. I highly recommend this read!!

Eric Thornton
5.0 out of 5 stars Wow
Reviewed in the United States on May 3, 2019
Intriguing, momentarily intense, exciting, and addicting; this story is well paced, well written, and will draw you in. It will not let you go until you are finished and then you will want more.
Read more
One person found this helpful
Helpful
Comment Report abuse

jen reilley
5.0 out of 5 stars Great read for me
Reviewed in the United States on May 20, 2019
This is my first book in this genre and TL sucked me right in with the story.

The characters were identifiable and very likable.

It was a hot short read.
Read more
One person found this helpful
Helpful
Comment Report abuse
See all reviews