Whatcha Gonna Do With A Cowboy (Laney Briggs Mystery Book 2) and millions of other books are available for Amazon Kindle. Learn more
Share <Embed> 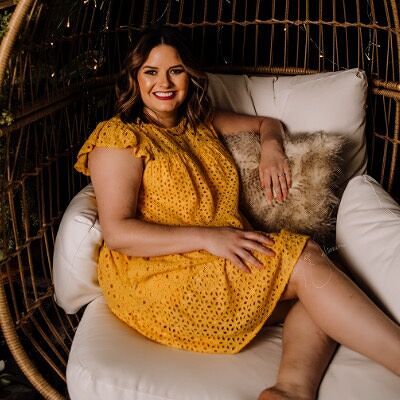 Whatcha Gonna Do With a Cowboy: A Deputy Laney Briggs Novella Paperback – August 18, 2014

by Jodi Linton (Author)
4.3 out of 5 stars 76 ratings
Book 2 of 5: Laney Briggs Mystery
See all formats and editions
Sorry, there was a problem loading this page. Try again.
Read more Read less
Previous page
Next page

Connect with Jodi Linton
jodilinton.com
Facebook:@JodiLintonBooks
Start reading Whatcha Gonna Do With A Cowboy (Laney Briggs Mystery Book 2) on your Kindle in under a minute.

C. N.
5.0 out of 5 stars I loved it!
Reviewed in the United States on August 18, 2014
Verified Purchase
I really enjoyed this novella! Laney and Gunner are back and to throw in a little complication there is Colt Larsen, a good-lookin' United States Federal Marshall. In this novella Laney and Elroy find the high school coach passed out at the football field dressed in ladies lingerie and his wife is no where to be found. Laney starts investigating at the coaches house and has a run-in with someone looking for Kate. The coaches wife is named Missy. She knows there is no one that lives there by that name and tells him so. He in turn tells her that he is a Federal Marshall looking for a lady that scams unsuspecting men out of their money and then disappears.

They begin investigating and find out that Kate has crossed the wrong people and is in big danger. Will they be able to find her in time and what is the connection she has to Colt? In between the investigating things are still nice and steamy with Laney and Gunner. Will it last?

Love this series and hope there will be more. I recommend this book if you are looking for a fun read with some steam. It is sure to keep you entertained.
Read more
6 people found this helpful
Helpful
Report abuse

Laney is back and sassier than ever! This time we find Laney face to face with a feisty Federal Marshal Colt Larsen, who just may have more than a professional interest in the latest case Laney has found herself in the middle of. And the fact that Gunner is out of town isn't helping – all that frustration that Laney has pent up is locked and loaded right at Colt Larsen, which makes for some tense times! When things start to escalate, Gunner may be the only one who can help Laney and Colt bring the bad guys to justice without be collateral damage themselves.

This book had a bit of everything that I love – a lot of mystery, a ton of sass, a heap of suspense, and some real hot steamy times! After we left Laney at the end of Pretty Reckless, it was easy to think she would be setting off on a journey to her own happy ever after, but life is never that simple, especially in the town of Pistol Rock. Laney is still fighting to find peace within herself, and although Gunner has helped to ground her, she still wrestles with her own personal demons. She’s a bit volatile – just ask Colt Larsen about that – and she’s still trying to come to terms with her feelings towards Gunner.
*************
Gunner had many traits. He could be relaxing to be around. He could be bullheaded. He could be demanding. But most of all, he was my addiction.
And I was obsessed. I had always been obsessed.
And maybe true addiction never fades.
Maybe everything I’d ever wanted or needed was right here…right now.
**************
One of the things I like best about this series is that even though Laney and Gunner seem to belong together, there is still something that leaves an air of uncertainty around things. Unlike a lot of books where you just know two characters are meant to be together even if they don’t see it themselves, there is just something about Laney that leaves you wondering just where she’ll end up…which makes me very excited to read the next book since I’m not really sure what kind of trouble Laney will find herself in or just how things are going to turn out for her and Gunner. Things are hot and steamy between the two, but sometimes I feel like the tenderness beneath it all is running a step or two behind…we’ll just have to see what’s in store for them!

There weren't a lot of appearances by some of the characters we got to know in Pretty Reckless, but we do get to spend a dinner with Laney’s parents…they are so not up for any “Parent of the Year” awards! We also get a look at Laney’s cousin Wyatt (a bit of a closer look than Laney would have liked!), and of course we get to spend some time with Elroy during the case. I just love these colorful characters and they really come to life on the page.

And I’d be remiss if I didn't at lease mention that Federal Marshal who showed up in town. Colt Larsen may be sexy as all get out, but he’s got some serious secrets he’s keeping…and I for one hope we get to find out what they are at some point!

I really enjoyed this installment of the Deputy Laney Briggs series, my only complaint would be that it was a novella which means it was too short and I just want more, but of course that’s just me being greedy! This is certainly not your typical cowboy love story, but it’s so easy to fall in love with Laney and the gang from Pistol Rock.

I was given a copy of this book from the publisher for an honest review.
Read more
7 people found this helpful
Helpful
Report abuse

Alwaysscrappin
5.0 out of 5 stars Fun, humerous, hot read!
Reviewed in the United States on August 18, 2014
Verified Purchase
Laney Biggs rides again! Book two in the Deputy Laney Biggs series starts off with a bang – almost literally. What would you do if you found the high school coach in a compromising situation? Things deteriorate from there when Laney takes a shot at a US Marshall investigating the coach and his wife, who has conveniently disappeared. US Marshall Colt Larsen is panty-on-fire hot, but Laney is in lust with Texas Ranger Gunner Wilson, who is equally as hot and with whom she is in a relationship of sorts. Thins get interesting when she catches Colt nosing around Gunner's place. What could he possibly want with Gunner?

Lynn Pool (Ellesea)
5.0 out of 5 stars Sizzling Laney Briggs novella.
Reviewed in the United States on January 13, 2015
Verified Purchase
You'll need to fan yourself whilst reading this standalone novella. It is hot! You don't need to have read Pretty Reckless before hand, but if you love sexy cowboys and intrigue then I recommend that you do.

This new episode in Laney Briggs' life takes off a few months after the Ketamine case in this back water town in Western Texas. Laney is competing with her partner Elroy for the vacant Sheriff position. There is never a dull moment and Laney is happy mostly to be entwined with Gunner again. Life isn't all it seems in Pistol Rocks and long distance relationship with Gunner isn't working when she has an itch to scratch! Cue potential distraction – Federal Marshal Colt Larsen!

Why would Colt be interested in the Coach Granger's missing wife case? That's what Laney needs to find out because she has a hunch that Colt isn't being entirely honest with her... and she needs him to leave town as soon as possible.

Jodi Linton has done it again and even better! The heat factor has gone up some notches and the banter and dialogue between the characters is hilarious – the scene where Laney and Gunner are having dinner with her parents is both laugh-out-loud funny and cringe-worthy all at the same time – fabulous! Lets not for get Pistol Rock's colourful cast of supporting characters; Hello Luke Wagner! And you have a perfect mix of sexy cowboys and misfits!

Incy Black
4.0 out of 5 stars Red Sexy Hot
Reviewed in the United Kingdom on August 17, 2014
Verified Purchase
Quirky…eccentric…colourful…hilarious—yes, What You Gonna Do With A Cowboy is all this, and more. The more being hot. Red sexy hot! And that’s without factoring in the criminal activity that licks the small Texan town of Pistol Rock and its environs, keeping smart-mouthed, kick-ass, Deputy Laney Briggs in steady (and dangerous) employment.

The characters: Strong, confident…and flawed. Funny as all hell, in out of control, party mode.
The relationship: There’s a lot of sizzle, the heat level between Laney and Gunner is in the red zone. But, what makes this a smart read, is the underlying certainty that these two fit. They belong together. If only they can navigate around the obstacles life throws. That’s a big ‘if’. And this is where the Jodi Linton shows her class, because that uncertainty promises to sustain the series. Its all about anticipation…and the unexpected.
The writing: Fluid and packed with personality
The pacing: Never a dull moment

The length: WYGDWAC is a novella. For a terrific read, it was all over too soon. (I believe Book 3 in the Laney Briggs series is ‘full-length’, and I can’t wait)
Read more
Report abuse

Rose
5.0 out of 5 stars Five Stars
Reviewed in the United Kingdom on September 24, 2015
Verified Purchase
This story had just the right mix of romance and intrigue. It sizzled from start to finish. Thoroughly enjoyable!
Read more
Report abuse
See all reviews
Back to top
Get to Know Us
Make Money with Us
Amazon Payment Products
Let Us Help You
EnglishChoose a language for shopping. United StatesChoose a country/region for shopping.
© 1996-2021, Amazon.com, Inc. or its affiliates