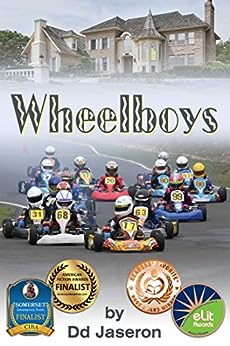 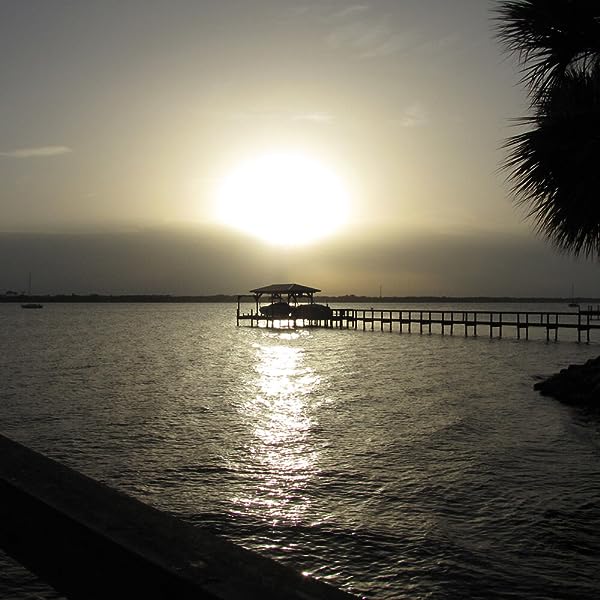 "Author Dd Jaseron writes this book indifferent perspectives which allows the reader to get a unique view of the story from each character's thought process. In addition to this, Jaseron writes with a great style that will make putting this coming-of-age book down difficult to do." -Rachel Kester, Goodreads

"I liked the sections about karting the best - action-packed and vivid high-speed racing. This book had many unexpected twists in the story, and with all these elements, it would make a great movie."  -Jordan C., NetGalley

"Author Dd Jaseron was not afraid to question the adults' motivations as they tried to impress their own dreams and desires on the young people and how many adults were prepared to ruthlessly use young people just for their own financial gain under the guise of helping or mentoring them. This has long been an issue in not only sports but education and other aspects of teenage life in general. The characters were realistic, the pain genuine, and the angst of growing up and experiencing young love was explored and dealt with extremely well. ... This is a book for parents as well as young people. The issues faced by these three families are universal and ones that we all have to confront at various times in our lives. An excellent first novel from a talented author and one I can highly recommend." -Grant Leishman, Readers'Favorite

"Debut author Jaseron has carefully constructed this complex look at the racing scene and how it affects, and may destroy, lives while tainting the morality of those who manage to ascend to the top echelons. Her writing is strong, with a special gift for dialog." -Barbara Bamberger Scott, A Woman's Write --This text refers to the paperback edition.

Dd Jaseron lives on the beachside of Central Florida with her husband, her son, and her Standard Poodle, Isabelle. After many years of writing experience, Wheelboys is her first fiction novel. Dd grew up in Cambridge, Massachusetts where she fell in love with writing at the young age of seven. Her poems and short stories were often published in the Cambridge Chronicle, and she went on to study Creative Writing at the University of Massachusetts. She added to her education with Paralegal studies at the University of San Diego and her Masters education at the School of Family Studies at the University of California San Diego. --This text refers to the paperback edition.

4.0 out of 5 stars
4 out of 5
31 global ratings
How are ratings calculated?
To calculate the overall star rating and percentage breakdown by star, we don’t use a simple average. Instead, our system considers things like how recent a review is and if the reviewer bought the item on Amazon. It also analyzes reviews to verify trustworthiness.
Top reviews

Mercedes Diaz
4.0 out of 5 stars Extraordinary and Different Characters to Love
Reviewed in the United States on January 12, 2020
Verified Purchase
When following Gary and Chad’s story, you get something so outside the realm of normal and in the best way. It’s a close interweaving of friendships gone awry, seemingly unavoidable accidents, and love. Even if you’ve never heard of competitive go-karting or have read anything covering the Southern states, it’s well worth a read.

I greatly enjoyed that the book started right in the middle of things. The background that you need as everything moves forward is delivered in an excellent narrative without weighing down the book at all. I took this one down on a weekend afternoon, it’s not necessarily a short read, but it’s something that I had a really hard time putting down. Everything here is so relationship-driven that I was happy to pick up the tidbits of knowledge that I didn’t go into the story knowing already.

There were a few parts that were a little cheesy, but it definitely didn’t take away from the moment. If you’re looking for a good and quick read with excellent characters, then give this book a try.
Read more
2 people found this helpful
Helpful
Report abuse

A Cannady
5.0 out of 5 stars You're free to choose your actions, but you're not free from the consequences of them.
Reviewed in the United States on January 26, 2020
Verified Purchase
“Wheelboys” by Dd Jaseron was recommended to me by a close friend. I’ll admit, I wasn’t keen on reading it as it didn’t seem to be my type of book, but I trusted their opinion and am glad I did. The book is geared towards young adults but touches on themes that are appropriate for anyone past their childhood. Our protagonist, Chad, wants to become a world-class racer, but when his best friend, Gary, ends up in a tragic accident, he has to rethink everything he knew about his dream field. Gary hasn’t even graduated high school yet and now has criminal charges against him because he was driving the car that crashed and killed his girlfriend. From there, the book delves into the ripple effect of consequences that come from one person’s choice to be reckless. It doesn’t just affect the decision-maker, and this book does an incredible job of proving that point.
Read more
2 people found this helpful
Helpful
Report abuse

Celeste L
5.0 out of 5 stars Dramatic Action-Packed Novel
Reviewed in the United States on January 5, 2020
Verified Purchase
Wheelboys by Dd Jaseron is a coming of age fiction book for adolescents and adults of all ages. The pages of this book are definitely packed full of action but there is also a huge emotional component to this all as well, especially after the tragic accident of one of the characters, Gary. This book revolves a lot around car racing and the adrenaline that comes with it as well as the danger. I do believe there is an important lesson to learn from this novel, especially when it comes to teens racing. This book shows exactly the tragedy that can come from being irresponsible and reckless. The writing is very good, and I would say it is very dialogue driven text, which I liked. It makes it easier to connect with the characters. Overall, I would definitely recommend this book to any adolescent or adult who enjoys dramatic action-packed books.
Read more
2 people found this helpful
Helpful
Report abuse

Amy Williams
5.0 out of 5 stars A poignant look at the need for speed...and the consequences
Reviewed in the United States on January 21, 2020
Verified Purchase
The need for speed is ingrained in a number of families: the Dillangers, the Kilgores, the Gibbons. At an early age, Gary Lee Dillanger learned to drive a go-kart, slowly but surely making his way through the ranks so he could get into the competitive scene. As he and his friend Chad Gibbons are positioned to graduate and pursue their dreams, tragedy strikes. A car accident places Gary Lee in a coma and kills his girlfriend. His mother must contend with charges being brought against her son that he was responsible for the accident. But was he?

Additionally, the Kilgores, the legendary racing family, also have secrets of their own. The need for speed, fame, and fortune haunts the wife. Her husband becomes obsessed with his need for more...speed, fame, and money. But at what cost?

This is a poignant look at the need for speed and the consequences that go along with it. There’s depth, humor, love, and tragedy all rolled into one. I eagerly sped through the pages to reach the end, and I was glad I did. It’s a worthwhile read that’s great for just about everyone.
Read more
2 people found this helpful
Helpful
Report abuse

Zacian
5.0 out of 5 stars You've never seen go-karting like this before
Reviewed in the United States on January 25, 2020
Verified Purchase
Wheelboys is certainly an interesting book as it takes a look at a rather specific group of friends. Chad and Gary are best friends who are working and competing with each other in competitive go-karting. I personally never got into the topic of competitive go karting and had never seen the world illustrated in such a dramatic light. It is full of drama, confliction, and competition. Anyone who was raised in a sports household can really appreciate it -as these themes are not something unique to the competitive go-karting world and one can easily project these lessons into other parts of their lives.
Full of fun, tragedy, and even a little bit of romance -anyone can enjoy this non-conventional drama. This is not something for someone looking to read about an action-packed story full of sports. Rather, it is meant for someone who is more interested in a look behind the scenes and the emotions that come with it.
Read more
2 people found this helpful
Helpful
Report abuse

Jerry Olasakinju
5.0 out of 5 stars The dreamers and the realities of life
Reviewed in the United States on February 1, 2020
Verified Purchase
Very few boys, it appears, dream of becoming professional auto racers nowadays. This may be due to the fact the sport is often affected by life-threatening accidents.
Chad Gibbons and Gary Lee Dillanger are best friends from high school who dream of conquering the auto race world. They begin by practicing with a competitive go-karting ride ably managed by the legendary Kilgore racing family situated in Blue Springs, Alabama. Monroe Kilgore.
After graduating from high school, Chad soon realizes that all that glitters is not gold—the world of professional auto racing has its complicated processes. On the other hand, Gary Lee’s dream is put on hold due to some criminal charges against him.
I haven’t read an enigmatic and tear-jacking book like this in a long time. So enchanting.
Read more
2 people found this helpful
Helpful
Report abuse
See all reviews