When the Beat Was Born: DJ Kool Herc and the Creation of... and millions of other books are available for Amazon Kindle. Learn more
Kindle
$10.99 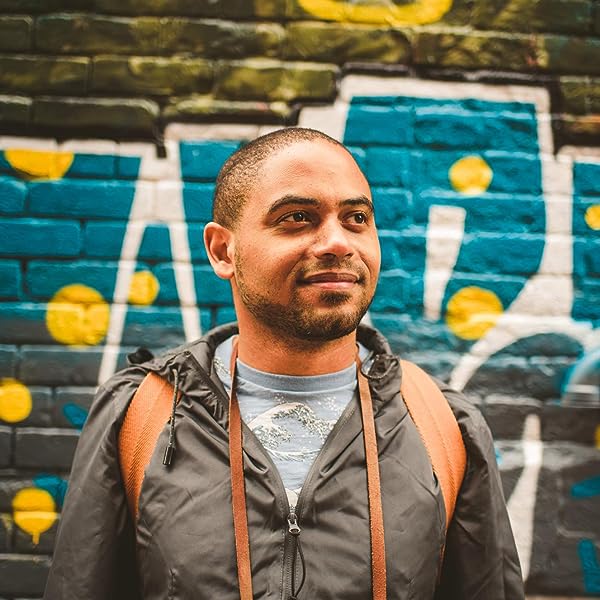 Gr 3-5–As a child in Jamaica, Clive Campbell aspired to be a DJ. At 13, he moved to the Bronx, where he gained the nickname Hercules because he grew to be more than six feet tall. He shortened the name to Herc, added Kool, and is credited as a pioneer of hip hop. He created a new art form for his parties when he plugged in two turntables to create longer breaks for dancing and began chanting the names of his friends during the breaks. Hill's descriptive writing is paired with Taylor's vibrant artwork, which features large crowds dancing, close-up shots of breakdancing, or Herc's hands masterfully spinning the dual turntables. This is a fine introduction to the topic, and the extensive time line, which spans from 1973 to 1986, will help students with reports and show them how this American art form was created.–Glynis Jean Wray, Ocean County Library, Toms River, NJα(c) Copyright 2013. Library Journals LLC, a wholly owned subsidiary of Media Source, Inc. No redistribution permitted.

This picture-book biography introduces one of the unsung creators of hip-hop, Clive Campbell, who was born in Jamaica in 1955. He was entranced by the massive dance parties thrown by a neighbor, and when his family moved to the Bronx, he took up the name Kool Herc and created the innovative techniques behind hip-hop DJing. Stacking musical breaks on top of each other to fuel long stretches of dancing frenzy, calling the kids with the best moves “break-dancers,” and sending shout-outs to friends and little offhand rhymes over the music—Kool Herc unique and hip-hop wouldn’t exist without any one of these flashes of inspiration. By the time rap music really took off, in the early 1980s, he was already out of the limelight but not without leaving a massive legacy. Aside from the bouncy bio of the book’s star, Hill also highlights the positive social force of hip-hop and the boundless energy of musical joy. It’s all matched by Taylor’s freewheeling artwork. A treat from an underrepresented corner of music history. Grades 2-4. --Ian Chipman

“...an expert biography of a hip hop and rap pioneer, and a not-to-be-missed picture-book debut by Taylor, a Washington, D.C. –based artist” ―Publishers Weekly

“Hill also highlights the positive social force of hip-hop and the boundless energy of musical joy. It's all matched by Taylor's freewheeling artwork. A treat from an underrepresented corner of music history.” ―Booklist

“Hill's narration deftly balances detail and momentum, addressing technical innovations while conveying the excitement of listeners on the scene at the birth of something new. Taylor's delicate linework is swept with streaks of earthy browns and muted greens and reds, suggesting swirls and blasts of sound bombarding the old school crowds.” ―BCCB

Laban Carrick Hill is the author of America Dreaming: How Youth Changed America in the 60s, Harlem Stomp!: A Cultural History of the Harlem Renaissance, which was a National Book Award finalist, and Dave the Potter, a Caldecott Honor book, illustrated by Bryan Collier. He lives in Burlington, Vermont.

Theodore Taylor III is an artist, a designer, and a photographer. He is the winner of the John Steptoe Award for New Talent for his work in When the Beat Was Born. He lives in Richmond, Virginia, with his wife and their son Theo.

Start reading When the Beat Was Born on your Kindle in under a minute.

4.9 out of 5 stars
4.9 out of 5
258 global ratings
How are ratings calculated?
To calculate the overall star rating and percentage breakdown by star, we don’t use a simple average. Instead, our system considers things like how recent a review is and if the reviewer bought the item on Amazon. It also analyzes reviews to verify trustworthiness.
Top reviews

Musician
5.0 out of 5 stars Great History
Reviewed in the United States on June 11, 2016
Verified Purchase
I teach music to kids who don't come from the best homes. I used this book as a jumping off point for dance music and some history. My kids, who wouldn't listen to anything else when I taught them, or other books, listened to this one. They loved it, and it was great for a lot of them because they listen to rap, and so this is a good intro into some history about hip hop and rap.
Read more
9 people found this helpful
Helpful
Report abuse

OffVision
5.0 out of 5 stars A bit of history
Reviewed in the United States on May 25, 2020
Verified Purchase
As a Bronx native I've heard this story many times. My 8 son is a music lover and this is a great book to introduce him to a little bit of history about the music he love. I love that the cared more about the words on the paper that the great art work. They changed the color of the words to make sure that the words are visible. I just with the font was a bit bigger but overall it's a great book.
Read more
One person found this helpful
Helpful
Report abuse

clarkemason
5.0 out of 5 stars Good resource for students, great nostalgia for me
Reviewed in the United States on February 16, 2019
Verified Purchase
Used this book for a student project on Hip Hop and it was informative, useful and the student was able to learn more about the origins of a great art form. I loved the illustrations and the book was well written. Brought me back to the old days!
Read more
One person found this helpful
Helpful
Report abuse

CR
5.0 out of 5 stars Well worth it
Reviewed in the United States on December 12, 2019
Verified Purchase
This is a classic that my son will read tp me and i will read to him and this book will be passed down the family line.
Read more
Helpful
Report abuse

Erica Campos
5.0 out of 5 stars Great book!
Reviewed in the United States on December 10, 2016
Verified Purchase
This book is fabulous! I read it at the school library, but immediately bought one for my husband (a former DJ). He enjoyed reading it. The illustrations fit the book perfectly.
Read more
One person found this helpful
Helpful
Report abuse

Reda Rountree
5.0 out of 5 stars One of the best picture books ever written
Reviewed in the United States on June 27, 2019
Verified Purchase
The birth of hip-hop + amazing illustrations + a timeline in the back of important events in music = a great read and conversation starter with your kid who loves rap
Read more
Helpful
Report abuse

James
4.0 out of 5 stars Educational and accessible, fit for everyone
Reviewed in the United Kingdom on February 28, 2017
Verified Purchase
An honest, educational, accessible portrayal of the beginnings of one of the greatest cultural movements of the last century. Kids need to know!
Read more
Report abuse

lucky Phil
5.0 out of 5 stars Well written and illustrated. A super book.
Reviewed in the United Kingdom on June 27, 2020
Verified Purchase
A great book for anyone, super illustration too.
Read more
Report abuse

Maxine Whittaker is
5.0 out of 5 stars Is a really good book
Reviewed in the United Kingdom on August 3, 2018
Verified Purchase
Great book - godson loved it!
Read more
Report abuse

British Commentator
4.0 out of 5 stars For young children only.
Reviewed in the United Kingdom on October 1, 2013
Verified Purchase
This short book about the early years of Hip Hop is for 5 - 7 year olds only.
As an adult I read it all in five minutes, literally.
It only has a few pages of simple English text, with clear and good illustrations.
It contains one error (oft repeated in Hip Hop books) which is it calls Kool Herc's MC crew the "Herculoids" but Herc himself told me it was "Herculords".