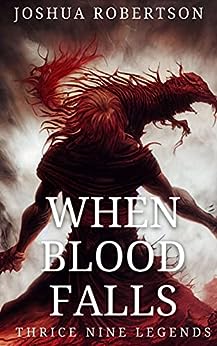 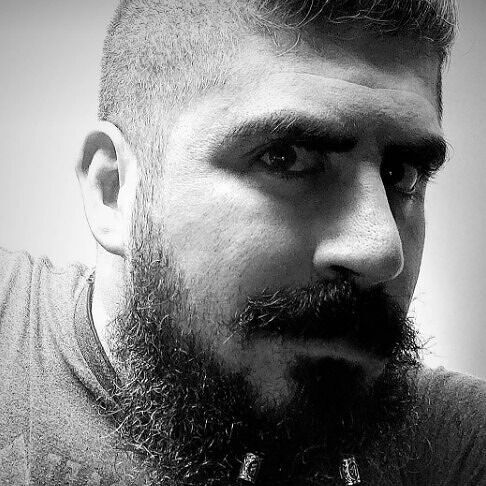 by Joshua Robertson (Author) Format: Kindle Edition
See all formats and editions
Sorry, there was a problem loading this page. Try again.
Defending against the demons of the Deep has long given Tyr Og’s brethren purpose. When Tyr’s mother is robbed from him during childhood, he loses his will to live. Now, filled with rage and regret, Tyr hungers for a worthy death to bring an end to the futility of his life. In a short tale of blood and self-loathing, Tyr seeks the most honorable path to finally join his mother in the afterlife. While the first ennead of books in Thrice Nine Legends can be read separate of one another, the following is the chronological reading order for full enjoyment. Anaerfell, The Blood of Dragons, Book 1 Warden of the Ash Tree The Highborn Longwalker Melkorka, The Kaelandur Series, Book 1 When Blood Falls Dyndaer, The Kaelandur Series, Book 2 The Name of Death Maharia, The Kaelandur Series, Book 3 Heshayol, The Blood of Dragons, Book 2
Read more
Previous page
Next page

Joshua Robertson is an award-winning author in fantasy. He is also a Licensed Master Social Worker, who received his degree from Wichita State University. He has worked with children and families for the past fifteen years in a variety of unique venues: a residential behavior school, a psychiatric treatment facility, and the child welfare system. He has functioned as a supervisor, an educator, a behavior specialist, and a therapist during his career. Mr. Robertson has presented trainings for hundreds of professionals and military personnel on topics that include child abuse and neglect, human trafficking, strengthening the parent and child relationships, and the neurobiological impact of trauma.

You may recognize him as the dude whose dragons were said to destroy George R.R. Martin's and Christopher Paolini's dragons in a very biased Twitter poll. His first novel, Melkorka, was released in 2015, and he has been writing fantasy fiction like clockwork ever since. Known most for his Thrice Nine Legends Saga, Robertson enjoys an ever-expanding and extremely loyal following of readers.

He currently lives in North Carolina with his better half and his horde of goblins.

This is a violent and bloody story. While the violence and blood didn’t bother me, it might bother more sensitive people. So, a heads up on that. The violence didn’t bother me. I have reviewed other Joshua Robertson books before and I know what to expect from them. This book fits right in the world that he is creating. A violent, unpredictable world that is being overrun with demons.

I did feel bad for Tyr during this book. He suffered one loss after another. First his mother, then his sister. I can’t get much into the book other than that. Like I said above, it is a short story and I would be giving away the entire book if I went into it.

I am not going to do a Pros/Cons list because the story is too short for one. I also feel that me doing that would be giving away spoilers to the book.

I would give this book a rating of Adult. While no sex or language, there is graphic violence. I would recommend no one under the age of 21 read When Blood Falls.

There are trigger warnings in the books. If you are triggered by graphic violence, I would not read When Blood Falls.

I would recommend When Blood Falls to family and friends but I would include a warning about the violence. This is a book that I would reread.

Robert Cano
4.0 out of 5 stars Robertson delivers again.
Reviewed in the United States 🇺🇸 on January 17, 2017
Tyr is a typical humanoid, a man of paradoxes. The choices he makes, or the situations he finds himself in, often made me wonder what he was going to do next. The action was steady, which made for a quick read in the rather short 28 page story.

Being a fan of Robertson's writing, I was not let down by this tale, as it was quite a brilliant read, with solid character development for the main character. Some of the later characters are less fleshed out, but there was an open ending with this story that left much to the imagination. Knowing his world as I do, this left me excited to get to learn more about this world and now I can't wait for Maharia, the last installment of his Kaelandur series.

Sue
4.0 out of 5 stars Short and compelling
Reviewed in the United States 🇺🇸 on February 26, 2018
This has to be the shortest story that I’ve ever read. It sticks with you long after you read the last word. I’m very interested in seeing where this story goes next. I received this for free today with a request, not a demand, for an honest review.
Read more
Helpful
Report abuse

Kayla Krantz
4.0 out of 5 stars Quick and Powerful!
Reviewed in the United States 🇺🇸 on March 24, 2017
~I received a free copy of this book for my honest review~

A quick burst of dark fantasy, the story of Tyr Og will take you on an emotional trip leaving you rooting for him from beginning to the end. A short read but definitely worth the time!
Read more
One person found this helpful
Helpful
Report abuse

Kiwwabunny
4.0 out of 5 stars The beginnings of an amazing tale!
Reviewed in the United States 🇺🇸 on February 26, 2018
The story pulled me in immediately. This could be an interesting world if fully fleshed out. I would enjoy hearing more of Tyr and his struggles.
Read more
Helpful
Report abuse

Kindle Customer
4.0 out of 5 stars Received a free copy, honest review voluntarily given.
Reviewed in the United States 🇺🇸 on May 19, 2017
Super short, but so much happens in those few pages it's pretty amazing. You manage to make a connection and feel empathy for the main character in the first few pages. The ending, I was totally not expecting. Not my usual reading but I'm really interested in more.
Read more
One person found this helpful
Helpful
Report abuse
See all reviews
Report an issue
Does this item contain inappropriate content?
Report
Do you believe that this item violates a copyright?
Report
Does this item contain quality or formatting issues?
Report