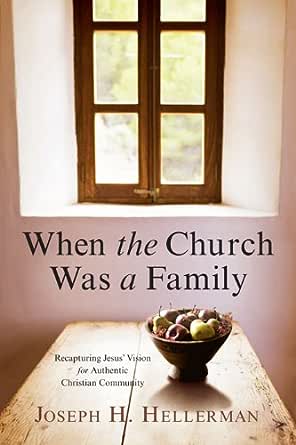 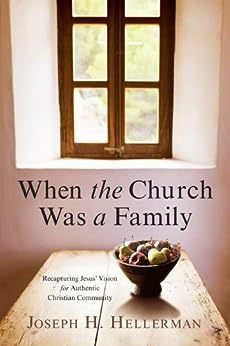 When the Church Was a Family: Recapturing Jesus' Vision for Authentic Christian Community Kindle Edition

is professor of New Testament at Biola University in La Mirada, California, and helps pastor Oceanside Christian Fellowship in nearby El Segundo. He holds degrees from Biola (Master of Divinity and Master of Theology, Old Testament) and the University of California (Bachelor of Arts in English and Masters of Arts in English and History of Christianity).
--This text refers to the paperback edition.

4.2 out of 5 stars
4.2 out of 5
71 customer ratings
How does Amazon calculate star ratings?
Amazon calculates a product’s star ratings based on a machine learned model instead of a raw data average. The model takes into account factors including the age of a rating, whether the ratings are from verified purchasers, and factors that establish reviewer trustworthiness.
Top reviews

J. Wilson
1.0 out of 5 stars Woefully Myopic and Jarringly Unloving
Reviewed in the United States on October 11, 2019
Verified Purchase
Hellerman jumps from an examination of the AD 32-200 church (by way of a brief stop at the Reformation), straight into white American evangelicalism, and attempts to import the sensibilities of an ancient culture into today.

The only person of color or member of a collectivist community that he appears to directly interview for this work, was a single Iranian student.

He also misses entirely the historical and sociological forces that created our individualist society, the foremost being economic and social power. Something his doctor and lawyer SoCal church has a lot of. On the contrary, he appears to treat the concept of Christian empire with either indifference, or approval. Which makes sense, considering how his own descriptions of his church sound like a nightmare of control and manipulation. Maybe it’s not, maybe he’s done a horrible job explaining it. But, he wrote this book. So I can only judge him by his words.

Not once does he use himself and his own failings, mistakes, or struggles as an illustration. He prefers to throw his wife under the bus, saying she struggles with “throwing things away,” and has “OCD.” (Therefore, she “struggled” with having her house invaded, completely rearranged, and some of her stuff thrown away, without any of their family’s consent or knowledge.) A young girl he was a youth pastor for, is described as “rotund” in a story that has a massive glaring question mark, and a sense that he’s not telling us everything. A woman in his church is described as having a favorite TV show that is “trashy” and completely without merit.

Not content to make jabs at women who are easily identifiable by anyone who knows his church, he makes general jabs at women with snarky jokes about the time they spend in the bathroom, or how women want lots of stuff and big houses. “Hurhur, women, amiright?” (He also, for some reason, plunges into “men are from Mars, women are from Venus,” despite that having nothing to do with the point he was trying to make.)

It’s no wonder, frankly, that he works to make the marriage relationship (the whole “becoming one flesh”) so unimportant in this book. He seems to have a deeply low view of women, despite being the father of two daughters.

He points out the dangers of building a cult, but then also disparages people who had the audacity to marry Christians outside his church, and tells his church members to submit to his suggestions because he’s speaking for God. But this isn’t a cult, he argues, because he’s got a team of leaders, and cults can only form if there’s one leader. The reality of #churchtoo shows how bankrupt this view is. A group of powerful men are more likely to circle the wagons and protect their own, than listen and respond to an abuse victim.

Honestly, I could go on. I do, in the notes on my Kindle copy of this book.

But here’s the thing. I DO agree that our churches are too individualistic. I’m speaking as a single woman here. I DO think we need to rediscover a family orientation. But that’s driven by power. We’ve exchanged Christian love for Christian power, and the result is a hot stinking mess in the eyes of the world. The solution is not more power over people.

Listen to the voices of churches who’ve been living in the margins for years, and have had to become a family to survive.

It’s time to listen to our black and brown brothers and sisters, and study what they’ve been doing all along. To learn from their experience.

If you want to rediscover how to make the church a family, then go ask the people who are living this. Not a white, privileged academic who’s studied ancient Rome.

Eric Mitchell
2.0 out of 5 stars Great aim. Poor methodology.
Reviewed in the United States on January 6, 2018
Verified Purchase
Hellerman's aim is admirable: a reclaiming of the New Testament culture of intimate and endearing love among Christians in community with one another. This is a right and biblical aim and premise. Sadly, the way that Hellerman goes about arguing for his case is misguided. His exegesis is often biased. His claims are often unwarranted. For example, when claiming that the American church has "domesticated" Jesus Christ on page 55-56, he cites no research. This is crucial because he builds on this claim throughout the book. Perhaps he is right, but it is not compelling when one's scathing criticism is based on subjective perspective.

Hellerman treatment of Scripture is troubling at times. He seems to argue that it is wrong to emphasize the death of Christ disproportionately (pg. 62-63), but this is the precise emphasis that the gospel writers make! Each of them gives disproportionate attention to the final week of Jesus' life. Does Hellerman now challenge Matthew, Mark, Luke, and John, who wrote the perfect, inerrant Word of God? Hellerman also makes the claim that the solidarity between brothers was the most intimate bond in ancient Jewish society. This is an outlandish claim; especially when considering that Paul describes the marriage bond as "one flesh", likening it to a picture of Jesus Christ and his church. He never shows with acumen why the fraternal bond, and not the parental or marital bond, is the deepest bond in all of human relationships. In other words, he makes his claim but does not justify it with clear, sound biblical exegesis.

This book is not good. It is helpful for its aim of providing perspective on Christian community. But it's great flaw is not in the premise (authentic, loving, sacrificial, highly-prioritized Christian community). It's flaw is in it's methodology.
Read more
18 people found this helpful
Helpful
Comment Report abuse
See all reviews from the United States

MIchelle Nunn
5.0 out of 5 stars A challenging read for those of us raised in the West and submerged in individualism.
Reviewed in the United Kingdom on May 2, 2015
Verified Purchase
A good read, a bit repetitive in places, but the central point that we are saved into community is worth exploring and pondering deeply.
Read more
Helpful
Sending feedback...
Thank you for your feedback.
Sorry, we failed to record your vote. Please try again
Report abuse

Johnny Markin
5.0 out of 5 stars Great historic and culture resource
Reviewed in Canada on August 16, 2017
Verified Purchase
This is a helpful corrective for the individualistic tendencies within Western Christendom. Hellerman helps the reader understand into what context the Early Church was shaped, and how community played a significant role in discipleship of Christian believers in a period marked by persecution from different sources.
Read more
Helpful
Sending feedback...
Thank you for your feedback.
Sorry, we failed to record your vote. Please try again
Report abuse