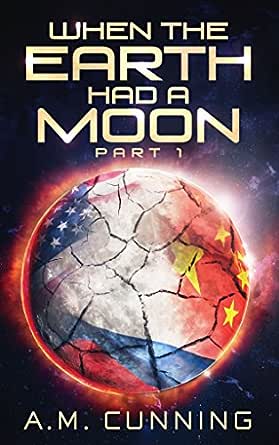 You've subscribed to When the Earth Had a Moon! We will preorder your items within 24 hours of when they become available. When new books are released, we'll charge your default payment method for the lowest price available during the pre-order period.
Update your device or payment method, cancel individual pre-orders or your subscription at
Your Memberships & Subscriptions
There was an error. We were unable to process your subscription due to an error. Please refresh and try again. 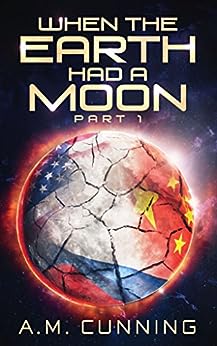 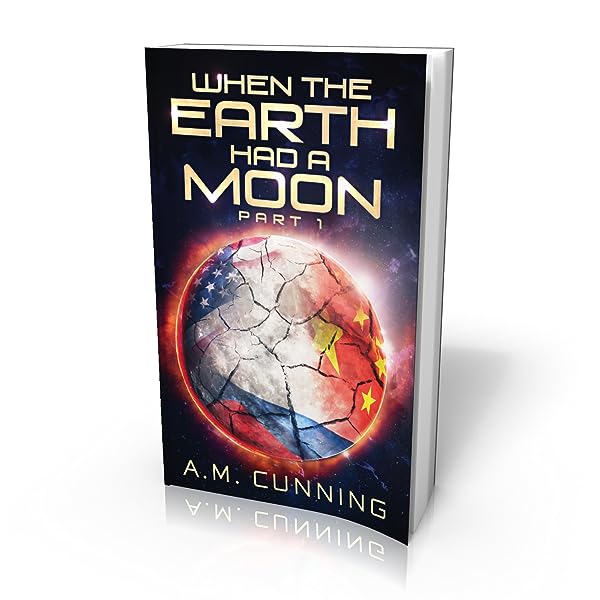 When the Earth Had a Moon (Part 1) Kindle Edition 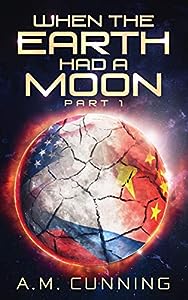 Inspired by a documentary about the moon's effect on the Earth, author, attorney, and screenwriter A. M. Cunning thoroughly researched nuclear fusion in order to write When the Earth Had a Moon. This novel represents part one of this stunning epic.

Originally from the Midwest, Cunning has lived in New York City; Paris; Washington, DC; and San Francisco. She has three children and currently resides in the Midwest.

4.2 out of 5 stars
4.2 out of 5
38 global ratings
How are ratings calculated?
To calculate the overall star rating and percentage breakdown by star, we don’t use a simple average. Instead, our system considers things like how recent a review is and if the reviewer bought the item on Amazon. It also analyzes reviews to verify trustworthiness.
Top reviews

Katie B
5.0 out of 5 stars This is a fantastic first part Science fiction novel
Reviewed in the United States on September 25, 2017
Verified Purchase
Wow! That is the first word that comes to mind when asked about my feelings on this book, wow. This is a fantastic first part Science fiction novel, and I dont usually like Sci-fi but the description intrigued me in the kindle store and I could not resist. The book is about the worlds first permanent moon base that has several different countries working together to develop a peaceful use for the moon for all, but of course political tensions start to arise. That is where the story begins and holy cow is it an adventure. The author is excellent at weaving in the political drama, scientific facts, and daily human follies into one without losing the audience or boring then. In fact, I was intrigued by the information I was handed and ended up more curious than lost in translation. We follow our main character Rex as he searches for his lost fiance and in doing so uncovers so military secrets that put him in possible danger. I loved it, the writing was amazing and I can not wait for part two to come out.
Read more
One person found this helpful
Helpful
Comment Report abuse

Lili
5.0 out of 5 stars From a skeptic...
Reviewed in the United States on September 16, 2017
Verified Purchase
I have to start off with admitting that I am not a Sci-Fi person, like - not at all... To me, just the idea of the genre itself, has always brought images of icky, green aliens, murmuring in their own language, or other suspiciously looking creatures communicating telepathically, teleporting through time and space, using human juice for source of nutrition. The usual, quite uninteresting, story-line-lacking, big Hollywood productions failed to make it any better for me... So needless to say, I was very nicely surprised to discover this book to be quite the opposite of that.

Fast paced story line, full of realistic characters, smart, thoughtful, caring, curious, someone you could be friends with easily... and they are human! dealing with living and working.... Well, in quite the unusual settings - the Moon Base. Considering today's advancements of science, an idea, that is not that distant anymore. The political plot - spot on, if you had any doubts about where we are heading, I'd say that the author pretty much nailed it. If it's not a reality today, it is safe to say, it will be, and sooner than you think.

I also have to say, that I loved the scientific experiments, mixed in with ancient stories, the ever-present suspense, created by more and more mysterious events as the story unravels, magnifying the sense of isolation and dependence on others caused by being not only far from home, but well, on the Moon - cold and unfriendly place, full of traps and surprises, and lacking gravity as well as oxygen... Unlike some, I actually admired the amount and complexity of well researched scientific detail - I didn't feel lost or confused by it, rather impressed and curious, and left wondering how much truth there is to it, and how much of it is just the fantastic imagination of the author herself. As it was combined with the political plot, intertwined with lives and work of civilian scientist, cascade of unpredictable events, and witty comments from Pops... it kept me on my toes until the end, and left me hungry for more. It is easy to forget about time and space while you're engrossed in a great storyline. Not many authors get my attention like that. Although it's a different genre, it reminded me of works by Alistair McLean, terrific novelist, whose books I would read deep into the night like this one.... Waiting for Part 2!!!

Penny
3.0 out of 5 stars Makes you wonder?
Reviewed in the United States on January 20, 2018
Verified Purchase
This story makes you think about what could happen if the moon were to be destroyed. It is kind of scary, but it it also shows that sometimes greed gets in the way of science and everyday life. The soldiers on both sides were aggressive and the company and governments were greedy.
Read more
One person found this helpful
Helpful
Comment Report abuse

Amazon Customer
4.0 out of 5 stars Unique
Reviewed in the United States on November 17, 2019
Verified Purchase
Enjoyed the overall twists. Good role development and flow with interesting takes along the way that were unique within the genre.
Read more
Helpful
Comment Report abuse

Terry L
4.0 out of 5 stars A quick read.
Reviewed in the United States on November 4, 2017
Verified Purchase
What could make the moon disappear? "Part 1' of this series tells us. But how do the stranded scientists get back home/

The plot is different. The writing is good, and the characters are developed.

Georgia
4.0 out of 5 stars New Scenario
Reviewed in the United States on December 21, 2017
Verified Purchase
I liked the story and plot but the characters were not well developed. I am not compelled to read the next book as the characters did not pull me into their lives so that I would care what happened to them.
Read more
Helpful
Comment Report abuse

Derrick
5.0 out of 5 stars Great Read!
Reviewed in the United States on August 31, 2017
Verified Purchase
Great science fiction book. The chapter on nuclear fusion made it easy to understand. Pops was a good character - he really made me laugh. I am ready for part 2!
Read more
3 people found this helpful
Helpful
Comment Report abuse
See all reviews

bob.
5.0 out of 5 stars Absorbing Idea
Reviewed in the United Kingdom on August 15, 2019
Verified Purchase
It took a while to get in to about 3 lines the sort of story you have a job to put down
Read more
Report abuse
See all reviews