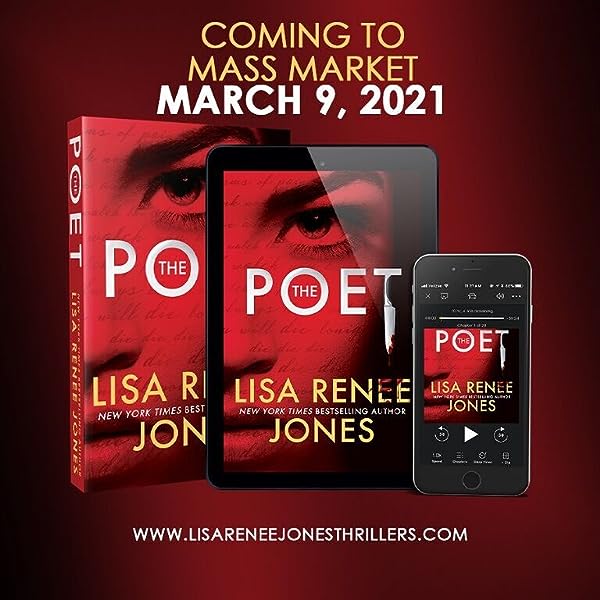 Start reading When He's Dirty (Walker Security: Adrian’s Trilogy Book 1) on your Kindle in under a minute.

4.7 out of 5 stars
4.7 out of 5
203 global ratings
How are ratings calculated?
To calculate the overall star rating and percentage breakdown by star, we don’t use a simple average. Instead, our system considers things like how recent a review is and if the reviewer bought the item on Amazon. It also analyzes reviews to verify trustworthiness.

S. Abrams
5.0 out of 5 stars Adrian and Pri - a passion filled read
Reviewed in the United States on October 27, 2020
Verified Purchase
Talk about a passion filled read, this one will just push all of your buttons because it is that good and then some. Adrian is back after a long stint working undercover for the FBI with the Texas Devil’s Biker Club. His time spent there changed him and he is no longer who he once was. After the bust, Adrian is adrift and winds up working at Walker Security in the hope to reconnect to his human side. However, there is a trial about to begin and the witnesses are dying. Priscilla, aka Pri, is the ADA who is taxed with getting a conviction against the King Devil himself. Yet will all of the disappearances and deaths, not to mention her father’s law firm is making a lot of money by getting the bad guys set free, can Adrian trust her? The chemistry between Adrian and Pri is sizzling. However, when the secrets and lies abound, are these two strong enough to make it through? Readers will have to wait until the next book to find out and I for one am on pins and needles. I volunteered to read a copy of this book.
Read more
2 people found this helpful
Helpful
Comment Report abuse

Mel M
5.0 out of 5 stars Edge of Your Seat Suspense
Reviewed in the United States on October 27, 2020
Verified Purchase
With When He's Dirty, Lisa Renee Jones has set up the perfect chess game. The villain seems to be able to make any move he wants, even from jail, through manipulations, intimidation and fear. While the good guys AKA the prosecuting attorney, the star witness and the elite Walker Security team try to anticipate those moves and stay one jump ahead. Fabulous edge of your seat suspense!

Adrian Mack's two year deep undercover FBI assignment stole his soul. Priscilla Miller maybe the only one who can get it back for him. In his mind he's dirty and damaged beyond redemption for crossing the line too many times while being undercover. Pri sees the man underneath and really can identify with him as she's crossed many a line herself as she defended the wrong type of people. Absolving themselves of their sins may become possible with their feelings and understanding of one another.

ReadingOwl
4.0 out of 5 stars Deliciously edgy and sexy
Reviewed in the United States on October 31, 2020
Verified Purchase
The seriously wicked band of Walker security men is reason enough for me to read this book. What a powerhouse of testosterone, humor, and killer instincts.

In typical Jones fashion, the author spins another tale of intrigue, political corruption, murder, and a budding romance smack dab in the middle.

Priscilla is the assistant DA in need of Adrian's help to win the case of a lifetime against a notorious crime lord. Adrian doesn't want to come forward and testify unless he knows he can trust Priscilla. He brings in his Walker team mates and the case starts getting ugly. Adrian is one hot, sexy man and he begins to realize he isn't the only one in danger in this case. When his interest in Priscilla becomes more than he bargained for, he realizes he is duty bound to protect his life as well as Priscilla 's. I love these two together.
Read more
2 people found this helpful
Helpful
Comment Report abuse

Beckyrae99 (Becky Wise)
TOP 1000 REVIEWER
5.0 out of 5 stars Fabulous
Reviewed in the United States on October 27, 2020
Verified Purchase
When He's Dirty is a fabulous start to Adrian's story. You will love that you still get your favorite Walker Security men and even a few new faces. We get to know Adrian a little more through this one and I can't wait to slowly discover more as this series goes on. Adrian will make you giggle when it comes to his bad jokes and his banter with the rest of Walker Security men. Then we have Pri and seeing what trouble follows. She is put in the center of an impossible case. She is smart and knows what it takes to handle things in the court of law. There is some powerful chemistry between Pri and Adrian that will leave you fanning yourself. Yes true to Lisa Renee Jones trilogy processes she leave you hanging with an amazing cliff hanger. I really cannot wait for more Adrian and Pri to come and find out what will happen next. I couldn't put this one down.
Read more
2 people found this helpful
Helpful
Comment Report abuse

Adrian’s past is catching up with him. He’s not a bad guy, he’s a terrific man. He’s just not proud of all he has done and who he had to become all for the job. To take down a bad man. Now that he has to testify to put him away he must reveal all.

Adrian is fearful that this man will never be good enough for Pricilla. This trilogy will keep me on the edge of my seat! ❤️❤️

Christine B.
4.0 out of 5 stars Lies, Stalking & Walker security!!!
Reviewed in the United States on November 9, 2020
Verified Purchase
Adrian Ramos & Priscilla Miller story was awesome, Adrian works for Walker security and Walker leaves no man behind. However, Adrian's past is now catching up to him fast and he don't want to drag his brothers at Walker security into his past, his mess, so he does the only thing he knows how, leave. Blake Walker is not having it, he stops Adrian and let him know that he is family and family protects one another. He sends Adam, Lucifer & of course Savage with Adrian back to Texas.

Adrian worked for six years under cover while he was a FBI agent. The biker club was name King Devils and he was second in command the strategic man. Now time has come for the Devil himself Waters the leader of King Devil's trial and Priscilla Miller the Asst ADA is panicking cause no one knows where the key witness is. Agent Pitts from the FBI is the only person who can contact ex-FBI agent Adrian and Adrian trust no one but his brother and his family Walker Security. So what does Adrian do, he stalks Pri he lie who he is when he meets her he trying to find out if Priscilla can be trusted or if she been converted to be bad by the devil's leader.

Priscilla is the Asst. ADA working the biggest case of her life. She has everything to lose, her job, her dignity and respect she wants from her father. Especially since she quit their family firm as a Defense Attorney to prosecute the monsters her father let go. Pri has one problem her star witness is missing and other witnesses are coming up dead under her protection who does she trust when friends are betraying her everything is failing. Until one day in the coffee shop she visit she runs into Tall, dark & beautiful, she does want to put him at risk because of the case she working on but when he touch her, her skin lights like fire, maybe one touch want hurt but little does she knows he is the very man she has been looking for.
Read more
One person found this helpful
Helpful
Comment Report abuse
See all reviews

Marie P
4.0 out of 5 stars Unless you object?
Reviewed in the United Kingdom on October 27, 2020
Verified Purchase
Corruption, politics, danger and passion...which is most dangerous? Which will kill them first?
Adrian and Pri find themselves in an unexpected and unwanted position but it is not one they can resist, does this put them in more danger or give them something to live for?
Book one of the trilogy, the scene is set, Adrian and Pri have stolen our hearts and we are left with a cliffhanger that has you shouting 'Nooooo' at your kindle...now we wait for book 2.
Read more
Report abuse

Kindle Customer
5.0 out of 5 stars Another 5 star journey
Reviewed in the United Kingdom on November 14, 2020
Verified Purchase
Wow this is where Lisa takes us on another epic list filled journey. There is both an alpha male and a string independent female that compliment each other in every way. This journey will show us yet again that against the odds the good people always triumph
Read more
Report abuse

Mrs c collett
5.0 out of 5 stars Amazing
Reviewed in the United Kingdom on November 22, 2020
Verified Purchase
The story is great and keeps you holding on, couldnt put the book down
Read more
Report abuse
See all reviews