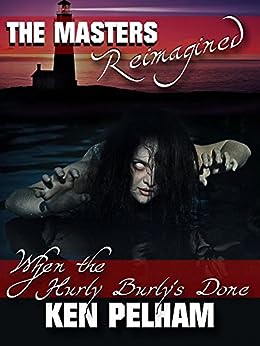 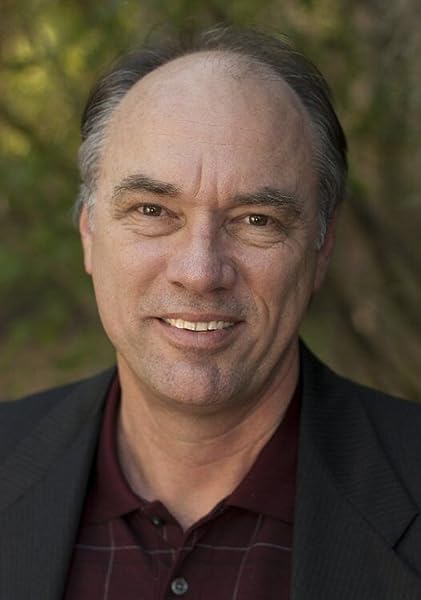 When the Hurly Burly's Done (The Masters Reimagined) Kindle Edition

by Ken Pelham (Author) Format: Kindle Edition
Book 1 of 2: The Masters Reimagined
See all formats and editions
Sorry, there was a problem loading this page. Try again.
A Depression-era theater troupe rolls into the small Florida fishing town of Brigands Key, and the witches of Macbeth once again bend the futures of those ambitious souls that covet the possessions of the rich and powerful.
Sam Hawke, impatient with life and wanting more, finds himself in position to seize the moment and achieve more than he has ever dreamed. But how far is he willing to go, and what price must he pay for lust unabated and ambition unbridled?
A short story from The Masters Reimagined, and inspired by Shakespeare.

INTERVIEW WITH THE AUTHOR


Q - What is The Masters Reimagined?
A - In The Masters Reimagined, ten authors unite to bring something new to the classic stories of literature we all know so well. Masters like James Joyce, Rudyard Kipling, Lewis Carroll, Herman Melville, Leo Tolstoy, and Shakespeare inspired the authors of the Alvarium Experiment in their quest to reinterpret, reinvent, and reshape the stories and characters through speculative twists and turns. This is the third project by the Alvarium Experiment, a consortium of accomplished and award-winning authors.
Q - Where should a reader start when selecting a short story to read in The Masters Reimagined?
A - Each story is self-contained and can be read in any order. The reader is free to select any of the stories at random to begin their experience. The book description will explain the premise for each particular story.


KEN PELHAM writes and skulks about in Maitland, Florida. His two thriller novels, both first-place winners of the prestigious Royal Palm Literary Award have taken readers on archaeological wild rides to the jungles of Guatemala and to floor of the Gulf of Mexico. He is the co-creator of the groundbreaking and award-winning science fiction anthology The Prometheus Saga , the debut project of the Alvarium Experiment. His guide to writing, Out of Sight, Out of Mind: A Writer’s Guide to Mastering Viewpoint, was named the 2015 Published Book of the Year by Florida Writers Association. Great Danger: A Writer’s Guide to Building Suspense provides indispensable advice for writers of all things suspenseful.
Visit Ken at www.kenpelham.com for updates on projects, links to purchase publications, and musings on the genres of suspense.

Next 2 for you in this series See full series
Total Price: $1.98
Books In This Series (2 Books)
Complete Series
The Masters Reimagined
Kindle Edition
Page 1 of 1Start OverPage 1 of 1
Previous page
Next page

For updates on his books and thoughts on literature in general and thrillers in particular, visit www.kenpelham.com.

Amazon Customer
5.0 out of 5 stars Lady Macbeth as a noir femme fatale
Reviewed in the United States 🇺🇸 on July 15, 2017
Verified Purchase
Ken Pelham takes us back to his quirky Brigands Key, this time in the Depression-era 1930s, for a delicious noir tale about lust, greed, and treachery. Hard-boiled Sam Hawke gets drawn into the same plot he’s just enjoyed from a traveling troupe production of Macbeth, as Pelham sets the witches and fun loose on those quaint streets, docks, and fishing boats of a Florida island stuck in its own desolate domain.
Read more
Helpful
Report abuse

Andrew L
5.0 out of 5 stars Bubble, bubble, toil & trouble aplenty!
Reviewed in the United States 🇺🇸 on July 24, 2017
Verified Purchase
Ken Pelham is a master of suspense and his Masters Reimagined short story that retells MacBeth is a mystery reader's bedtime treat. 'Nefarious deeds done dirt cheap' is all you need to know about the plot, set in a Depression-era Florida key where Shakespeare's specters of villainy cast their spell. A thoroughly satisfying read written with Pelham's usual expert flair.
Read more
Helpful
Report abuse

AnnieC
5.0 out of 5 stars Entertaining
Reviewed in the United States 🇺🇸 on July 27, 2017
Verified Purchase
Sam Hawke is mesmerized by the three witches of MacBeth when it is presented in the local high school. In this Florida noir story set in fictional Brigands Key, Ken Pelham takes us on one crazy boat ride that may or may not have a satisfying ending, depending on who you were rooting for. An entertaining read.
Read more
Helpful
Report abuse

Kristin
5.0 out of 5 stars A classic update
Reviewed in the United States 🇺🇸 on July 24, 2017
Verified Purchase
With masterful ease, the author picks up one fictional story and places it in another in a totally believable way. The witches take on new life in this twisted tale that will blindside you in the most wonderful way. Shakespeare would be proud.
Read more
Helpful
Report abuse

Modoc Bailey
5.0 out of 5 stars Great read!
Reviewed in the United States 🇺🇸 on August 10, 2017
Verified Purchase
Great translation of MacBeth to Brigand's Key. Love the time period and characters Pelham chose to use. Fantastic read!
Read more
Helpful
Report abuse
See all reviews
Report an issue
Does this item contain inappropriate content?
Report
Do you believe that this item violates a copyright?
Report
Does this item contain quality or formatting issues?
Report