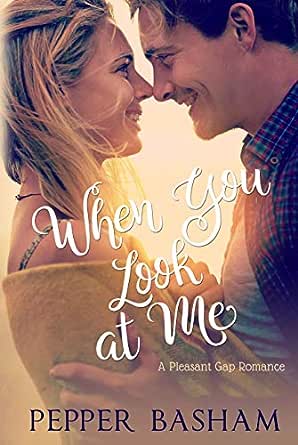 You've subscribed to A Pleasant Gap Romance! We will preorder your items within 24 hours of when they become available. When new books are released, we'll charge your default payment method for the lowest price available during the pre-order period.
Update your device or payment method, cancel individual pre-orders or your subscription at
Your Memberships & Subscriptions
There was an error. We were unable to process your subscription due to an error. Please refresh and try again. 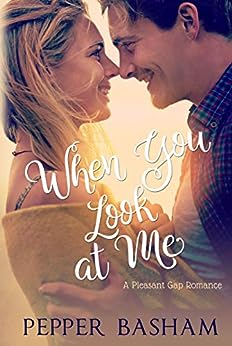 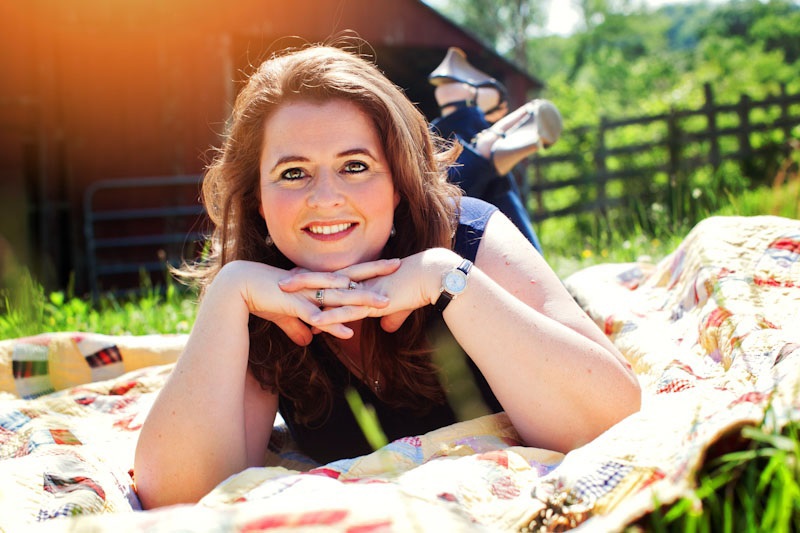 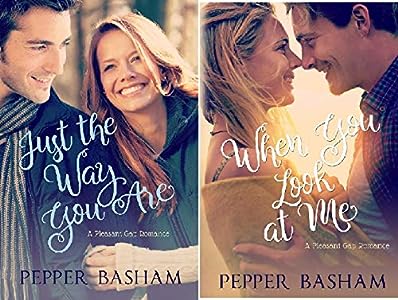 4.8 out of 5 stars
4.8 out of 5
111 global ratings
How are ratings calculated?
To calculate the overall star rating and percentage breakdown by star, we don’t use a simple average. Instead, our system considers things like how recent a review is and if the reviewer bought the item on Amazon. It also analyzes reviews to verify trustworthiness.

Stephanie McCallTop Contributor: Harry Potter
3.0 out of 5 stars Great Premise, Disappointing Execution, But Overall, Still Pretty Good
Reviewed in the United States on November 12, 2018
Verified Purchase
I eagerly anticipated the second Pleasant Gap novel, and overall, Pepper Basham doesn't disappoint. Julia and Henry are a sweet couple worth rooting for, their love of music grounding them in a unique way. This might sound funny, but it's been awhile since I read a romance where the couple had deeply developed common interests. Usually it's either a case of opposites attract (which is fine, too; those are fun), or a case of the couple's outside interests not being developed as well as they might because well, their biggest interest is each other. As an introvert myself, I also loved that Julia and Henry are definite introverts. Henry especially struggles with socializing to a degree that most authors won't touch. I applaud Pepper for tackling social anxiety in a realistic and respectful way, and letting her hero be quiet and gentle rather than macho.

The secrets of Aunt Millie's house and past relationship with Lucas are selling points, too, as are reunions with other Pleasant Gap characters. I kind of wanted Pepper to delve deeper into Millie and Lucas' story, but I seem to recall her doing something like that in Façade; I still need to check that out.

There are some problems that, while not deal-breakers, will jar you out of the story. First off, where on earth was Pepper's editor? The indents in the Kindle edition are so wide that it felt like my eye was jumping all over the place. Words are misused or misspelled, punctuation is absent or misplaced...ugh! I told myself this kind of thing comes with the territory for Kindle editions, but honestly...no, it doesn't. It's sloppy and irresponsible, particularly when the writing is otherwise engaging--for the most part.

The pace drags at various points, and sometimes characters are not given the time or development they need. Other than Henry and Julia, I don't feel like I knew anyone--except Nate Jenkins, who, I'm sorry. I know he's supposed to be this loud, opinionated, yet loveable Papa Bear type--but no. He's often a complete jerk, just because Wes and Henry don't fit his definition of manhood. That's not being protective or taking time to warm up to someone. That's called being judgmental and unfair. Why anyone, especially his wife, tolerates it, I have no idea.

With all that said, though, this latest Pleasant Gap novel is...pleasant, if you can get past the visual and grammatical issues (and I totally understand if you can't). I definitely want to read Sophie and Rachel's stories; the little I saw of them had me intrigued. This is probably more a 3.5 rating, and a good bet if you want to pass the time with something light and warm, with just a dash of historical intrigue.
Read more
7 people found this helpful
Helpful
Comment Report abuse

Tracey~book corner fan
5.0 out of 5 stars Another outstanding "Brittallachian" Pepper Basham book, I loved it! 5 stars!
Reviewed in the United States on October 29, 2018
Verified Purchase
When You Look at Me is a heart-stirring and compelling read from the talented Pepper Basham! She knows the Appalachian culture, and it would seem the British culture as well, as she has merged the two into another totally charming story.

The pairing of introverts Julia and Henry was so cute to watch as it unfolded, each seeing courage and strength in the other, but not in themselves. I loved their awkward musical "dance" around each other until they had no choice but to realize they were meant for each other. There were so many hilarious moments while they were discovering this, the cupcake scene, the roadside delivery and Henry's feeling slightly light-headed and Julia's attempt to steal a pantry kiss!

Basham has done a fantastic job with a wide variety of characters and portraying each of their personalities. I loved them all, from the overbearing gruff dad, Nate down to the adorable youngest kids, Nathan, Peter,Emily and what's not to love about smiling dimpled baby Rose!
Not only does Basham excel at storytelling and character portrayal , but her quotes and words of wisdom are worth remembering, I highlighted quite a few,
From Henry, "Don't allow your past to steal something God has clearly brought into your present."
From Sophie, "sometimes God uses what we least expect to bring us what we need the most."
From Aunt Mille, "Cradle time with a careful hand. We are only given a small number of hours and days with those we treasure." and "Love well and fiercely and with abandon so that when the pain comes, you have the comfort of knowing you lived."
I just loved everything about When You Look at Me, experiencing a full gamut of emotions. Pepper Basham continues to write with extraordinary skill, depth and insight while delivering an entertaining read. I can't wait to see what she has up her sleeve for the next Jenkins sibling. And I'm hoping to catch a glimpse of a wedding or two, or three, in the next book! Actually, I could see Nate having a fit at having to marry off all four of his daughters at once since Eisley's already got the December wedding in the works, and Julia will be graduating. A double wedding at the least!
Read more
8 people found this helpful
Helpful
Comment Report abuse

llamalina reada
5.0 out of 5 stars Stunningly beautiful...
Reviewed in the United States on October 25, 2018
Verified Purchase
Stunningly beautiful...seriously, I have no words for the beauty of this book. A catastrophe with cupcakes and doors is the disastrous meeting of Julia and Henry. This isn’t your regular love story though. When Henry from England meets Julia, she is 7+ months pregnant. After enduring a date rape, she decides to keep her baby with the support of her family and ongoing counseling. However, Henry and Julia share a deep love of music and introverted awkwardness that leads towards healing...and makes great writing. Henry wants to become the man Julia can trust. He wants to be her hero. Julia wants to heal, but struggles with believing she’s worthy. Basham has a way of sharing Julia’s fears after rape that are real and yet inspire a hope of overcoming that pain. While she deals with this heavy subject in a beautiful way, it is about the recovery, not the event. I believe this book would be very healing and inspire hope for anyone struggling with deep hurts or trust issues. This book had me laughing, crying, and having all the feels. It’s a story of hope, and dare I say a hero and heroine...if you want to know Henry’s fear, you have to see how Julia rescues him. It will have you laughing out loud. One of the best books I’ve read all year.

There is no fear in love, but perfect love casts out fear...this is a story of courage, of fighting those fears to find a happy ending.

Though I was provided an early copy by the author, I had already purchased this book. I was not asked for a review. Thank you for sharing this beautiful story Pepper Basham. My heart is bursting with love right now. Her books are real and awe inspiring.
Read more
5 people found this helpful
Helpful
Comment Report abuse
See all reviews

Mum of two
5.0 out of 5 stars Another winner from this author
Reviewed in the United Kingdom on November 6, 2018
Verified Purchase
There’s so much I love about this book. A shy, awkward man who doesn’t say much and a woman who’s recovering from a rape which has changed her life forever - in more ways than one. And can I just say that the lead up to their first kiss is totally worth the wait! Possibly one of the best I’ve read this year so far. What I love about Peppers books is that they feature real people who hurt, do things wrong and yet are still loved and guided by the grace of God.
Read more
One person found this helpful
Report abuse

Kathleen Friesen
5.0 out of 5 stars If you love music and romance, you'll adore this story!
Reviewed in Canada on April 13, 2019
Verified Purchase
How could I not love a story of two awkward introverts who think in music? I adored both Julia and Henry, as well as Julia’s family of extroverts—including her intimidating father, Nate. Watching these two deal with their private pain while moving forward toward their dreams created the best kind of romance.
Faith is a huge part of When You Look at Me, showing God’s grace through trials and joys. The mystery of Julia’s aunt Amelia added an extra layer of intrigue and romance, a golden thread in this gorgeous tapestry.
When You Look at Me is a wonderful story and easily earns five stars. Highly recommended!
Read more
Report abuse
See all reviews