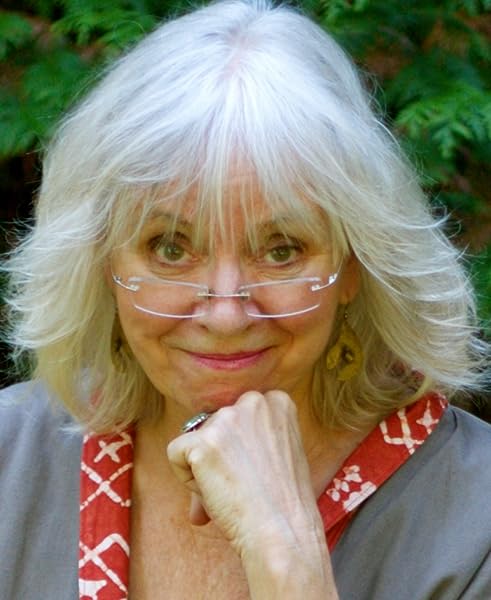 PreS-Gr 1—From the time he was born, Santa is a bit of a special child. From a booming laugh as a baby to a marked preference for red and cold weather as a toddler to the habit of rewrapping and giving away his presents, his ways set him apart from other children. Still, his parents adore him and know that someday he'll become something amazing—maybe a fireman, with all that red? Given his lifestyle choices, his eventual career as Santa Claus is the perfect one, as far as his proud parents are concerned. Santa as a youngster is a strapping, blond, cheerful lad, while his doting parents are plump and smiley—in one scene, his mom wears a cheerful sundress and hat while his dad sports a polo shirt and sandals with white knee socks. VERDICT A fond, reassuring look at the eccentric childhood of a much-beloved holiday figure.—Eva Mitnick, Los Angeles Public Library

PRAISE FOR When Santa Was a Baby:

"He’s an unusual baby: a booming voice, an interest in chimneys, a penchant for standing naked in front of the open refrigerator, enjoying the chill. Later, on Christmas, he rewraps his gifts and gives them to other children. His puzzled but besotted parents shower him with praise and predictions of future greatness. With retro-esque art featuring people whose giant black eyes look ever so slightly crazed, it’s a sweet, gently satirical answer to the eternal question, How did Santa become Santa?" --New York Times Book Review

“Delightfully illustrated, this will become a family favorite.” --Yakima Herald-Republic

"Simple illustrations with white backgrounds use textured surfaces and blurred edges that provide a nostalgic feel of remembered childhood. . . . There have been several recent stories about Santa's origins, but this one is the shortest and simplest, accessible to the youngest of Santa's fans." --Kirkus Reviews

"[A] clever take on the Santa myth that develops him as a character with his own thoughts and motivations. . . . Godbout’s cozy artwork gives the book the feel of a classic while also offering some cheeky moments – as when a young Santa stands naked in front of an open fridge, trying to cool down." --Starred Review, Publishers Weekly

"A fond, reassuring look at the eccentric childhood of a much-beloved holiday figure." --School Library Journal

"Warmth and softness abound, with each character sporting rosy round cheeks and button-black eyes. The art evokes a vintage style that further strengthens and supports the book’s nostalgic appeal. When Santa Was a Baby will make a wonderful addition to any holiday-book collection. Sure to spread joy to readers of all ages year after year, much like the jolly old man in red himself." --Quill & Quire

Linda Bailey is the author of more than two dozen books for children, including the Stevie Diamond mystery series, the Good Times Travel Agency graphic novels, and an eclectic assortment of picture books including If You Happen to Have a Dinosaur and the acclaimed Stanley's Party. She has won awards across North America such as the California Young Readers' Medal, the Georgia Storybook Award, the Ontario Blue Spruce and Silver Birch Awards, the Oregon SMART Award and the Arthur Ellis Award from the Crime Writers of Canada. Born in Winnipeg, Linda has now traveled around the world, and so have her books. She has two grown daughters, Lia and Tess, and lives in Vancouver within strolling distance of the sea.

Born and raised in Quebec, Geneviève Godbout studied traditional animation in Montreal and at the prestigious school of "Gobelins" in Paris. She is the illustrator of a number of books for children including Joseph Phipps (Enchanted Lion). Some of her clients include The Walt Disney Company, Flammarion, Bayard, les editions Milan, and La Pastèque. She also works for clothing designers like Nadinoo and Mrs. Pomeranz creating illustrations and prints for their collections. Visit Geneviève's blog: http://rose-a-petits-pois.blogspot.com/
Read more
Tell the Publisher!
I'd like to read this book on Kindle

4.8 out of 5 stars
4.8 out of 5
111 customer ratings
How does Amazon calculate star ratings?
Amazon calculates a product’s star ratings based on a machine learned model instead of a raw data average. The model takes into account factors including the age of a rating, whether the ratings are from verified purchasers, and factors that establish reviewer trustworthiness.
Top Reviews

Devan Wallen
5.0 out of 5 stars Instant classic
Reviewed in the United States on August 31, 2018
Verified Purchase
Adorable!!! Cute story and charming illustrations. After enjoying it from the library we bought a copy for our house and 1 for a friend. A book we will reread every Christmas season.
Read more
2 people found this helpful
Helpful
Comment Report abuse

MommyInHeels
4.0 out of 5 stars Great Story for Pre-Schoolers at Christmas
Reviewed in the United States on December 26, 2016
Verified Purchase
My son loved this story. So much that he took it to school and insisted the teacher read it to the class. (Luckily, the teacher also loved it.). Aptly named, the book is about Santa's life, infant through sainthood (nothing factual about the Saint--basically it's cute stories a Santa's Mum and Dad would tell about his childhood). A little choppy in the storyline but otherwise sweet.
Read more
2 people found this helpful
Helpful
Comment Report abuse

sarah
5.0 out of 5 stars My favorite holiday book
Reviewed in the United States on February 9, 2018
Verified Purchase
This book is loved by all in our family! Young & old, all genders...
The charming illustrations feel old-fashioned, and the story feels like a classic. It's an excellent read-aloud with one child, a few, or a classroom full of children.
It's an excellent gift (for ages 2-6) if you're looking to give a book for Christmas...especially if you have the occasion to give the book ahead of Christmas.

kissin' cooks
5.0 out of 5 stars Cute & funny story!
Reviewed in the United States on January 19, 2020
Verified Purchase
My grand daughters & I loved this story! They wanted me to read it every night before Christmas & after during their stay with me. It will be part of our Christmas reading tradition!
Read more
Helpful
Comment Report abuse

Kathryn
5.0 out of 5 stars Adorable book!
Reviewed in the United States on December 16, 2016
Verified Purchase
"This book is so good and I think we should give it a good review."- words from my 6 yo daughter after we read it :)
Super sweet story with beautiful illustrations. Perfect addition to our holiday books!

Haleym4
5.0 out of 5 stars How Santa, Became Santa.
Reviewed in the United States on December 26, 2018
Verified Purchase
Adorable story about the baby who grew to be santa. It basically explains everything from the elves and building toys, to his reindeer and love for the color red! My kids (6 and 8) love this book and things it’s oretty cool!!
Read more
Helpful
Comment Report abuse

msjessi
5.0 out of 5 stars Adorable!!
Reviewed in the United States on January 11, 2020
Verified Purchase
This was such a hit in my classroom. The kids laughed and were totally engaged. The illustrations are very beautiful, too.
Read more
Helpful
Comment Report abuse

Donna M.
5.0 out of 5 stars Cute and Unique
Reviewed in the United States on December 4, 2019
Verified Purchase
This is such a cute story with delightful and colorful illustrations. Of course, one already knows how the story will end, but I gave it five stars for its creative storyline. A very sweet holiday book for the younger kiddoes.
Read more
Helpful
Comment Report abuse
See all reviews from the United States

Stephanie Farley
5.0 out of 5 stars Sweet story beautifully illustrated
Reviewed in Canada on December 29, 2018
Verified Purchase
Very sweet story about how a special baby grew up to be Santa. Not too long to read to my kid and illustrations are a delight. Beautiful book to have in a kid's library.
Read more
Helpful
Sending feedback...
Thank you for your feedback.
Sorry, we failed to record your vote. Please try again
Report abuse

Koon Zo
5.0 out of 5 stars Five Stars
Reviewed in Canada on January 18, 2016
Verified Purchase
the story is good and the pics are great
Read more
Helpful
Sending feedback...
Thank you for your feedback.
Sorry, we failed to record your vote. Please try again
Report abuse
Load more international reviews

Amazon Customer
5.0 out of 5 stars Five Stars
Reviewed in Canada on January 16, 2016
Verified Purchase
The little grandson is going to love this one.
Read more
Helpful
Sending feedback...
Thank you for your feedback.
Sorry, we failed to record your vote. Please try again
Report abuse

Page 1 of 1 Start overPage 1 of 1
This shopping feature will continue to load items when the Enter key is pressed. In order to navigate out of this carousel please use your heading shortcut key to navigate to the next or previous heading.
Back
Next
Pages with related products. See and discover other items: the story of santa claus, christmas picture books