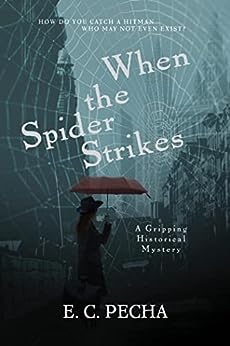 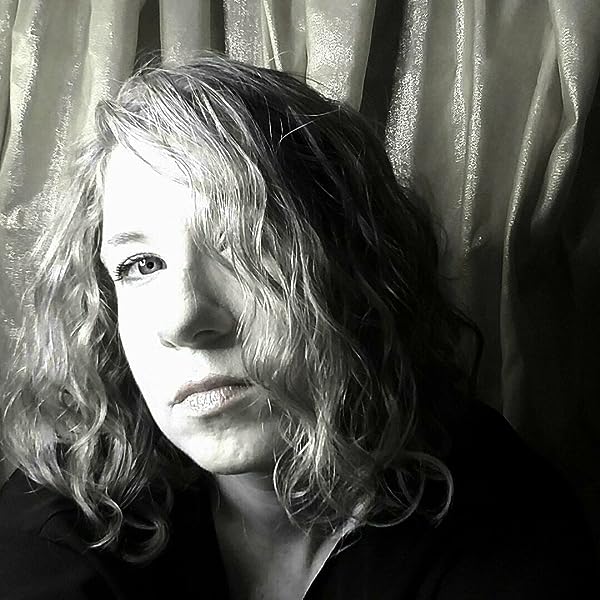 When the Spider Strikes Kindle Edition

by E. C. Pecha (Author) Format: Kindle Edition
See all formats and editions
Sorry, there was a problem loading this page. Try again.

In the midst of the Great Depression, Nolaton City is rife with booze, scandals, and secrets. Rumors circle about a hitman, the Spider, whose victims owe large debts to mobsters and miscreants.

Katherine Dell, a savvy beat cop, has been after the notorious killer ever since her fiance was found dead in an alley. His murder fits the Spider's pattern and she is determined to prove that the hitman is the culprit. But evidence that the Spider exists is sparse, and her fellow officers don't believe the stories. Katherine's colleagues offer no help, only ridicule.

Everything changes when Katherine is assigned a case with deep roots in the criminal underground. She will do anything to uncover the truth, even if it means getting caught in the Spider's deadly web.

E. C. Pecha is an author, storyteller, and all-around weirdo. She has consumed mystery books since she first learned how to read, immersing herself in the twisting plots and gasp-inducing surprises. Now, she is passionate about writing her own, including her debut novel When the Spider Strikes.

She graduated in 2011 with a bachelor’s degree in English Education with a focus on creative writing. Though she no longer teaches professionally, she has a deep respect for those who do.

She is gosh darn proud to be a Minnesotan and happy to live there even when the snow piles up to her ears. During the summer, she gardens and grills with her loving husband, amazing stepson, and spoiled-rotten dog.

Dorothy Ebacher
5.0 out of 5 stars Easy read
Reviewed in the United States 🇺🇸 on October 22, 2022
Verified Purchase
This was a very good story and well written. I look forward to more stories from this author and about these characters. They would make a great serial book line.
Read more
Helpful
Report abuse

Amazon Customer
5.0 out of 5 stars Chilling thriller with strong female protagonist
Reviewed in the United States 🇺🇸 on November 12, 2022
When the Spider Strikes, takes the reader deep into an era of rampant crime, cover-ups, and power plays. Katherine Dell places herself in the middle of it all once her fiance is found dead in an alley. She suspects his killer is notorious hitman the Spider, but the entire police force views his existence as a mere rumor. Katherine becomes a police officer herself so she can prove that he's real and make him pay for the many murders he's committed in the city of Nolaton. She also has to overcome the chauvinistic attitude of her fellow police officers who don't recognize her keen crime-fighting skills.

E.C. Pecha's debut novel grabs the reader quickly and keeps hold throughout the book. The plot twists come unexpectedly and give characters equal opportunity on the suspect list. Katherine's personal journey to overcome grief and other personal struggles offers a relational connection and someone to root for. I recommend this book without hesitation to readers who enjoy the dark side with a distant view of the potential for light at the end of the tunnel.

I received a free copy of this book and am voluntarily leaving a review.
Read more
Helpful
Report abuse

RT
5.0 out of 5 stars Great Storyline
Reviewed in the United States 🇺🇸 on November 1, 2022
First off, let me say that I enjoyed this book right from the start, and I hated realizing I was at the end of the story. I hope the author continues the series. I enjoy books with strong female leads, especially considering the story takes place in the 1930's. I couldn't help think about my parents who would have been teenagers living at that time. While we still deal with gender expectations and biases in today's world, I can't imagine the strength required for the lead character to keep doing what she was doing in an occupation dominated by men. Don't get me wrong… the storyline is not focused on women's liberation. The story is focused on solving a crime within the framework of what the world was like at that time period. The author does a great job of building clues and then providing occasional misdirections up until the killer is revealed and the murders solved. I received an advance review copy for free, and I am leaving this review voluntarily.
Read more
Helpful
Report abuse
See all reviews
Report an issue
Does this item contain inappropriate content?
Report
Do you believe that this item violates a copyright?
Report
Does this item contain quality or formatting issues?
Report