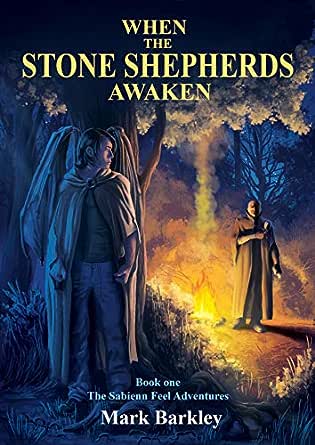 You've subscribed to The Sabienn Feel Adventures! We will preorder your items within 24 hours of when they become available. When new books are released, we'll charge your default payment method for the lowest price available during the pre-order period.
Update your device or payment method, cancel individual pre-orders or your subscription at
Your Memberships & Subscriptions
There was an error. We were unable to process your subscription due to an error. Please refresh and try again. 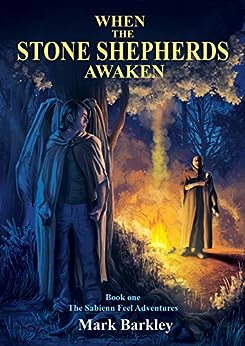 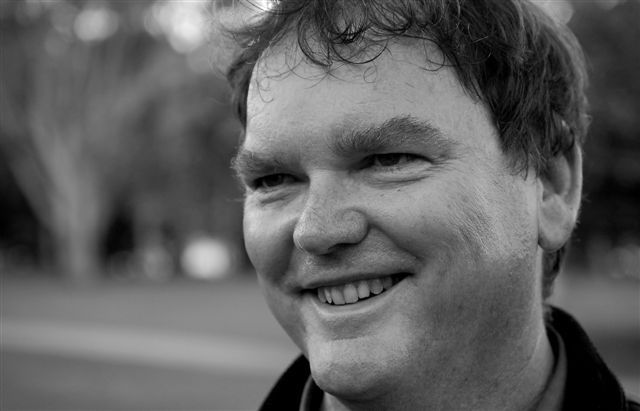 When The Stone Shepherds Awaken: Book One: The Sabienn Feel Adventures Kindle Edition 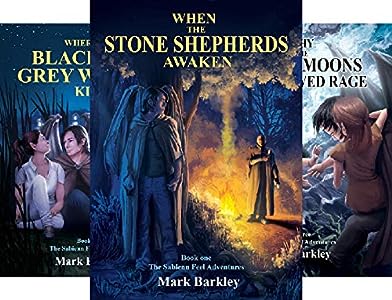 Mark Barkley's past writing experience is detailed and can be accessed through his website www.worksbymarkbarkley.com All of the plays featured here have enjoyed a successful theatrical staging or reading within Australia “The Captains and The Kings” – 1995, “Goodbye Melaleuca” – 1996, “Sylvia Terry” – 1998 and “A Kind of Belgium” – 2000. Two of the plays have been short listed in the George Landen Dann Award, which is Queensland’s premium award for excellence in writing plays; “The Captains and The Kings” – 1992 and “Goodbye Melaleuca” – 1995 The short film “Spades” was short listed in the top ten films of the third annual “What’s On Short Cut Film Fest” and screened in 2001 at the Brisbane Powerhouse. It was also such a pleasure for him in 2007 to rewrite and update his book “The Big Sugar Election” which was originally completed in 1990. The new book “When The Stone Shepherds Awaken” confirms his passion for creating imagined worlds reflecting the human condition. --This text refers to an out of print or unavailable edition of this title.

Trike Road Poet
5.0 out of 5 stars WOW!
Reviewed in the United States on July 4, 2020
Verified Purchase
One hell of a read! Starts at a canter, and takes off from there. Nothing mild about this story, with action a plenty, conflict everywhere, and every body out for themselves in a world totalitarian rule and revolutionary fire.
Read more
Helpful
Report abuse

Kindle Customer lkh
2.0 out of 5 stars The poor live in huts with corrugated tin roofs
Reviewed in the United States on June 24, 2016
Verified Purchase
On my Kindle book, I have read 30% of this book. This is supposed to be futuristic--a colony of people twice removed from the earth. You'd think their world, which has artifacts over 10,000 years old would have new technology. But no, they are still driving cars (though they are all electric), riding the bus, shooting guns and using knives as weapons. The poor live in huts with corrugated tin roofs. They still have prisons. They still use the vernacular of today--things are 'whacked', talk of hitting someone in the gobstopper, etc. This young man suddenly grew wings. No one seemed to find that surprising. One girl wanted to have sex with him because she had never done it with a man who had wings. Oh, and he has gills too, and can breathe underwater, yet no one blinks an eye at this. Please. And the use of "he" and "him", so often leaves me confused as to who is saying or doing what. There have been several places where I just had to read on and hope more explanation would be given later. It hasn't, so far. At the 30% level, I believe I can predict the way this story is going. Doubt that I will finish it. Don't know who wrote the glowing reviews. Maybe friends or family??? Oh, and also: Mr. Barkley, please note:
Full Definition of ablution: the washing of one's body or part of it (as in a religious rite) b plural : the act or action of bathing.
You have repeatedly use this to refer to bodily functions. It does not fit. Unless they are bathing in their own bodily fluids. And solids.
Read more
3 people found this helpful
Helpful
Report abuse

Tbaoo
5.0 out of 5 stars A great read and get ready for more
Reviewed in the United States on August 6, 2015
Verified Purchase
Mark Barkley has managed to drag me head first into his fantasy world. This is the first book of more to come I hope as it really lays a foundation for what should surely follow. I was also very surprised at just how funny it was. I'd thoroughly recommend it. alan
Read more
One person found this helpful
Helpful
Report abuse

Mark Barkley
5.0 out of 5 stars It was a good and involved story that kept me guessing
Reviewed in the United States on December 4, 2016
I’ve just completed “When The Stone Shepherds Awaken” and was pleasantly surprised. It was a good and involved story that kept me guessing. I found the characters enjoyable and was able to relate to their lives. Not wanting to give too much of the story away but there is a part where the main character is in a cave after witnessing an act of genocide. I can still feel the goose bumps when I read it. I also liked the part where the mother sees the son and the son sees the mother. It felt pretty real. As did the part when he was talking himself into suicide. There are people I know who could relate to this. I was almost swayed not to read this book on the strength of the review of Kindle Customer. Since reading the book I’ve found none of the points in that review pertained to anything in the book. As a writer myself I know sometimes a book can evolve. Also as a writer I feel it important to stand by an author as it can be tough. Having read the book I found matters raised by Kindle Customer were unnecessary, were kind of personal and quite frankly had an almost unhealthy preoccupation with the toilet. I think that is where that review should sit. The book that I read was thoughtful, funny, fast-paced in parts and was ideal for this early December winter to sit at home with the feet up. I look forward to the next book. CJ.
Read more
Helpful
Report abuse

Barbara Barkley
5.0 out of 5 stars Rollicking good read!
Reviewed in the United States on August 2, 2015
I'm really enjoying the first book in this series. It's got a great upbeat rhythm that keeps you connected and wanting the best for the characters as the story rollicks along. I'm looking forward to to reading the next book in the series.
Read more
One person found this helpful
Helpful
Report abuse
See all reviews

Daisy
1.0 out of 5 stars The idea was excellent but just so badly written With regards to believability
Reviewed in the United Kingdom on December 10, 2020
Verified Purchase
In less than 24 hours the main protagonists have been beaten, tortured, morphed into other worldly beings and on the run, but show no signs of the physical or mental abuse.
Read more
Report abuse

Barbara Barkley
5.0 out of 5 stars Great story that keeps you engaged!
Reviewed in Australia on June 27, 2015
Verified Purchase
I'm really enjoying the first book in this series. It's got a great upbeat rhythm that keeps you engaged and connected to the characters as the story rollicks along. I'm looking forward to reading the next book in the series!
Read more
One person found this helpful
Report abuse
See all reviews