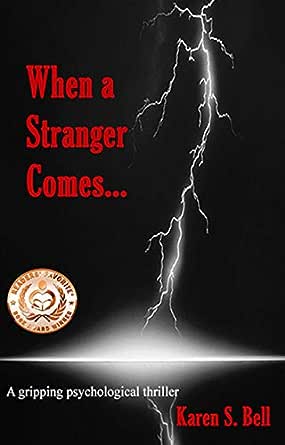 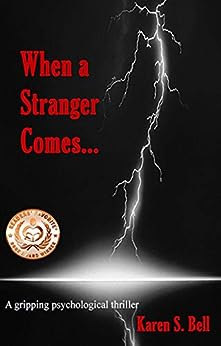 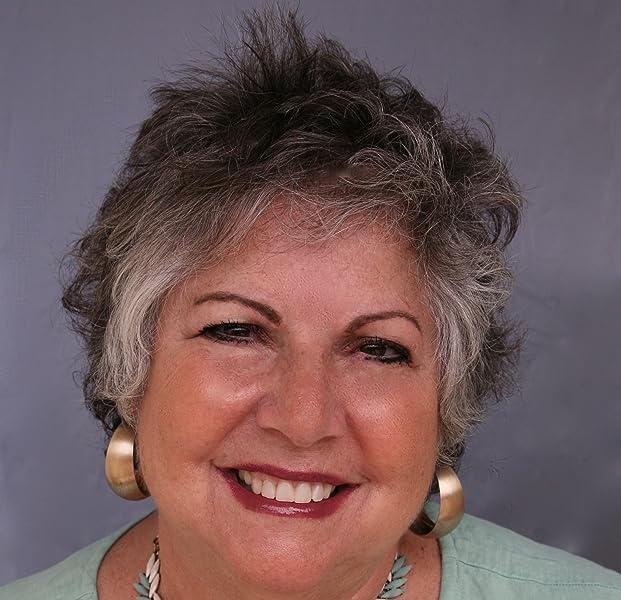 When a Stranger Comes...: A gripping psychological thriller Kindle Edition

This book had such an original plot, I was completely blown away by it. From the moment I started reading, I couldn't put it down --Majanka Goodreads reviewer and reviewer for iheartreading.net

An impressively crafted and consistently engaging read from cover to cover, "When a Stranger Comes..." is an extraordinary novel that reveals author Karen Bell's genuine flair for originality and creating memorable characters deftly embedded in a narrative driven story. While unreservedly and strongly recommended for community library collections, it should be noted for personal reading lists that "When a Stranger Comes..." is also available in a digital book format --Carl Logan Reviewer Midwest Book Review
A methodically paced but wholly engaging literary tale that revels in its dreamlike plot.--Kirkus Reviews
What a clever story with a wonderful balance of fantasy and suspense. Five Stars--Bailey Ember--Texas Book Nook blogger
A successful author who finishes her latest work with "a sense of impending doom, a fear of the unanimous dislike of the work from readers," always asks that her new book is a "blockbuster, sell(ing) in the stratosphere, like (her) first book ... a lifetime ago," bringing with it the addicting flush of adoration and notoriety. But every time she makes that wish she thinks of the old adage: "Be careful what you wish for" and laughs.
In Ponte Vedra author Karen S. Bell's new book "When a Stranger Comes..." the wish fulfilled is no laughing matter. For protagonist Alexa Wainwright, things take a turn when her friend shows up with a sweet-smelling "manifestation" of the alluring romantic hero of her first novel -- her perfect male, who, oddly enough, has the same name, Alex Wainwright, and an amazing contract for her books worth millions.

Succumbing to the mounting temptations, Alexa soon meets the real boss, King Blakemore, the head of Trinity of Sixes Communications, the one behind the "devil of a deal," and a man who has an "uncanny resemblance" to horror movie star Vincent Price and "could easily be a vampire or the Devil himself..."

In her compelling literary style, Bell takes us down a "rabbit hole" as her protagonist tries to escape the clutches of her insatiable greed and "an iron-clad book contract that changes its wording whenever she thinks of a loophole.
A sometimes fun and oftentimes scary look at life and its many temptations.
Remember: Be careful what you wish for. You may get it.--By Lee Scott / For the Times-Union
One of my favorite types of novels, I don't consider this a genre, is a novel written by an author writing about being an author. This is one of those and it is only after reading the final chapter that I highly recommended it. Before the final chapter, the novel is superior. Giving the reader a part to play interpreting information to form an ending satisfactory to the reader makes it superior "plus." --Ron K. reviewer
Five stars!!  Anne-Marie Reynolds for Readers' Favorite
When a Stranger Comes by Karen S Bell is a compelling story. It is a gripping thriller, but it's also got the fantastical side to it as well as the paranormal touch, a rare mix that Karen has really made work. This is so original, a truly clever plot that seamlessly blends reality with an alternate reality. It dips and dives, taking you on a journey you will never forget. Karen has developed her characters flawlessly, to a level where you feel as if you know them inside out. Although the story is set partly in an alternate reality, you feel as though it is really happening, as though it could happen to you at any time. More than just a fictional novel, this story takes us on a journey through real-life issues, like greed, like being careful what you wish for. Not everyone is cut out for a life of fame and fortune and some people get taken in - it's a dangerous world as protagonist Alexa finds out! Fabulous story, so different, so original and so refreshing.
2018 Readers' Favorite Bronze Medal Winner!
When a Stranger Comes...by Karen S. Bell is a riveting, must read psychological thriller with an original gripping plot and heart-pounding storyline and premise.

Author Alexa Wainwright wants nothing more than for her new novel to be a bestseller and regain her renowned international status that her debut novel once gave her. Thrown into an alternate reality, Alexa makes a deal with a bizarre publisher who promises her fortune and fame with her new novel. Despite her resistance and doubts about this strange acting and looking CEO of Trinity of Sixes, Alexa can't resist the idea of her new book becoming a hit and somehow, unknowingly, signs the contract (a deal with the devil?) and gets herself into a deep trap of evil which she must escape. Her greed and desire drags her down into a dangerous evil world of psychological and twisted reality and into an inescapable nightmare.

When a Stranger Comes... by Karen S Bell is filled with mysterious, thrilling and complicated psychological scenarios. The reader will be delighted, engaged and riveted while guessing what's real and what's not. The author takes the reader on a ride of twists and turns with every turn of the page. Reality blends with an imaginative, brilliantly conjured-up and well-written altered reality in this one-of-a-kind psychological thriller. A compelling read with a paranormal slant, Karen Bell pulls it all together with a clever storyline which takes readers on a journey they won't forget. Be careful what you wish for and greed are aptly defined as the protagonist soon finds out. We discover that fame and fortune can be dangerous and is not for everyone. The characters are great and well developed, as I totally related to them and felt like I knew them.

When a Stranger Comes...by Karen S. Bell is a fabulous book and one that is original and different with is orderly dreamy plot and engaging storyline. Chick Lit Cafe recommends this fantastical, literary tale to all psychological thriller readers and beyond.

In my writing, I tackle social issues to which we can all relate. In Walking with Elephants, I brought to light the stresses and struggles of being a working mother. My second novel, Sunspots, dealt with the overwhelming grief when losing a spouse and how for some women marriage can swallow their identity. In this work, I explore the pervasive greed in modern society that directly impacts the health of our planet and all living species.