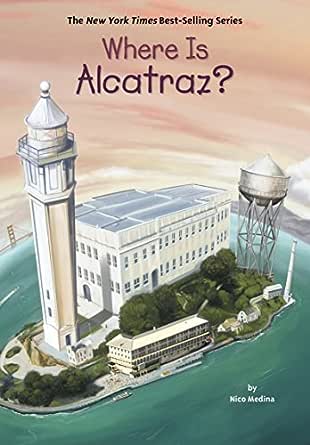 You've subscribed to Where Is?! We will preorder your items within 24 hours of when they become available. When new books are released, we'll charge your default payment method for the lowest price available during the pre-order period.
Update your device or payment method, cancel individual pre-orders or your subscription at
Your Memberships & Subscriptions 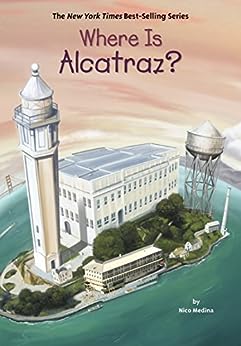 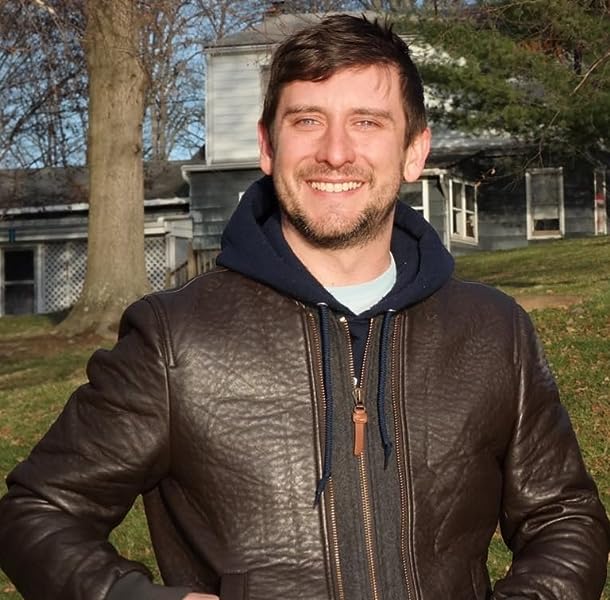 Where Is Alcatraz? (Where Is?) Kindle Edition 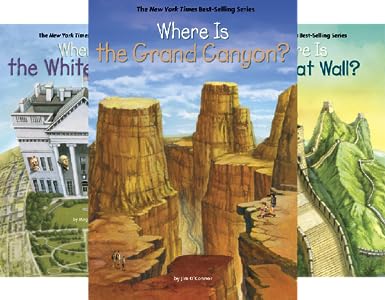 Where Is?
Jim O'Connor
Kindle Edition

On a cool and foggy day in San Francisco, California, hundreds of people are waiting to board a large ferryboat. They bought their tickets days, weeks, even months in advance.

Young and old have come here from all across the United States. Some have traveled from Japan, Brazil, and India. All these people are at Pier 33 in San Francisco for one reason: to go to prison!

But not just any prison. They are here to see Alcatraz, the most famous prison in

Today, Alcatraz Island—also known as “The Rock”—is a national park visited by more than a million people every year. It is reached by boat, one and a half miles across from San Francisco. The violent criminals who once called The Rock home—men like Al “Scarface” Capone and George “Machine Gun” Kelly—no longer live there. Nowadays the island’s residents are mostly nesting seabirds.

However, the prison that held criminals for nearly three decades still stands. Years of pounding waves and stiff sea breezes have eroded its walls, causing the buildings to slowly crumble. But the legends of Alcatraz—tales of evil spirits, dark dungeons, and bold escape attempts—live on to this day.

Chapter 1: Island of the Pelicans

The first human visitors to Alcatraz Island were probably Native Americans. They may have rowed their canoes there to fish and collect eggs from seabirds’ nests. But they wouldn’t live on the island. They may have used it as a place to banish people. They believed evil spirits haunted the island.

Alcatraz Island, in foggy San Francisco Bay, remained hidden from Spanish explorers for more than two centuries. In 1775, a young Spanish naval officer named Juan Manuel de Ayala was the first to spot The Rock, which was covered in pelicans. He named the steep, barren island Isla de los Alcatraces—or “Island of the Pelicans” in Spanish.

On June 29, 1776, Spanish colonists founded a mission, or church, on the mainland. They named the mission after Saint Francis of Assisi—or “San Francisco” in Spanish.

When Mexico won its independence from Spain in 1821, San Francisco and the rest of California became part of Mexico. In 1846, the United States and Mexico began a bloody war over land in the West. The United States took over California after the Mexican-American War ended in 1848. That same year, gold was discovered in California!

San Francisco was a small town until the Gold Rush. As people moved west in search of gold, the city’s population exploded, from a few hundred in 1848 to over thirty thousand just one year later.

San Francisco quickly became America’s biggest and most important city on the West Coast. America needed to defend it against its enemies.

Alcatraz Island, standing guard over San Francisco in the middle of the bay, was the perfect place for a fortress.

Work began on Fort Alcatraz in 1853. One man said the island was nothing but solid rock covered by a tiny bit of soil, with a “crust” of bird poop on top! The sandstone on Alcatraz could be cut with a hatchet. So stronger building materials had to be shipped in from as far away as New York City and China.

A lighthouse opened in 1854. It was the first one on the West Coast of the United States. By December 1859, construction of the citadel, or fortress, was complete. The three-story citadel stood on the island’s highest point. The citadel’s brick walls were more than four feet thick and had many narrow slits from which to fire rifles.

Eventually, Fort Alcatraz held more than one hundred cannons, which could shoot four-hundred-pound cannonballs a distance of nearly three miles! Later, when the citadel became housing for officers, these cannonballs were used to decorate the gardens!

In 1861, Fort Alcatraz was put on high alert. The states of the American South had split from the Union. They formed a new country called the Confederate States of America. The Civil War had begun.

Brigadier General Edwin Sumner, the man in charge of Fort Alcatraz, told his soldiers to fire upon any ship that was flying a Confederate flag. Alcatraz not only defended San Francisco from Confederate attack, it also became a military prison. Soldiers who left their posts or committed crimes were sent to the island to serve their time. The crew of a Confederate ship was also imprisoned at Alcatraz.

Life on The Rock was terrible. Prisoners were forced to do hard labor all day. As many as fifteen men lived in just one dark basement cell. To make matters worse, there was no heat. And no toilets—only buckets!

Conditions at Alcatraz improved for the prisoners. They only stayed in their cells to sleep. During the day, the men had jobs to do. Some built roads or cleaned the prison. Those who could not read or write went to school, while others learned trades, like bookbinding. When they weren’t working, some prisoners were allowed to walk freely around the island. Some even worked as servants for families of officers living on the island—or even as babysitters!

One group was regularly taken to nearby Angel Island, where they kept vegetable gardens. And in the 1920s, some prisoners fought in boxing matches that were held in San Francisco. Local businesses even sold tickets to the events!

Security was not tight. This led to a number of men trying to escape Alcatraz—by stealing rowboats or by swimming. But swimming in the frigid, choppy waters of the bay ended either in drowning or turning around to be rescued.

Around 1909, construction began on an even larger cell house. This giant concrete building would have enough space for six hundred prisoners in individual cells. The cell house would also contain an auditorium, a library, a shower room, a hospital, a kitchen, and a dining room. It was a huge project, and it took the prisoners three years to build! The building still stands today, more than a century later.

But soon, the US military decided it was too expensive to keep Alcatraz open. In 1934, The Rock was handed over to the US Department of Justice (DOJ).

Violent crime was on the rise in America. The crooks of the day were bold and fearless. They robbed banks at gunpoint. They kidnapped rich men and women for ransom money. Mobsters killed one another in city streets. More people were being sent to prison than ever before.

The DOJ had plans for Alcatraz—plans that didn’t include gardening trips to Angel Island or babysitting gigs.

Alcatraz would become US Penitentiary Alcatraz: a maximum-security prison big enough, strict enough, and tough enough to lock up America’s worst criminals. And it would serve as a warning to would-be crooks: Watch out, or you’ll get shipped to Alcatraz.

Perhaps most important of all: The Rock would be “escape-proof.” --This text refers to the paperback edition.

Nico Medina is the author of "Where Is Mount Everest? "and "Who Was Julius Caesar? "He lives in Brooklyn, New York. --This text refers to the library edition.