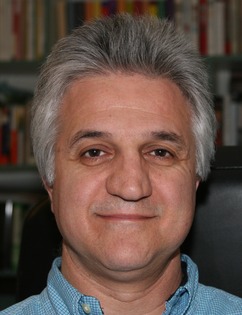 Where My Body Ends and the World Begins Paperback – December 6, 2017

"By turns a detective story, a psychological thriller, and a meditation on grief and loss, Romano's sensitive tale explores the lasting effects of trauma on individuals, families, and entire communities." --Booklist (starred review)

"[An] engrossing, surprising, and psychologically astute novel...Romano is a masterful storyteller, unfolding a captivating and imaginative tale...The story expertly captures the texture and cadence of its Italian community...Characters are well drawn, distinct, and sympathetic...a gripping coming-of-age novel. It tells the unique story of one young man's tentative, halting attempts to understand loss, while also making a broader statement about the strength of community and family, and about the wounds we endure, especially those that may never completely heal." -- Foreword Reviews

On December 1, 1958, a devastating blaze at Our Lady of the Angels School in Chicago took the lives of ninety-two children, shattering a close-knit Italian neighborhood. In this eloquent novel, set nearly a decade later, twenty-year-old Anthony Lazzeri struggles with survivor's guilt, which is manifested through conflicted feelings about his own body. Complicating his life is a retired detective's dogged belief that Anthony was involved in the setting of the fire. Tony Romano's delicate handling of Anthony's journey is deeply moving, exploring the complex psychological toll such an event has on those involved, including families]]and an entire community. This multi-faceted tale follows Anthony's struggles to come to terms with how the events of that day continue to affect him and those around him. Aided by a sometime girlfriend, a former teacher, and later his parentsafter long buried family secrets are brought into the openhe attempts to piece together a life for himself as an adult.

Tony Romano was born in San Salvatore Telesino, Italy, and moved to Chicago when he was eleven months old. His collection of short stories If You Eat, You Never Die (Harper, 2008), and his novel When the World was Young (Harper, 2007), were both finalists in the Society of Midland Authors awards in the Adult Fiction category. He is a two-time winner of a PEN Syndicated Fiction Project award. Both stories were produced for National Public Radio and syndicated to newspapers nationwide. His fiction has appeared in the Chicago Tribune, Sou’wester, Whetstone, and Italian Americana. In 2010, the Illinois Association of Teachers of English named him their Author of the Year. In 2011, he was a finalist for the Norman Mailer Writing Award for High School Teachers. He lives in the Chicago area with his wife and three daughters.
Read more