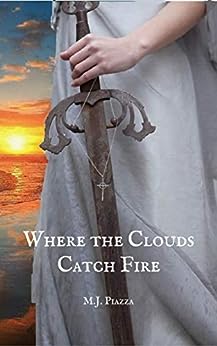 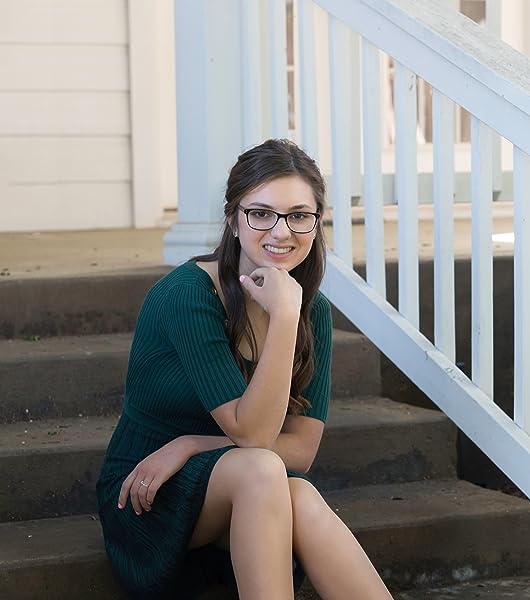 by M.J. Piazza (Author) Format: Kindle Edition
Book 1 of 2: Clouds Aflame
See all formats and editions
Sorry, there was a problem loading this page. Try again.

Alynn has lost one family. Can she kill to protect her new one?

Change is the only constant in Alynn's life. Every few months, there's a move to another house, another town, another church. Finally, her father runs out of Ireland to wander through and takes what's left of his family to Scotland.
They never make it.

Alynn, the only survivor, ends up on a small island. She's taken in by Lukas McCamden, a monk and soldier trapped in a damaged body. But they're not alone. A Norse army led by Chief Konar the Mad is making its way to St. Anne's Monastery. In a desperate attempt to save their home, Lukas teaches Alynn how to wield a sword. She vows to fight off the Norse alongside him. If they win, she gets the home she's always wanted. If they're defeated, she faces death--or worse, slavery.

Alynn doesn't have much of a chance. But if it means a forever home, it's a chance worth taking.

Don't miss this stunning tale of faith, courage, and the power of family. Where I Stand, Book Two in the Clouds Aflame Series, is now available on Amazon.

Hello! My name is M.J. Piazza. I'm a dog-walking, wildflower-picking, Jesus-loving country girl who just so happens to write books. I've loved books my entire life--I still remember my three-year-old self sitting with my mom in our big red armchair as she read Laura Ingalls Wilder's Little House in the Big Woods to me.

I started my first novel when I was ten and got my first copyright before I got my driver's license. I enjoy writing historical works--from Viking to pioneers and everything in between--and my vivid imagination helps a lot.

I enjoyed every minute of being homeschooled, right up until when I graduated in 2018 and moved on to college. My plans for the future involve getting married, homeschooling my own kids, and living in a log cabin in the Wisconsin woods. For the moment, though, I'm content in Texas with my parents, my sister, and my rescue dog Zuma (affectionately known as Fuzz-Butt).

When I'm not writing, I'm studying, working at my day job as an after-school tutor, or playing piano for my church's worship team. I hope you enjoy reading my works. God bless!

bets29Top Contributor: Historical Fiction Books
5.0 out of 5 stars What a Wonderful Story
Reviewed in the United States on May 15, 2019
Verified Purchase
*** Not a romance - but is a story of what makes a family as well as coming to know Jesus Christ as your personal Saviour and fighting to protect God's house and His Word. If you do not want to read scriptures & how they put their trust in him -then this is not the book for you.
This is an amazing story of a young girl and leaving Ireland with her father & brother to live in Scotland - but there is heavy wind and she falls overboard. Things begin to happen. You also learn more when she dreams & thinks about what happened to her & her family when she was younger. *** Worth reading. {I will state that this is not a type book I normally read - yet I kept going back to it and read it within 2 days.}
Read more
4 people found this helpful
Helpful
Report abuse

Shari R Ramsey
5.0 out of 5 stars Will be enjoyed by all!
Reviewed in the United States on January 4, 2019
Verified Purchase
I loved this book so much! I loved the character development and relationships. I really couldn't put it down. The plot was action packed and definitely kept me guessing at what would happen next. I would definitely recommend this book to everybody! I love that it could easily appeal to all ages. It's a great family read aloud and can also be enjoyed by an older, independent reader.
Read more
2 people found this helpful
Helpful
Report abuse

Christian historical romance reader
5.0 out of 5 stars Great Christian message!
Reviewed in the United States on January 9, 2019
Verified Purchase
This was a very interesting story intertwining the Gospel message throughout. The strong family relationships that are developed are refreshing.
Read more
4 people found this helpful
Helpful
Report abuse

Mr. E
5.0 out of 5 stars Great Book !!!!!
Reviewed in the United States on September 9, 2020
great character development
characters feel alive
descriptions are great
writing quality is beyond good
keeps you on the edge
love it keep it up
Read more
One person found this helpful
Helpful
Report abuse
See all reviews