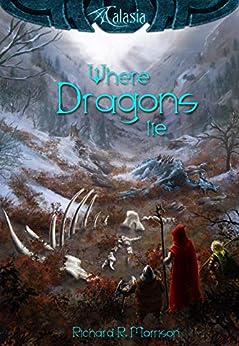 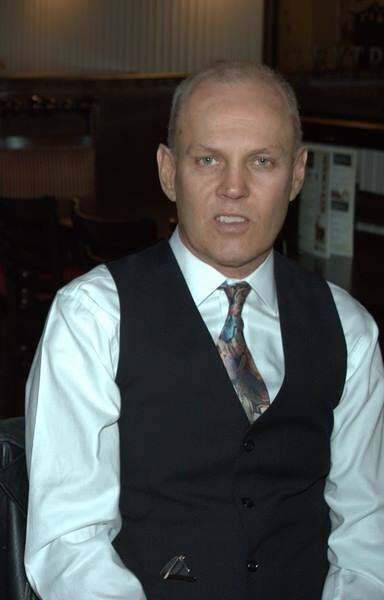 by Richard R. Morrison (Author) Format: Kindle Edition
See all formats and editions
Sorry, there was a problem loading this page. Try again.

In the spirit of the Forgotten Realms and the Dragonlance Chronicles.

“Where Dragons Lie”, is the first in the continuing saga of stories chronicling events in the history of the world of Calasia. “Where Dragons Lie”, is not Calasia’s first story, however it will serve as a starting point in depicting a series of events that move a world and its inhabitants to the brink of total destruction.

The Age of Kingdoms draws to a close as the southern races of Calasia extend their reach into the regions of Free Callibri, announcing the dawn of the Age of Fire. Follow the Chronicles of Calasia, beginning with, "Where Dragons Lie", a tale of tragedy and triumph, and the birth of a life long journey of personal definition for the Hollow Man, on his quest to uncover the elusive secrets of his nightmares filled with the suffering of dragons, and lost memories that may lead him down a path of no return. He discovers parts of himself beyond his control, as time moves at an increasingly slower pace the closer he gets to living out his dreams of terror. All in the making of a man, and the shaping of the world of Calasia.

Explore the continuing Chronicles of Calasia. Ride with the Knights of Almaria, follow the elves of Rothgar and the dwarves of the Gunnerdon Mountains. Fly with dragons. Soar through the skies of Calasia, experience a world rich in history and diversity. Witness the rise of wizards and their dark counter parts jostling for control over the looming threat of an unstoppable calamity. Try to understand the malevolence of an alien entity that steers two worlds into darkness.

Dragons have existed for so long that there is no memory of when they came to be. Dragons ruled this world for millions of years, taking from the land only what they needed to survive. They made their homes in the highest crags, and were one with the land, the sea, and the skies, natural creatures of magic. The dragons of old believed in the One, Father of the Gods, the Creator, who forged the world for them, supported on the branches of the Tree of Life, Yggdrasil. The dragons roamed free, and took what the world had to offer. They called their world, Calasia.

They were masters of day and night, the greatest hunters over all. Steeped in tradition and honor, they took one mate for life. Dragons developed laws and social order. They separated into clans, and when the walking races sprung from the earth, dragons swore an oath never to interfere with their ways.

Of the walkers, man was the most industrious, though shorter lived than most. Men lacked wisdom and foresight, and spread like ivy across the world. They killed and fought amongst themselves, always seeking more than they needed. Some grew in might and magic, dark orders, evil temptresses stealing the lifeblood from the earth, twisting it into something corrupt, tempting the fate of the gods, and mythical figures come to life.

For the longest time, dragons remained loyal to the oath...

Calasia is the mother of elves and dwarves, of men and women, of might and magic, trolls and ogres, and all manner of creatures that walk, crawl, swim and fly. Calasia is alive, her soul the lifeblood of all things, good and evil alike

Richard R. Morrison is a writer of fantasy fiction, chronicling the history of the world of Calasia, depicting a series of events that move a world and its inhabitants to the brink of total destruction.

There are many stories that weave through the tapestry of time on Calasia, however not all hold such significance as the ones you will experience here, as we come to see how Calasia is inexorably linked to Earth.

Scroll up and buy this book to embark on your journey into the World of Calasia.

Richard Robert Morrison was born and raised on the South Shore of Montreal. Growing up in Quebec during the 70’s was exciting to say the least. Rock Music was booming with The Rolling Stones, Led Zeppelin, and Ozzy Osbourne in Black Sabath.

Richard delved into the fantasy fiction worlds of J.R.R. Tolkien, “The Lord of The Rings”, Terry Brooks, “The Sword of Shannara”, and Stephen R Donaldson, “The Chronicles of Thomas Covenant”.

At eighteen years of age he moved away from Quebec, seeking adventure in Alberta. He went to work on the oil rigs. During his spare time living in the camps, he developed a passion for writing short stories.

He thoroughly enjoyed the eighties, and still does. Richard worked briefly in radio, writing, voicing, and selling commercials.

Home sickness drove him back to Montreal. He took creative writing courses at the University of McGill, writing several more short stories leaning towards the fantasy fiction genre.

In 1998, Richard, and his wife and baby daughter moved back to Calgary. He pursued a career in information technology achieving several industry standard certifications, often writing tutorials and technical papers.

He published an adult fantasy fiction short story in 2004, “A Penny for Your Thoughts”, for a book of collective works called “Tall Tales and Short Stories Vol II”.

At the request of his daughter, he began work on, “The Bonding”. The story took on a life of its own and bloomed into a fantasy fiction trilogy.

In the spring of 2011, Richard was accepted to attend the Highlights Foundation Whole Novel Workshop for Fantasy & Speculative Fiction. See here for details. http://www.highlightsfoundation.org/workshops/whole-novel-workshop-fantasy-2014/

With the amazing insight of his mentor, Anne Ursu, and feedback gained through the workshops from his co-writers and friends, Richard went on to complete his final revisions of, "The Bonding", and then embarked on a worldbuilding mission by creating a website, and writing a series of adventurous stories that will serve as backstory to "The Bonding". www.calasia.net/blog

sami cokar
4.0 out of 5 stars A world of dragons and magic.
Reviewed in the United States 🇺🇸 on July 1, 2017
Where Dragons Lie introduces us to the world of Calasia, by following the story of a wounded man rescued from a river, his quest to remember who he is, and the powerful draw that dragons have on him. Fans of magic and fantasy may find this to be an enjoyable read. I look forward to more stories of Calasia.
Read more
Helpful
Report abuse

Alfred E Forbrich
5.0 out of 5 stars Amazing new author and book series
Reviewed in Canada 🇨🇦 on December 8, 2016
Verified Purchase
Richard's writing style is captivating. His descriptions are so detailed I could picture sights, sounds and smell as if I was in the story myself. The pace of the story was perfect, teasing the reader to keep reading. Character development and detail enhanced the story in my mind. This book should appeal to all age groups and to people who are in to fantasy, but may even attract those that haven't been in to fantasy in the past.

Amazon Customer
5.0 out of 5 stars Five Stars
Reviewed in Canada 🇨🇦 on December 2, 2016
Verified Purchase
Very good and very interesting
Read more
One person found this helpful
Report abuse
See all reviews
Report an issue
Does this item contain inappropriate content?
Report
Do you believe that this item violates a copyright?
Report
Does this item contain quality or formatting issues?
Report