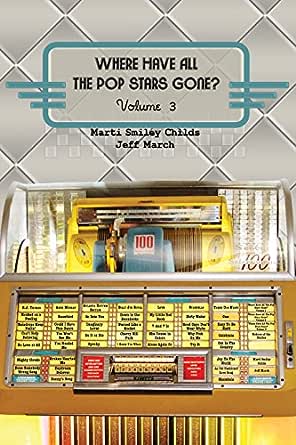 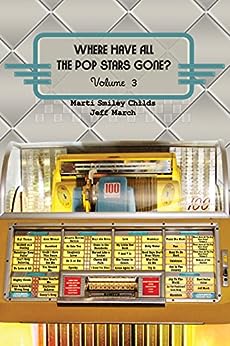 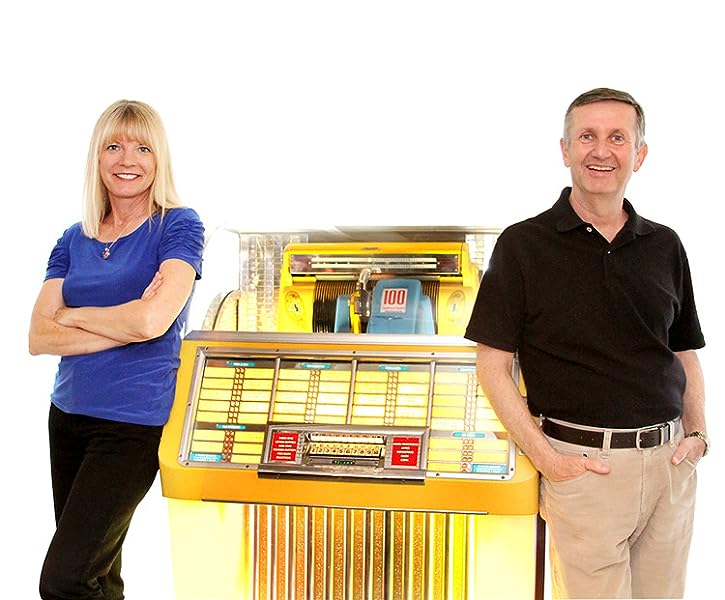 Where Have All the Pop Stars Gone? Volume 3 Kindle Edition

William J. Mcguire
5.0 out of 5 stars Classic Rock was the Best Rock
Reviewed in the United States on April 22, 2017
Verified Purchase
Decent book. Learned a few new things about the Standells and Love. Loved the info on LOVE & what happened to everyone after they broke up. Also, John Fleckenstein who played with Johnny Echols & Arthur Lee in an early band who tried to copy the hair the Beatles were sporting. John Fleckenstein was later in the Standells, whose song Sometimes Good Guys Don't Wear White my garage band performed with great exuberance. It was a fun song to play with challenging vocals. Fleckenstein's life was extremely interesting to read about. This book had wonderful stories about the bands they researched. I highly recommend it.
Read more
One person found this helpful
Helpful
Comment Report abuse

Larry S. Miller
5.0 out of 5 stars Rock 'n' roll is here to stay!
Reviewed in the United States on July 24, 2016
Verified Purchase
Third volume of the series, and sadly, the last. But an excellent and fascinating look at some of our favorite bands and artists!
Read more
Helpful
Comment Report abuse

Ray B
5.0 out of 5 stars Kudo's to all that made contribution's.
Reviewed in the United States on February 1, 2020
Verified Purchase
Very well written!
Read more
Helpful
Comment Report abuse

Laura Pinto
5.0 out of 5 stars Another winner from (the) EditPros!
Reviewed in the United States on April 23, 2017
Just about the only negative thing I can say about  Where Have All the Pop Stars Gone? Volume 3  by Marti Smiley Childs and Jeff March is that it's the final offering in a series of four covering the great music of the 1950s, '60s and '70s. (That's not a typo; the WHATPSG trilogy was preceded by the book that started it all,  Echoes of the Sixties , released in 1999 and now available only in ebook format.) As a lover of this musical era and fan of the book series, I'm a little disappointed that there won't be a Volume 4 or 5 or 15. But having worked diligently over a period of some twenty years to gather and organize and write and publish professional and personal information on more than a hundred singers and musicians (some of whom have since passed away), Childs and March have definitely earned the right to bring the series to its conclusion at the top of its game. Just like  Where Have All the Pop Stars Gone? -- Volume 1  and  Where Have All the Pop Stars Gone? - Volume 2 , Volume 3 presents accurate and comprehensive biographical information about several musical acts—in this case, solo artists Anne Murray, B.J. Thomas, and the late Billy Joe Royal, and bands Three Dog Night, Love, the Standells, and the Atlanta Rhythm Section.

As with its predecessors, the book is broken down into one chapter for each act and, as mentioned in the Preface, "(e)ach chapter encompasses three segments: (1) A historical overview of the highlights of each artist's recording career; (2) A discography list of prominent hit recordings of each artist; and (3) Biographical epilogues chronicling the life experiences of soloists and band members." Once again, the volume is brilliantly laid out in an easy-to-follow format; chapters can be read in any order, and the Table of Contents in the front of the book and the Index at the back makes quick work of locating a particular section. Within the text, webpage addresses (URLs) are included where applicable or helpful.

Direct quotes from the artists themselves, as well as friends, family members and colleagues, make this an entertaining book as well as an informative one. It's always a joy reading about a singer or musician in his or her own words.

Sadly, as was also pointed out in the Preface, several of the artists interviewed and written about by the EditPros team over the years are no longer with us. Most, fortunately, lived long enough to see the finished product; but several others, including Billy Joe Royal (portrayed in this volume), did not. While tragic, these passings make each of the books that much more historically significant—as well as more precious.

I highly recommend  Where Have All the Pop Stars Gone? Volume 3 , as well as the preceding books in the series. All are extremely well written, researched, and organized, and are as enjoyable as they are educational. The musical era may be long gone, but the music lives on.
Read more
One person found this helpful
Helpful
Comment Report abuse
See all reviews

Jackie S
5.0 out of 5 stars Some Are Still Here...
Reviewed in the United Kingdom on April 14, 2020
Verified Purchase
Finally, A Well-Researched Publication ( So Far, In Three Volumes )

The Great Ting About This " Series " Is That Most Of The Information Is Factual, Mainly Because The Publishers Actually Interviewed Many Of The Acts, Along With Personally Autographed Photos To The Authors.

Of Course, Stories, Especially From Group-Members, Often Vary During Recollections Of Each Individual - But-
In Each Volume, There Are Often Interviews With Some Artists That Rarely Gave Out Personal Information When They Were On The Charts.

There Are Some Really Great And Interesting Stories:
" I Didn't Have A Place To Stay, So B.J. Thomas Lat Me Sleep On The Couch In His Office Suite "

" Man, I Used So Many Drugs, I Was Actually Homeless, Living In My Car " ( One Of Three Dog Night )

" They Gave Us The Wrong Producer, And It Showed In Our Later Records " ( One Of The Standells )

Can't Be Too Bad A Read, If The Hollywood Phantom Has Endorsed The Series.
Read more
Report abuse
See all reviews