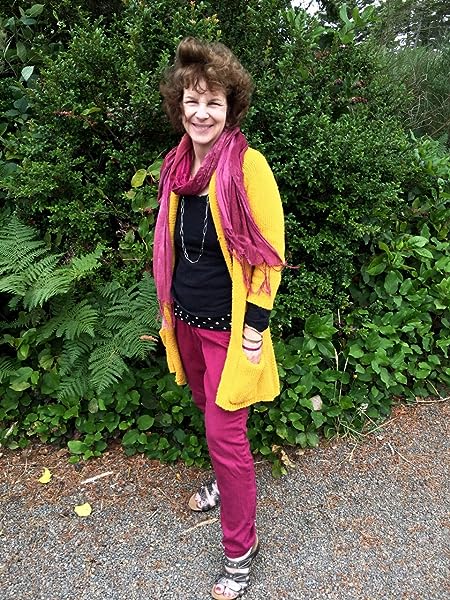 by Deborah Hopkinson (Author), Who HQ (Author), Dede Putra (Illustrator) & 0 more
4.7 out of 5 stars 96 ratings
Part of: Where Is? (36 books)
See all formats and editions
Sorry, there was a problem loading this page. Try again.

Get the inside story on the famous fortress in the heart of Moscow that has withstood fires, invaders, and revolutions for almost seven hundred years.

Lined by nineteen beautiful towers, the high walls of the Kremlin enclose colorful domed cathedrals, treasure-filled museums, and the Russian capitol. But this Moscow fortress has had its share of dark days. Follow along with author Deborah Hopkinson as she recounts the tales of spying, murder, missing children, and lost treasure that are part of this landmark's long history.
Read more
Previous page
Next page

Deborah Hopkinson (www.deborahhopkinson.com) is the award-winning author of more than 40 books for young readers, including Who Was Charles Darwin?

Where Is the Kremlin?


One day about seven hundred years ago, two men met in a fort on the top of a hill. Ivan was a prince. Peter was the head of the church in Russia. They gazed out over a deep forest. The year was 1326. The place was the Kremlin.

The word kremlin means “fortress” in the Russian language. Up to this time, buildings inside the fort’s walls were made of wood. But Prince Ivan wanted buildings that would last. So Ivan and Peter came together to lay the first stone of a new church. They hoped someday their church would stand at the center of a great capital city (Moscow) and a powerful country (Russia).

Their dreams came true. Today, the Dormition Cathedral, the most important church in Russia, sits on this same spot. The seventy acres of the Kremlin are a famous attraction in Moscow, a city of more than twelve million people and the capital of the world’s largest country.

The Kremlin is shaped like a triangle. Over time, Moscow has grown up around it in rings. The Kremlin’s redbrick walls are more than twelve feet thick. In some places, they rise higher than sixty feet. It has twenty towers in all. Nineteen tall ones with spires rise from its walls and seem to touch the sky.

The Kremlin is the official home of the Russian president. It’s also the center of government. In a way, the Kremlin is like America’s White House, Capitol Building (where Congress meets), National Mall, and the many Smithsonian museums all in one. But the Kremlin is much, much older.

Over its long history, the Kremlin has seen emperors and empresses come and go. Enemy armies have stormed its walls. Fierce fires and invaders have destroyed buildings and artwork.

All this makes the Kremlin one of the most fascinating places in the world.


Chapter 1: The Fort on the Hill


The Kremlin and Moscow, the city that grew up around it, lie in the western part of Russia, near Scandinavia and countries around the Baltic Sea. Russia stretches across part of the top of Europe and the top of Asia, all the way to the Pacific Ocean. Russia is larger than China and nearly twice the size of Canada. It spans eleven time zones.

In addition to its great northern forests, Russia boasts mountains, deserts, and flat grasslands called steppes. Russia also contains Arctic tundra. These are places where the ground stays partially frozen all year and no trees grow. Europe’s longest river, the Volga, flows through Russia. Lake Baikal, the oldest, deepest, and largest lake in the world, is here, too. The lake contains one-fifth of all the fresh water on earth. It’s also home to freshwater seals, the only ones in the world.

Little is known about the people who lived in Russia in ancient times. Many scholars believe that in the early 800s, tribal groups called Slavs settled here. Next came the Vikings, whom most Russian historians call the Rus. Over time, the Rus and the Slavs married one other.

Contact with the outside world helped shape Russia’s culture, written language, and religion. Around 988, Prince Vladimir of Kiev converted to Eastern Orthodox Christianity, which was the major religion in the Byzantine, or Eastern Roman, Empire. Its capital, Constantinople, is now Istanbul, Turkey. The Russian Orthodox Church became Russia’s main religion. People still follow its customs today.

Even before Prince Ivan’s time, there was a fort on the hill in Moscow. It’s easy to see why. The spot could be defended easily. Spruce, larch, pine, oak, and fir trees from a nearby forest provided fuel for warmth and logs for building. Sable (a creature prized for its fur), fox, elk, hare, deer, and beaver supplied food and clothing. There was water, too. The Kremlin sits on a bank of the Moscow River. A smaller river once served as a moat.

The first written records that mention Moscow go back to 1147. The first fort dates to 1156. We also have physical evidence that people lived here long ago. Pieces of giant logs have been found, along with the bones of pigs, horses, dogs, and wild game.

Old coins from faraway lands have been found. These tell us that in the tenth century, people in Moscow were trading with other lands. Russian traders sold furs, animal hides, and honey. In return, they bought spices, silk, precious stones, and horses from Asia.

Despite its good defenses, the Kremlin fort couldn’t stand up against all attacks. In 1237, Russia was invaded by a ferocious army called the Golden Horde. The invaders came from Mongolia in East Asia. (Today, the nation of Mongolia is north of China and south of Russia.) The great warrior Genghis Khan founded the Mongol Empire in 1206. Batu, one of his grandsons, led the Russian invasion.

The Golden Horde controlled Russia for more than a century. However, the Mongols didn’t meddle much in everyday Russian life. They respected people’s religious beliefs and allowed local princes to be in charge of their own areas. But the Mongols did demand tribute payments, just as landlords expect rent.

The Mongols were finally overthrown in 1480 by Ivan III. Sometimes called Ivan the Great, this ruler also wanted to make his mark on the Kremlin fortress. And indeed he did.
Start reading Where Is the Kremlin? (Where Is?) on your Kindle in under a minute.

Deborah Hopkinson is as award-winning of picture books, fiction, and nonfiction for young readers. In 2013 she received a Robert F. Sibert Honor and YALSA Excellence in Nonfiction Award honor for Titanic: Voices from the Disaster.

She has won the SCBWI Golden Kite Award for Picture Book Text twice, for A Band of Angels and Apples to Oregon. Sky Boys, How They Built the Empire State Building, was a Boston Globe/Horn Book Honor awardee. She lives near Portland, Oregon.

The Great Trouble, A Mystery of London, the Blue Death, and a Boy Called Eel won the OCTE Oregon Spirit Award and was named a Best Book of 2013 by School Library Journal and an Oregon Book Award finalist.

In 2017, Deborah's awards include the Leslie Bradshaw Oregon Book Award for Courage and Defiance; the Jane Addams Peace Association award for Steamboat School; and the Green Earth Environmental Stewardship Award for Follow the Moon Home, which was also a finalist for the Cook STEM prize. Her middle grade novel A Bandit's Tale, The Muddled Misadventures of a Pickpocket was a Charlotte Huck Recommended book for fiction.

Lulu
1.0 out of 5 stars awful russophobic propaganda
Reviewed in the United States on October 27, 2021
Verified Purchase
This book contains awful Russophobic propaganda. It went straight to trash.
I will never buy anything by NYT again.
Read more
Helpful
Report abuse

Karen Miller
5.0 out of 5 stars History is fascinating.
Reviewed in the United States on June 21, 2019
Verified Purchase
Learning can be fun.
Read more
Helpful
Report abuse

Peter J. Piaseckyj
2.0 out of 5 stars Factually Misleading
Reviewed in the United States on July 30, 2021
Being of Ukrainian heritage and a former teacher, I am always interested in publications on Russia that may be slanted or misinformed. Ms. Hopkinson's historical presentation of Russia is misleading, writing that the beginning history of Rus is somehow not the history or Ukraine's beginnings, but that of Russia. She never even mentions Ukraine. Recently the known truth teller Vladimir Putin wrote his treatise on how Russia and Ukraine are entwined because of their mutual history! The truth is really not told here.
The state of Muscovy originated with the rule of Alexander Nevsky of the Rurik
dynasty, when in 1263 his son Daniel I was appointed to rule the
newly-created Grand Principality of Moscow, which was a vassal state
to the Mongol Empire (under the "Tatar Yoke"), and which had eclipsed
and eventually absorbed its parent duchy of Vladimir-Suzdal by the
1320s. It later annexed the Novgorod Republic in 1478 and conquered
the Grand Duchy of Tver in 1485, and ultimately remained vassal state
of the Golden Horde until 1480,
Tsar Peter the First (reign 1682-1725) and Empress Catherine the Second (reign 1762 -1796) were perhaps the most effective autocrats in forming the Russian Empire. In 1721, Tsar Peter the First receives the titles “All-Russian Emperor”, Muscovy becomes Russia, and with Catherine, after her destruction of the Kozak Zaporizhian Sich in 1775, a semi-autonomous polity of Ukraine.

The book also is slanted to present a benign view of the Kremlin. The horrors of Stalin's Holodomor in the 1030's is omitted. To write that Stalin killed from 2 - 3 million people is absurd. In Holodomor, the Great Famine, he killed from 7-10 million innocent people. How many perished in the Gulags?

childrenslibrarianNY
4.0 out of 5 stars Great series in general
Reviewed in the United States on May 22, 2019
Great series in general. Not sure how I feel about certain statements like the one on page 67 “ The communist party, which is still in power in Russia today. “, knowing kids use these books for research and reports.
Read more
6 people found this helpful
Helpful
Report abuse
See all reviews