Where Madness Lies: A Novel and millions of other books are available for Amazon Kindle. Learn more 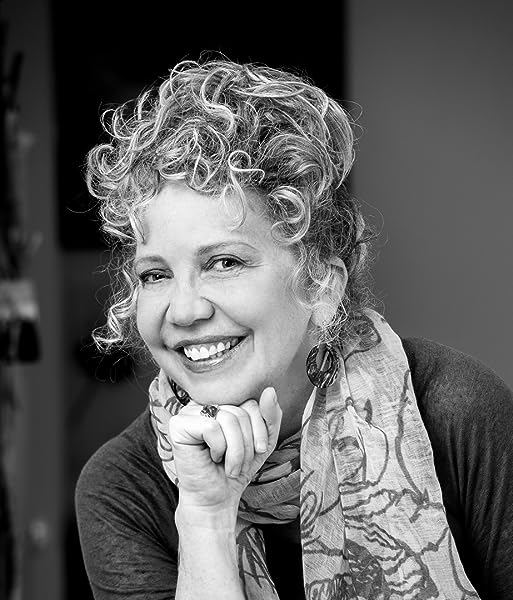 '…an intimate page-turner that is full of heart. This brave novel explores a little-known and horrifying footnote of the Holocaust, as well as longtime patriarchal tendencies to use women's mental health against them, especially as a means of gaining power and control. Engrossing and devastating, Where Madness Lies reminds us of how much is at stake today, as democracy is threatened and fascism looms large.' -- Heidi Pitlor, Author of The Daylight Marriage and Impersonation

'Absorbing and intelligent, Where Madness Lies is a brave and uplifting reflection on an ever-sensitive subject. With deftly-rendered characters, True illustrates just how strong the connections are between past and present.' -- Maryanne O’Hara, Author of Cascade

'Sylvia True's novel is a voyage into the madness of madness, tracing the Nazis' seduction of Germany into the moral catastrophe of racial hygiene. The narrative is written in the voices of two women you can't stop caring about. True tells a story of urgent and deeply consequential familial love across three generations.' -- Alex Rosenberg, Author of The Girl from Krakow

Sylvia True, author of the popular novel The Wednesday Group, was born in Manchester, England to parents who were refugees from Germany. She moved to the US at the age of five, and now lives in Massachusetts with her husband and dogs where she teaches high school chemistry.
Start reading Where Madness Lies: A Novel on your Kindle in under a minute.

4.8 out of 5 stars
4.8 out of 5
61 global ratings
How are ratings calculated?
To calculate the overall star rating and percentage breakdown by star, we don’t use a simple average. Instead, our system considers things like how recent a review is and if the reviewer bought the item on Amazon. It also analyzes reviews to verify trustworthiness.

Blender girl
5.0 out of 5 stars Once again...
Reviewed in the United States on February 10, 2021
Verified Purchase
Sylvia did an amazing job. I was sucked in from the start as I read about the trial of one of the doctors. At first I wasn’t sure how that would fit into the book, but as some of the horrors were revealed, it became increasingly clear. The history was fascinating, but for me it was the characters that won the day. There was such complexity, especially in Inga, who I loved, and sometimes felt frustrated with. She is complicated, understandably so seeing where she comes from. What a troubled and difficult life she led, trying to help her sister, and fleeing from Nazi Germany. With the amount of loss she sustained, it was clear why she became closed off. But then as she helps Sabine, she must begin to open up. She reflects on her past and shares the shame and tragedy with her granddaughter thus giving Sabine an understanding of where some of her fears and shame came from. It’s not a light book by any means, but it is very readable. There’s a lot to unpack, and I think it would be a great book to read for a book group. So much to discuss – mental illness, shame, family secrets, the repercussions of trauma and repression. Anne C
Read more
One person found this helpful
Helpful
Report abuse

DMNQ
5.0 out of 5 stars This is a great book!
Reviewed in the United States on February 25, 2021
Verified Purchase
This was an intriguing book, and the writing style was very compelling. When I wasn't reading it, I kept thinking about the characters, eager to get back to their stories. I've read a tremendous amount about the Nazis' crimes against humanity, but hadn't yet run across anything telling personal stories of this targeted population. This is a great book!
Read more
Helpful
Report abuse

Kelly levesque
5.0 out of 5 stars Great read!
Reviewed in the United States on February 16, 2021
Verified Purchase
I heard the author talk on Jordan Rich’s podcast, and the subject of the book really interested me. There is information in this book about the Nazis and how they treated the mentally ill that I was unaware of. I also think it’s an important book because we still have work to do around the stigma of mental illness. The story was all the more powerful because it was based on the author’s family history. Good for her for sharing.
Read more
One person found this helpful
Helpful
Report abuse

Michael Conway
5.0 out of 5 stars Where Madness Lies
Reviewed in the United States on January 29, 2021
Verified Purchase
Sylvia True has seamlessly woven the threads of two generations - a grandmother who has lived through the horrors of Nazi Germany in 1934 and a granddaughter who is experiencing an episode of mental illness in Boston in the 1980’s. What the granddaughter doesn’t know is that mental illness is a carefully guarded family secret.
Based on a family story, this book is compelling to read as it relates to a period of history that is rarely written about - when eugenics and sterilization were important tools in Nazi exterminations of mentally ill in order to protect future Germans. Highly recommend.
Read more
Helpful
Report abuse

Yarr Books
5.0 out of 5 stars Well written and compelling!
Reviewed in the United States on February 11, 2021
Verified Purchase
The weaving of past and present generation's stories, of family secrets kept, and of the determination to save a loved one all combine to make this a compelling read. The description of Nazi "cleansing" is deeply disturbing and stomach wrenching. We can only hope that society is finally beginning to understand that mental illness should not be hidden but must be handled compassionately. This book should be required reading for anyone who has had a family member impacted by mental illness.
Read more
Helpful
Report abuse

Joseph
5.0 out of 5 stars HAD TO REVIEW!!!
Reviewed in the United States on February 24, 2021
Verified Purchase
This is one of those books that must be read. It’s not a light read by any means, but it’s an important one. Topics of mental illness, eugenics and the Nazis are all woven into this novel. Times have changed, and we certainly don’t treat the mentally ill the way the Nazis did, but there is still stigma around mental illness, and this book serves as a cautionary tale – don’t try to hide or push away the past. Repressed trauma comes back to haunt the family line. I was impressed at the depth of the characters and themes.
Read more

5.0 out of 5 stars HAD TO REVIEW!!!
By Joseph on February 24, 2021
This is one of those books that must be read. It’s not a light read by any means, but it’s an important one. Topics of mental illness, eugenics and the Nazis are all woven into this novel. Times have changed, and we certainly don’t treat the mentally ill the way the Nazis did, but there is still stigma around mental illness, and this book serves as a cautionary tale – don’t try to hide or push away the past. Repressed trauma comes back to haunt the family line. I was impressed at the depth of the characters and themes.
Images in this review

Ellen Bean
5.0 out of 5 stars Engrossing read
Reviewed in the United States on February 2, 2021
Verified Purchase
I loved this book so much, that I pre ordered one for each of my children. From the very first page, I was fascinated, learning something new about a subject with which I thought I was familiar. I became deeply attached to the characters, and whichever time period the characters were in, I was swept along with them. The transitions were seamless. The fact that this very interesting story is based on truth makes this book more remarkable and a must read. I highly recommend this book. E. Bean
Read more
Helpful
Report abuse

Matthew Sullivan
5.0 out of 5 stars Hooked from the start
Reviewed in the United States on March 19, 2021
Verified Purchase
Sylvia's writing style had me hooked from the start. As a person who deals with mental illness in my family her honest portrayal of the impact an individual's mental health has a much larger network was something that rang so true for me. This story gave me hope and was honest at the same time.
Read more
Helpful
Report abuse
See all reviews
Back to top
Get to Know Us
Make Money with Us
Amazon Payment Products
Let Us Help You
EnglishChoose a language for shopping. United StatesChoose a country/region for shopping.
© 1996-2021, Amazon.com, Inc. or its affiliates