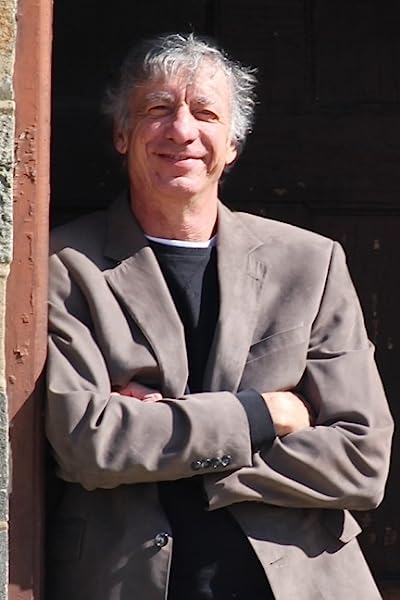 Where They Ain't: The Fabled Life and Untimely Death of the Original Baltimore Orioles, the Team That Gave Birth to Modern Baseball Paperback – Illustrated, March 14, 2000

by Burt Solomon (Author)
4.5 out of 5 stars 27 ratings
See all formats and editions Hide other formats and editions
Read more Read less
Inspire a love of reading with Prime Book Box for Kids
Discover delightful children's books with Prime Book Box, a subscription that delivers new books every 1, 2, or 3 months — new customers receive 15% off your first box. Learn more.
click to open popover

"A rousing good story, a rich tapestry of charming rogues, hustlers, and gritty ballparks that brings to sparkling life the game of baseball as it was played a century ago."--Doris Kearns Goodwin

"A wonderfully intelligent combination of business and sports history. It possesses the pace, sense of character, and evocative power of a novel."--The Boston Globe

"This is a wonderful book, a fine historical account that not only throws light on some of the game's current issues--but also records the mercantile tradition and civic pride of one of America's earliest great cities."--Lee Smith, GQ

"Not only does Burt Solomon bring to life the legends of old-time baseball, he does so while detailing how the team owners double-crossed each other, stole players, and squeezed salaries to the bone. I discovered that the business of baseball at the turn of the century was as vicious and complicated as it is today."--Peter Golenbock, author of Bums

, the legendary Baltimore Orioles of the National League [sic] under the tutelage of manager Ned Hanlon, perfected a style of play known as "scientific baseball," featuring such innovations as the sacrifice bunt, the hit- and-run, the squeeze play, and the infamous Baltimore chop. Its best hitter, Wee Willie Keeler, had the motto "keep your eye clear and hit 'em where they ain't"--which he did. He and his colorful teammates, fierce third-baseman John McGraw, avuncular catcher Wibert Robinson, and heartthrob center fielder Joe Kelly, won three straight pennants from 1894 to 1896. But the Orioles were swept up and ultimately destroyed in a business intrigue involving the political machines of three large cities and collusion with the ambitious men who ran the Brooklyn Trolley Dodgers. Burt Solomon narrates the rise and fall of this colorful franchise as a cautionary tale of greed and overreaching that speaks volumes as well about the enterprise of baseball a century later.

In the 1890s, the legendary Baltimore Orioles of the National League [sic] under the tutelage of manager Ned Hanlon, perfected a style of play known as "scientific baseball," featuring such innovations as the sacrifice bunt, the hit- and-run, the squeeze play, and the infamous Baltimore chop. Its best hitter, Wee Willie Keeler, had the motto "keep your eye clear and hit 'em where they ain't"--which he did. He and his colorful teammates, fierce third-baseman John McGraw, avuncular catcher Wibert Robinson, and heartthrob center fielder Joe Kelly, won three straight pennants from 1894 to 1896. But the Orioles were swept up and ultimately destroyed in a business intrigue involving the political machines of three large cities and collusion with the ambitious men who ran the Brooklyn Trolley Dodgers. Burt Solomon narrates the rise and fall of this colorful franchise as a cautionary tale of greed and overreaching that speaks volumes as well about the enterprise of baseball a century later.

BURT SOLOMON has been a staff correspondent for the National Journal since 1985, where he has covered the White House, lobbying, and ideas. A native of Baltimore and a lifelong Orioles fan, he lives in Arlington, Virginia.
Read more

R. Ferris
5.0 out of 5 stars Pure pleasure for any fan of the Deadball Era
Reviewed in the United States on July 13, 2018
Verified Purchase
A delightful, engaging account of the legendary late 19th Century Baltimore Orioles, written with an obvious affection for the topic. The author captures the color of the era, including an interesting portrait of Baltimore. Appropriate with the title, there is more focus on Willie Keeler, but not at the expense of other famous Orioles - McGraw, Jennings, Robinson, Kelley, and manager Ned Hanlon. It includes a compelling account of the rise of Ban Johnson's American League and its impact on the original Orioles, NY Giants, Trolley Dodgers, and NY Hilltoppers.
Read more
One person found this helpful
Helpful
Comment Report abuse

Craig Connell
4.0 out of 5 stars You Can't Beat These Fascinating Early Accounts Of Baseball
Reviewed in the United States on November 3, 2008
Verified Purchase
My favorite era in baseball is the Deadball
Era, with the years from 1903-1919, but another wild time was the 1890s, highlighted by the amazing Baltimore Orioles. There was only one league then: the National League.

This account of that period, the Orioles and the team's best hitter, "Wee Willie" Keeler, is a good read for all fans who love baseball history. Keeler was not just a fantastic hitter but a really interesting man. Of course, so was half the team led by the even-more-famous third baseman-later-turned-manager John McGraw.

Author Burt Solomon did his homework. The Orioles and all their ups and downs are detailed both on and off the ballfield. The business end of baseball was brutal back then (not that it's ever been admirable). Sometimes the book gets bogged down with all the financial dealings but overall it's a good read. It makes you shake your in amazement and frustration how stupid baseball was run and how bad a shake the city of Baltimore and its team got. In other words, similar to the stupidity of today's baseball "leadership" where they start World Series games at 10 o'clock at night, as we just witnessed.

All the stories about the "cranks" along with the crazy bloodthirsty Orioles were fun. I'm telling you: baseball fans who ignore the early days of the sport are missing out on the some of the greatest sports stories of all time. You almost can't go wrong reading about anything that happened on the diamond between 1890 and 1920.

"Where They Ain't" is a famous baseball quote from Keeler, who was asked the secret to this hitting. "Just hit `em where they (the fielders) ain't," he replied. Sounds good to me.

Gary L
4.0 out of 5 stars Great Book
Reviewed in the United States on January 13, 2007
Verified Purchase
Where They Ain't: The Fabled Life and Untimely Death of the Original Baltimore Orioles.

After avoiding 19th century baseball like the plague, I'm suddenly highly intrigued by it and I really enjoyed this book. It starts up in the early 'Nineties after the collapse of the Players' League in 1890 and the American Association (the old "Beer and Whiskey" League) in 1892. The National League incorporated the four strongest of the American Association teams and became a 12 team league.

The author describes how Ned Hanlon took over the old Baltimore franchise and moved it from the defunct American Association into the National League. Hanlon was sort of the Billy Bean of his day: due to severe financial constraints, he was always looking for "diamonds in the ruff." He was also a great evaluator of talent. All he did was put together a team composed of Hall of Famers Wee Willie Keeler, Dan Brouthers, John McGraw, Joe Kelley, Hugie Jennings, Wilbert Robinson, plus Steve Brodie and Sadie McMahon. Within two years, he created a dynasty in Baltimore, arguably one of the best teams of all times, winning pennants in '94, '95, and '96.

After the Baltimore era, the author then covers the period of Syndicate baseball, where one group of baseball magnates controlled more than one team, as the financially strapped Orioles were consolidated with the Brooklyn franchise - and another powerhouse was created. Then he shows how the American League formed out of the mess left by Syndicate baseball and Ban Johnson hoped to form a more "respectful" League, free of much of the "riff-raff," profanity, and umpire baiting that characterized the National League. Needless to say, when McGraw was brought in to start up a new American League Baltimore Orioles team in 1902, he immediately clashed with Johnson and was soon secretly negotiating a return to the National League with a takeover of the Giants.

Throughout the book, the author goes into great detail about the personalities of the covered era and all the ongoing conflicts and politics among players, owners, and franchises. Profits, greed, and deceit were the orders of the day in the cutthroat, "survival of the fittest" world of Major League Baseball as the 19th century came to an end. Plus the author really paints a vivid picture of the "times" and how it affected baseball, including the Panic of '93 and the Spanish-American War. One criticism is that occasionally he goes into too much detail, covering items of little significance that one could never hope to remember. But all in all, it's a great book, one of the best baseball books I've ever read.

If you love baseball history but have been avoiding 19th century baseball - as I have - and want to start getting into it, this is the book for you.

Bill EmblomTop Contributor: Baseball
5.0 out of 5 stars American Social History
Reviewed in the United States on December 28, 1999
Verified Purchase
Baseball hasn't changed much over the past 100 years. Players and owners still wrangle with one another with the latter claiming the former are overpayed. This is more than the story of the Orioles of the 1890's. It is also about the beginning of the success of the Dodgers and Giants and the beginning of the New York Yankees when the Baltimore franchise was moved to New York in 1903 to become the Highlanders. Rich colorful characters such as Willie Keeler, John McGraw, Joe Kelley, Hughie Jennings, and others populate this book when you played with injuries because you were encouraged to "take it like an old Oriole." Baseball historian Fred Lieb wrote a book entitled "The Baltimore Orioles" many years back about this subject, and it is with a great deal of thanks that I express to both him and Burt Solomon, the author of "Where They Ain't" for bringing American social history alive for us to enjoy. There is more to American history than wars, treaties, and presidents. Run, don't walk, to your nearest bookstore and buy this book. You can thank me later. This book is an easy five stars.
Read more
9 people found this helpful
Helpful
Comment Report abuse
See all reviews