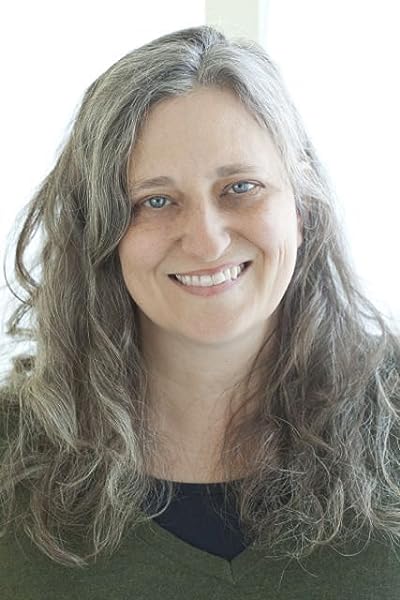 Start reading Whiskey, Etc.: Short (short) stories on your Kindle in under a minute.

jolene_mcilwain
5.0 out of 5 stars A MUST READ for students and lovers of flash fiction...
Reviewed in the United States on April 15, 2016
Verified Purchase
Whiskey, Etc. offers a peek into Sherrie Flick’s masterful genius, the sensitive and stark and surprising ways she renders life and all of its shortcomings and powerful, lovely moments.

This book is filled with amazing short shorts that offer surprising twists of phrase, mazes in the minds of characters we get to follow through each small tale—people who see themselves as cool, as slick, or as “squash soup… chopped up and muddled, glowing orange here on the sofa”—and we go, we amble and sprint along, to see where they are, or have been, or will be.

She’s created so many extraordinary and ordinary worlds lined with whiskey, tomatoes heavy on the vine, skittling bugs and mothballs, places where clocks might just run backwards, time is as present as last week, or as distant as those places “back when payphones worked and we bought record albums.” People and animals move around the corners of these stories, rubbing up against our legs. We don’t know what we’ll see outside the screen doors—a past love named Joe, as in a story titled “After,” who could “put together car engines, and later on, in one of those car’s backseats, he could fix a girl so she felt brand new,” or, as in “Screen Door” where “The cat scratches at the door’s screen. I can see her silhouette from the outside in. Always she wants to be where she isn’t.”

Handmade meals and cigarettes and rye and lyrics bleed, smoke, leak, and thump throughout, and the music of her words blends with the references to real tunes—Nirvana plays while neighbors steal a kiss, country songs guide and glide through streets and bars, hard core plays in a Detroit yoga class where, in “Get Up,” the teacher insists he wants his “meditation to rock” for his class—a group of students wearing Metallica and Def Leppard T-shirts and playing air-guitar.

We don’t always understand these characters’ intentions, and their yearnings, but Flick draws them for us in ways that help us to get close enough to feel the ache they feel, as in “All Night Long,” when a woman (whose name we never really get a straight answer on . . . “it’s Rochelle… or Susan”) “puts the key into the ignition and twists. She grimaces as if it’s painful, and she knows, of course, it is. It’s painful starting and stopping. It’s hard only knowing the chorus when some people seem to know the whole song from beginning to end.”

Flick renders stories of lovers, grieving children, growing teenagers, the old and young, gardeners, travelers, men and women who have suffered loves gone right and wrong… people who have hearts “too broken to break.”

I’m just amazed. When I hit the final story, I circled back and started the collection all over again.
Read more
4 people found this helpful
Helpful
Report abuse

E. Rhoades
3.0 out of 5 stars Read along.
Reviewed in the United States on January 18, 2017
Verified Purchase
I had to order this book for class. It was an okay book. I don't think I would have read it if I hadn't needed to for class. I thought it was kind of boring, and though it was short stories, I still felt that she got long-winded at times.

There was some parts of the book, certain stories, that I thought were good and interesting. Again, I'm not sure I would have bought this book for just those couple of stories.

I met the author at a reading of some of her short stories, including stuff she had not published yet. I felt that she was very sincere, but slightly on the rough edges. She read with passion and delight. I felt myself nodding along to her, and I understood more of her book when I could hear the stories flow from her own voice.

Filomena Varvaro
5.0 out of 5 stars Daily life stories that touch your heart
Reviewed in the United States on May 16, 2016
Verified Purchase
I really really liked this book. The stories are indeed short and reflect daily life. I loved reading the stories
Read more
One person found this helpful
Helpful
Report abuse

James Thomas
5.0 out of 5 stars A Tip from the Bartenders
Reviewed in the United States on March 23, 2016
"We trust Sherrie Flick's voice to bring us the news, for better or worse, but always the truth, like it or not. And like it we do," say the editors of the Flash and Sudden Fiction books. And that's saying a lot. There's plenty to hear in this book of hard-hitting, over-the-counter, knock-'em-back tales of real life happening just down the street and around your corner. You'll be better for it at the end of the evening, and you'll go home intoxicated with the candor and authenticity of what you've heard ... and wake up sober with insight, and smiling about the people you've gotten to know, in her stories, the night before. Cheers!
Read more
3 people found this helpful
Helpful
Report abuse

An Avid Reader and Writer
5.0 out of 5 stars slice straight through our illusions about human nature into the beautiful, strange
Reviewed in the United States on April 4, 2016
These stories, even the tiniest ones, slice straight through our illusions about human nature into the beautiful, strange, and disturbing conflicts that make up Flick's characters (and, when we admit it, our own). This book is separated into enticing subsections with titles like "Dessert," "Art," "Soap," and, of course, "Whiskey," and the stories within each are themselves treats and tastes that hint at so much more. I am a huge fan of Flick's first chapbook, I Call This Flirting, and this full-length collection collects some of those treasures while opening a new vein of rich and vital stories. I love this collection.
Read more
2 people found this helpful
Helpful
Report abuse
See all reviews
Pages with related products. See and discover other items: Best mothballs for outside
Back to top
Get to Know Us
Make Money with Us
Amazon Payment Products
Let Us Help You
EnglishChoose a language for shopping. United StatesChoose a country/region for shopping.
© 1996-2021, Amazon.com, Inc. or its affiliates