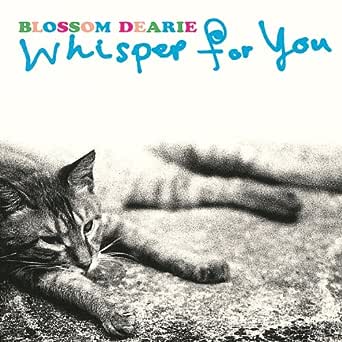 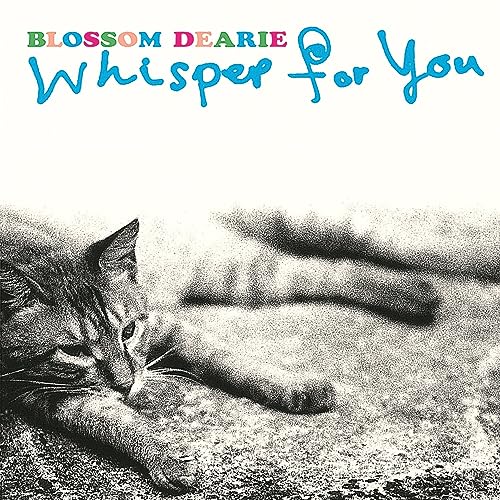 4.0 out of 5 stars
4 out of 5
7 global ratings
How are ratings calculated?
To calculate the overall star rating and percentage breakdown by star, we don’t use a simple average. Instead, our system considers things like how recent a review is and if the reviewer bought the item on Amazon. It also analyzes reviews to verify trustworthiness.
Top reviews

Hoc Stercus
3.0 out of 5 stars Expensive whispers
Reviewed in the United States on December 28, 2002
Verified Purchase
This made-in-Japan Polydor CD is actually a compilation of two earlier Blossom Dearie recordings. The first twelve tracks come from a 1970 Fontana release entitled "Just the Way I Want to Be," and the remaining tracks come from a 1957 Verve recording entitled "Give Him the Ooh-la-la" (which you can buy separately by itself from Amazon). Since I already have the "Give Him the Ooh-la-la" CD, my primary interest was in the first twelve tracks. Some like "Hey John" and "Sweet Georgie Fame" are available on several other of Ms. Dearie's CD's. Some like "Both Sides Now" and "Dusty Springfield" seem unique to this production. While the remastering of this material is first-rate, there is only one song among the first twelve that I really like: "Both Sides Now." She gives it just the right touch. I was looking forward to hearing "Yesterday When I Was Young," and was disappointed to hear an arrangement where she just "bops" her way through it with no regard for the meaning of the lyrics. If you don't have the "Give Him the Ooh-la-la" CD, this recording may be worth the money. Otherwise, you may find it an expensive disappointment.
Read more
11 people found this helpful
Helpful
Comment Report abuse

Hoc Stercus
3.0 out of 5 stars Be careful. Be very, very careful.
Reviewed in the United States on December 28, 2002
Verified Purchase
Back in 1957 Ms. Dearie recorded an album for Verve enitled "Give Him the Ooh-la-la." (It can now be purchased as a CD from Amazon.com). In 1970 she issued a recording on the Fontana label entitled "That's Just the Way I Want It to Be." This present CD is a compilation of those two albums.My primary interest in this production was is the handful of songs which can be found on no other Blossom Dearie album. Regretfully I heard only one number among the unfamiliar material that had that magical Blossom Dearie touch: "Both Sides Now." The other "new" tracks left a lot to be desired. In the final analysis, the cost of obtaining one additional great Blossom Dearie track for my collection proved to be quite dear indeed. By the way, if sound quality matters to you, I will grant the remastering job on this production is quite well done.
Read more
13 people found this helpful
Helpful
Comment Report abuse

Ben Up the Tree
2.0 out of 5 stars Not A Good Blossom Experience
Reviewed in the United States on September 5, 2012
Now I love Blossom Dearie. I have just about every recording she has been on. That is about 12 if you discard the compilations.

My friend, knowing I loved Blossom, had this album in his collection and never listened to it and decided to give it to me as a birthday present - I wish he hadn't. This is a horrific album. It contains the years where Blossom was mistaken for a pop singer rather than a quirky jazz singer.

The mix of material is horrible and the overall effect is... well I sold this album right after I got it for $2. I almost felt bad for the guy buying it.

STay away at all cost and if you are curious listen to the preview tracks - you'll get it.