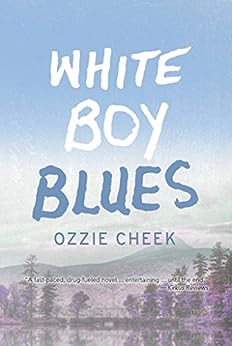 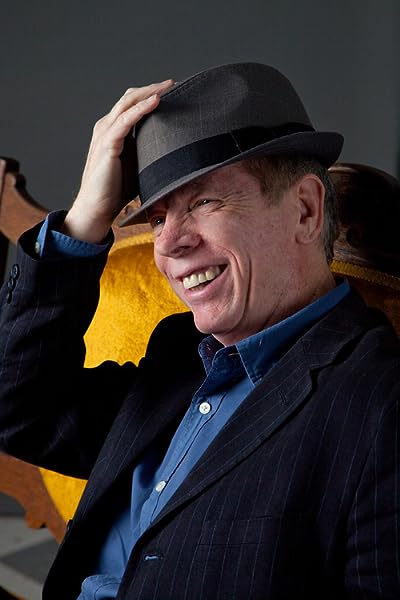 After writing a cowboy story in the fifth grade, Ozzie Cheek knew he would be a writer. But his life first took many detours. Among other things, he studied for the Methodist clergy, taught school, lived in a commune, owned businesses, and traveled the world.

In 1995 Ozzie moved to Los Angeles and went on to write screenplays or TV series episodes for HBO, Showtime, NBC, CBS, and Fox. He wrote and produced the TV movie Kiss Tomorrow Goodbye, and he is the author of the suspense-thriller Claws and the coauthor of the nonfiction narrative Why Planes Crash. White Boy Blues is his second novel.

Robin Perron
5.0 out of 5 stars Excellent writing. Gripping character.
Reviewed in the United States on February 14, 2015
If you enjoy having your heart ripped out page after page because you have come to truly care for the main character then you will love White Boy Blues by Ozzie Cheeks.

In White Boy Blues we follow Ned Pentecost through the good and the bad. We follow him as he strays from his life as a minister to find communes, woman, and drugs. We follow him as he becomes a teacher and then leaves teaching when he fails to save one of his students. We follow him from one betrayal to the next. If you are like me you will find yourself rooting on the side lines as he ventures into the realm of drug dealing, hoping against hope that he won’t get himself into legal trouble, or worse, killed. You’ll find yourself hoping that this relationship will work out for him. You’ll find yourself hoping that someday Ned will find what he is looking for.

Grady HarpTop Contributor: Children's Books
HALL OF FAMETOP 100 REVIEWER
5.0 out of 5 stars `But no one travels far enough to escape. Timing and luck awaited me everywhere.'
Reviewed in the United States on February 17, 2015
Reading biographical information about author Ozzie Cheek strangely resembles the storyline of this his newest book WHITE BOY BLUES. To quote, `Growing up in the Missouri Ozarks in a tiny town, Ozzie found an escape in books, sports, and religion. By age twelve he was reading 100 books a year. He excelled at sports in high school. At nineteen he was a Methodist clergyman. He left the clergy a few years later and taught high school English until snared by the Viet Nam era draft. Before long, Ozzie heeded the generational call of drugs, sex, and rock & roll. Legal problems ensued, but so did writing. Ozzie returned to college in 1989 and earned an M.F.A. in Creative Writing. He also has a B.S. in Education and an M.A. in Communications. His first publications were short stories in literary magazines. His first writing income came from selling erotic letters to a men's magazine under a female pen name. After laboring on four unfinished novels, Ozzie moved to Los Angeles in the 1990's and became a staff writer on a TV series. He has lived abroad, owned a business in Belize, and visited over sixty countries. For the past few years, he has divided his time between coastal Maine and Los Angeles. Still a sports fan, he also has been a Shambhala Buddhist meditation practitioner for years, and he continues to read constantly and widely.'

Normally it wouldn't be pertinent to share that much biographical data, but Ozzie's third novel is far from being a `normal ` novel - and that is where he shines - and even echoes many aspects of Ozzie's fascinating life. This book is labeled `a novel in stories' and it doesn't take the reader long to understand the category. Ozzie tells a most engrossing tale, one that is so full of American history of the latter half of the 20th century that it is bound to be a significant addition to all libraries. But in addition to unraveling his yarn from 1957 to 1988 he colors his canvas with little asides mini-plots/stories that enhance the ongoing tale while allowing the reader to become more intimately involved with his main character Ned Pentecost.

On the author's website he offers `a ridiculously short summary' of his novel. But that summary covers that scope of the novel well and so it is quoted here; After a traumatic childhood in rural Missouri, Ned Pentecost becomes a young minister with a wife and a safe future. But his life is upended in 1969 when he is exposed to free love and illegal drugs and heeds the call of the counterculture. Ned soon is entangled in drug deals, steamy affairs, untimely deaths, and painful betrayals, a web that takes him from communes to seedy motels, from Bogotá to Paris, and from classrooms to jail cells. Women loom large throughout the journey - good women, bad women, dangerous women. Anchored in the tumultuous decades of the 60s, 70s, and 80s, the coming-of-age novel explores themes of violence, betrayal, and redemption, while Ned undergoes numerous transformations in his search for love and purpose. In the end, Ned's story, like a good blues song, ultimately strikes a chord of hope.'

Ozzie Cheek arrives with this novel. The style matches the topic, the language crackles as loudly as the many of events he traverses, he is not afraid to challenge our senses on many levels, reminding us of the wildly incredible social changes that drugs, war, political corruption, and the birth of national cynicism that this period bred. Terrific writing from a man who knows his trade! Grady Harp, February 15
Read more
2 people found this helpful
Helpful
Report abuse

Veritas Vincit
5.0 out of 5 stars A Tremendous Tale of a Fascinating Life
Reviewed in the United States on February 20, 2015
What began as a potential "fall from grace" story ended up being a story of enlightenment and open-mindedness about the complicated and controversial eras of the 60s and 70s. I couldn't have imagined where the story would go from one chapter to the next, which is always a good sign that the author has his or her readers on the edge of their seat. What was particularly impressive is that the internal musing and contemplative aspects of the book were just as engaging, amusing, and relatable as the action scenes, the painful moments, and the global trekking. You don't expect a narrative like this to carry such weight, I suppose. I thought it would be a "good guy explores bad world and finds happiness", but in reality, it was "normal guy finds extraordinary opportunities to see the 'real' world and achieves something close to enlightenment".

The complex nature of his journey, despite being somewhat unrealistic from a distance, still felt like a documentary - a true life account of some truly twisted adventures that thousands of people similarly experienced in that dynamic era. If you've ever wanted to see the world change through someone else's ever-changing eyes and mind, then Cheek's offering might be precisely what you're looking for. It's a fascinating ride that will leave you wanting more, but also asking yourself about the limits you're willing to push in your own life. A Truly Great Read.
Read more
Helpful
Report abuse
See all reviews
Back to top
Get to Know Us
Make Money with Us
Amazon Payment Products
Let Us Help You
EnglishChoose a language for shopping. United StatesChoose a country/region for shopping.
© 1996-2021, Amazon.com, Inc. or its affiliates