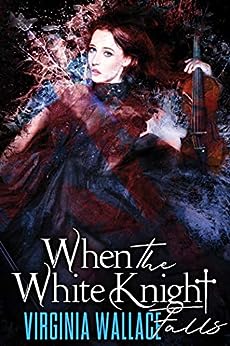 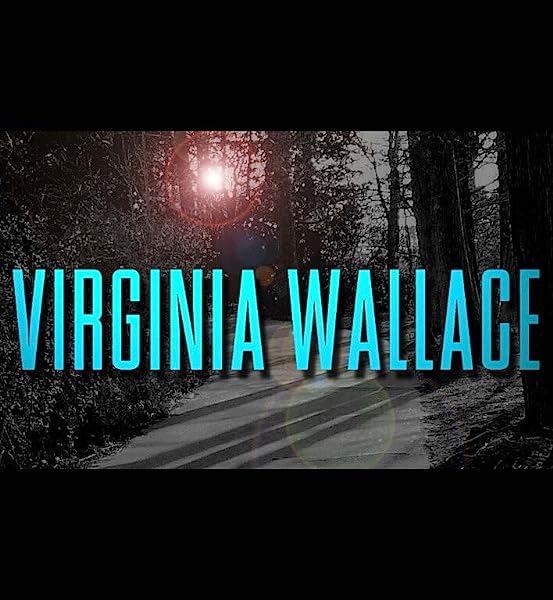 Virginia Wallace is a native of the Chesapeake Bay region, on the Southeast coast of the United States. Nomadic by nature, Virginia has lived all over, from the mountains of New England to the rolling hills of the American Heartland.

She began her creative career during her late teens and early twenties, working as a freelance portrait and commercial artist. She slowly transitioned into writing, eventually self-publishing three novels for the ‘indie’ book market.

As a writer, Virginia Wallace has always worked at meshing modern stories with a lush style reminiscent of 19th-Century American and European literature. Her novel ‘When the White Knight Falls’ marks her debut into the mainstream book market.

Dee S. Knight, Erotic Romance author
5.0 out of 5 stars Wow! Intense and compelling!
Reviewed in the United States on March 31, 2021
Verified Purchase
Kate McCoy is as far from a rocker as she could be. Her experience lies in the classical realm. So it's a shock to her when she's drawn into the powerful web of Alec Murdenson. Maybe saying "powerful web" is a bit strong… Or maybe it isn't. As charismatic as Alec is, there's also something in his eyes, something dark. Certainly darker than anything protected Kate has ever known—she's even still a virgin, though she'd offered herself to Alec more than once. He's fended her off, much as she feels he cares for her. Is her protecting her from the man he knows himself to be?

One thing is sure, Alec knows his music and he knows how to bring out the best in Kate's new rocker style, too. She enters a life she never dreamed before and she excels in it. It's only when she takes a step back that she realizes that the man she thinks she loves has a side she can't live with. What will she do? If she stays with him and continues in her new roles and life, she might be making the worst mistake of her life. If she retreats back to the world of classical music—calmer, familiar…unexciting—she might miss the greatest love she's ever imagined.

Virginia Wallace's book was intense! I was at a disadvantage because I have to admit, if it ain't country, I don't know music at all, and Virginia knows her rock music for sure. As Kate's fears came more and more to the surface I became compelled to know what she was going to do—I think other readers will also. I've read one of Wallace's short stories before (in BVS's Desire Me Again) and loved it and her style of writing. I'll be reading more of her work—music or no music. Recommended!

Suzanne Smith
5.0 out of 5 stars May require some romance readers to step outside of their comfort zone
Reviewed in the United States on March 28, 2021
Verified Purchase
Ever heard the saying that before you judge someone, you need to walk a mile in their shoes? In WTWKF, Kate is forced into a situation where she must do exactly that. When the dust settles, she realizes that she’s misjudged both her boyfriend Alec and herself, and who they are at the core. The scenery is vivid, all of the characters are well developed, the music making process is well researched, and the book takes a twist at the end that I didn’t see coming. WTWKF is not a conventional romance, it’s pretty dark, and may require some romance readers to step outside of their comfort zone. Be assured that it’s worth it. In addition to the romance (refreshingly sweet and clean) and suspense, the book also offers some insight into the less glamorous side of the music business, including the managerial control and exploitation that musicians must endure at every turn. I can’t tell you much more without giving away the plot, but I will say that Kate and Alec’s happy ending is hard won. The title fits the story perfectly. Five stars.
Read more
Helpful
Report abuse

Callie
5.0 out of 5 stars A roller coaster ride that delivers.
Reviewed in the United States on March 24, 2021
Verified Purchase
When The White Knight Falls is the perfect title for this intriguing love story. Kate the heroine finds herself drawn from her classical background into the wild world of heavy metal. It brings her on a roller coaster ride only of the good, the bad, and the ugly.
But her ever changing world wouldn’t be complete without Alex. The man she loves to love and loves to hate. When things are at their worst for Kate, the story gave me a turn of events that I didn’t see coming. It thrilled me when that happened.
For those of us that need a happy ending, Author Virginia Wallace delivers a beautiful one. It screams for a revisit to the world of music and passion.
Read more
Helpful
Report abuse

Estelle Pettersen
5.0 out of 5 stars Hot, fiery, and unforgettable rock star romance
Reviewed in the United States on April 8, 2021
Verified Purchase
Kate and Alec are talented musicians with a lot of creativity and strong personalities. The chemistry between them is powerful, and it's clear that they care for each other. There were emotional moments (I won't give away any spoilers) where I felt sorry for the characters. I also learned a few things about the music industry through Kate and Alec's experiences.

I loved, loved, loved the ending! I couldn't get it out of my head and still keep re-reading the last few chapters.

This is the first rock star romance that I've completed reading and thoroughly enjoyed.
Read more

5.0 out of 5 stars Hot, fiery, and unforgettable rock star romance
By Estelle Pettersen on April 8, 2021
Kate and Alec are talented musicians with a lot of creativity and strong personalities. The chemistry between them is powerful, and it's clear that they care for each other. There were emotional moments (I won't give away any spoilers) where I felt sorry for the characters. I also learned a few things about the music industry through Kate and Alec's experiences.

I loved, loved, loved the ending! I couldn't get it out of my head and still keep re-reading the last few chapters.

This is the first rock star romance that I've completed reading and thoroughly enjoyed.

Jason Garrett
5.0 out of 5 stars Rockstar Romance
Reviewed in the United States on May 3, 2021
Verified Purchase
Kate and Alec's love story is dark, sweet, and full of tension. These are characters who are easy to care about; you can't help but root for a happy ending. Wallace has worked to create a story that flows well and gives the reader the opportunity to step into how the music world really is. I am thankful for a satisfying ending to the story--exactly what you want in this genre! Can't wait to see what is next for this author!
Read more
Helpful
Report abuse

Anne
5.0 out of 5 stars Loved It
Reviewed in the United States on March 4, 2021
Verified Purchase
I just finished this book and had to leave a review. I loved it! The story is about two musicians from different backgrounds who come together to form a successful heavy metal band. Along the way they fall in love. The depth of the characters was great, and the writing flowed effortlessly. I loved the descriptions of Virginia and thought they were spot-on (my husband grew up there). To me, though, the best part of this book was the musical descriptions. They were brought to life through very little words, and the writer clearly knows their stuff.
Read more
Helpful
Report abuse
See all reviews

Markie Mark
5.0 out of 5 stars A wonderful, original love story between two highly creative, but demon-plagued musicians
Reviewed in the United Kingdom on February 20, 2021
Verified Purchase
I loved this book. I can’t believe this is Virginia Wallace’s first full-length romance novel, the writing is so assured and fluid. Kate and Alec are interesting characters. I liked the fact that they were both quite flawed. Kate the college-educated, middle class classical musician has just as many demons as Alec the sexy Southern rocker from the wrong end of the tracks. What unites them is music. The creative process, the song writing, the concerts, are beautifully and vividly described. Every detail rings true and brings not just the characters but their surroundings to life. As a Brit I loved that their band is heavy metal and Alec is a fan of Black Sabbath! I also loved the descriptions of the landscapes, and now I really want to go to Virginia. The chemistry between Alec and Kate sizzles, and is only enhanced by the fact that their relationship remains unconsummated (spoiler alert!) until the last chapter. I didn’t expect that in a story about two rock stars, as the milieu is awash with sex and drugs, isn’t it? But it’s a bold choice that pays off as it heightens the dramatic and sexual tension between these two. After an explosive finale, the happy ending is richly deserved and rings absolutely true. Get this book now, you have a real treat in store.
Read more
Report abuse

Patricia Elliott
5.0 out of 5 stars A Musician’s Story
Reviewed in Canada on August 2, 2021
Verified Purchase
The writing was great and very descriptive. It painted a very vivid picture in my mind as I read the story. Virginia can definitely spin take.

This isn’t what I’d call a burning romance and it felt more like a story dedicated to musician’s than romance but the two tied together nicely in the end so I can’t complain at all.

I also didn’t feel like Kate enjoyed classical or the orchestra as the blurb would have me believe. She seemed to do everything in her power to avoid going that route, even when tossed in her lap.

But all in all if you love the music industry and the dynamics that goes into playing with a group, this is definitely the story for you and then some, and a very sweet, mostly clean, romance.

I think that’s where I have been spoiled. I’ve read too many steam stories lately that i’m not used to a sweet slow burn where men act like gentlemen. Sorta… *lol*

Give the story a try :)
Read more
Report abuse
See all reviews