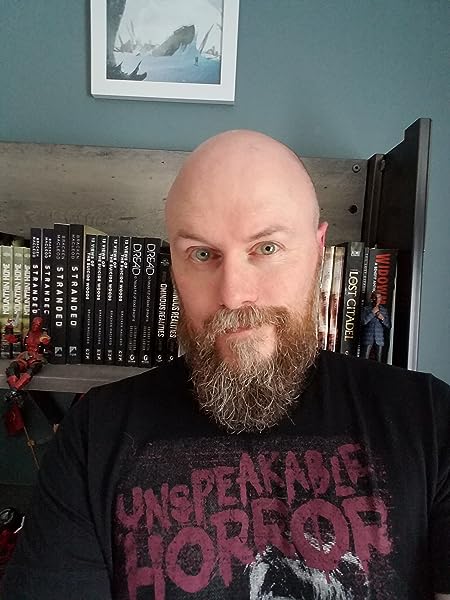 "I urge you to pick up WHITE KNIGHT by Bracken MacLeod at your soonest opportunity. If you enjoy noir that deposits you in the midst of a fevered nightmare and holds you fast with sweating palms and palpitating heart as street justice is sweetly measured out, this is the fiction you must read. This is a hugely masterful accomplishment and that is an understatement." --Les Edgerton, author of THE RAPIST, THE BITCH and (forthcoming) THE GENUINE, IMITATION, PLASTIC KIDNAPPING

"Bracken MacLoud s WHITE KNIGHT packs a novel s worth of action and emotion into a tightly spun novella; and it proves two of life s most enduring truths in the process: no good deed goes unpunished, and there is no stronger pull for the righteous than to rewrite the wrongs of the past. A powerhouse of a book." --Joe Clifford, author of JUNKIE LOVE and LAMENTATION

"WHITE KNIGHT is a harrowing portrait of a man drowning in the riptide created by an imperfect legal system and his own best intentions. Bracken MacLeod packs a lot of story into this thoughtful, propulsive read." --Rob Hart, author of THE LAST SAFE PLACE: A ZOMBIE NOVELLA and the upcoming NEW YORKED

"Bracken MacLeod has outdone himself with WHITE KNIGHT, a bristling beast of a thriller that does what I would have thought impossible: it tops even his own brilliant debut, Mountain Home. I wouldn t advise missing this or any of MacLeod s stellar work." --Ed Kurtz, author of THE FORTY-TWO and A WIND OF KNIVES

"Bracken MacLeod has penned a brisk noir thriller that leaves you panting, with the icy fingers of street-raised psychopaths tickling the back of your neck. Dennis Lehane s sensibility with the pedal mashed to the floor and the key broken off in the ignition, WHITE KNIGHT is a heart-thumping ride with an inevitable outcome you can t see coming." --Thomas Pluck, author of BLADE OF DISHONOR

"MacLeod has written a near perfect novella. WHITE KNIGHT asks the question: how far would you go to protect those you love? The answers are dark and uncomfortable, the story searing and intense. The work is brief, yet weighted with moral concerns that will stay with you long after the final page." --Chet Williamson, author of HUNTERS and DEFENDERS OF THE FAITH

"In WHITE KNIGHT, Bracken MacLeod displays the goods: skillful writing, breakneck pacing, and just the right amount of emotional heft. He also manages to plumb some surprisingly deep ethical issues without ever letting the pace lag. The characters are sharply drawn and often surprising; the lessons are murky and sometimes riddled with contradiction (just the way I like them). I loved his debut, MOUNTAIN HOME, but this one may even be better. Pick it up now." --John Mantooth, author of THE STORM OF THE YEAR

"Bracken MacLeod s White Knight is a tense, high suspense action ride that carries the reader along like a hit and run Mack truck. It is dark and delicious and well worth the read. Very highly recommended!" --James A. Moore, author of THE WILD HUNT and ALIEN: SEA OF SHADOWS

"Bracken MacLeod writes with the verve of someone who understands the genre in which he works well enough to know exactly when to turn tropes on their heads and twist them around one another. Like Vachss, his work in infused with a raging anger at the injustices which surround us but although the world he creates is etched in darkness it is the glints of light within that world which make it so appealing even if the glint is coming from the razor-edge of a butcher s knife." --Simon Logan, author of KATJA FROM THE PUNK BAND and GET KATJA