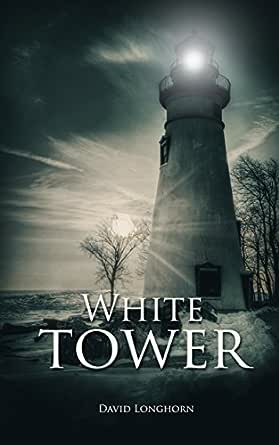 You've subscribed to Dark Isle Series! We will preorder your items within 24 hours of when they become available. When new books are released, we'll charge your default payment method for the lowest price available during the pre-order period.
Update your device or payment method, cancel individual pre-orders or your subscription at
Your Memberships & Subscriptions
There was an error. We were unable to process your subscription due to an error. Please refresh and try again. 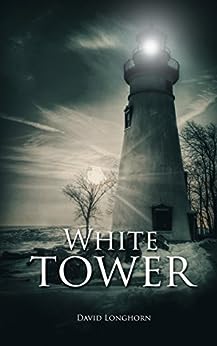 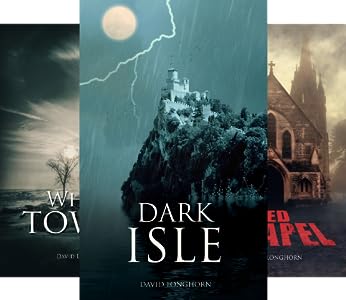 "This one's REALLY creepy...It draws you in immediately...I can't express how much I enjoyed it." -Maureen

"This is a good, quick read and I really liked the story line. Can't wait until the next one! -Judith L.

"Great fun trying to guess the way the story is going to unfold. It's been crafted well and a weave of fact and fiction blended almost seamlessly so as to keep you guessing right till the end. The series is well worth the time to read and I know I can't wait to read number three in the series." -Reader

Excerpt from Chapter 9: Tower and Sepulcher

"Well, here we are," said Lucy, opening the trunk of the car. "My home. It's cozy, if rather more vertical than most."

"Why did you want to live in a lighthouse?" he asked, craning his neck to try and take in the tower.

"I didn't," she said, handing out his bags. "I wanted to live on an island and the Heritage Trust needed someone to keep the place up. A caretaker, of sorts."

"How long have you lived here?" he asked.

"Oh, just over three years," she replied, unlocking the door at the base of the tower. "That means I'm just one step up from a tourist, so far as the locals are concerned. They never really accept outsiders."

She led Mark inside. The ground floor was, she explained, the old power room from the days when it was a working lighthouse. There was still an emergency generator as the island sometimes suffered power cuts, though these usually occurred in winter.

"Now, the spiral staircase is a bit awkward, so I'd better take one of those."

As they made their way up the narrow stairway, Mark wondered if he had made a mistake. He had been so preoccupied with paranormal matters that it had not even occurred to him what Sue would think about him lodging at Lucy's home.

But I've been thousands of miles away from her for nearly a year, he thought. Any trust issues would have surfaced by now, surely?

"This is it, I'm afraid," said Lucy, pushing open a door that stood ajar. "I've tried to clear some space, but as you can see, it's not exactly palatial."

The room was circular, with a heap of boxes shoved to one side. There was an old two-tier bunk bed covered with bright blankets. A large black cat was curled up asleep at the foot of the bottom bunk.

"Does that mean I get the top bunk?" asked Mark.

"Oh, Basil just sleeps here in the daytime. At night, he insists on trying to smother me in my sleep, so you should be safe."

"Okay," said Mark, dubiously, putting his bags down by the bunks. The cat opened one eye, gave him an inscrutable look, then went back to sleep.

"Come on up to the top," said Lucy. "I'll make some chamomile tea. Might make you feel better."

Five minutes later, Mark was sitting with Lucy at a small table on the balcony that Lucy called the lamp gallery. It was a walkway that surrounded the great glass chamber that had once housed the arc-light. Now the light was gone, and instead the great circular window enclosed a greenhouse.

"Is that what I think it is?" he said, pointing to one container.

"Depends what you think it is," replied Lucy, winking. "Strictly medicinal, I assure you. There are couple of people down there with terrible arthritis who find my herbal remedies soothing."

She nodded in the direction of the village.

Mark took in the view as he sipped his tea, while a cooling sea breeze played around the gallery. Most of Skara was laid out below him. He could see the cluster of police vehicles near what must be Wilma Reade's cottage. Beyond that, lay the village, with the fort looming over it. The causeway was awash with the rising tide. Over to his left, he could see Monks Bay, and another small cottage.

"Anybody live there?" he asked, pointing.

"Right," he said, "I met him in the pub yesterday. He seemed fascinated by me. Not in a good way, I might add."

"Another ghost-seer," she went on. "But he's not into sharing. He keeps his experiences to himself. I don't think we can expect any help from him."

She took a plastic folder out of her bag and put it on the table.

"I thought you might like to see Victor's notes," she said. "He kept going on about them, but in the heat of the moment, I forgot to give them to him when they put him on the chopper."

Mark looked through pages that had been filled with chaotic scribble. Victor was evidently not systematic in his approach to note-taking. Words and phrases were crossed out, underlined, circled. Far from suggesting a scholar compiling data, the notes gave the impression of someone attempting to solve a puzzle.

Which I suppose he was, in a sense, Mark thought. But did he come close to finding a solution?

"Notice there's a word on the last page, the one that's half blank. He was obviously writing when he was attacked."

Mark flipped through the foolscap sheets. Sure enough, a word that was obviously derived from Greek was circled and underlined.

"Metempsychosis. Does it mean anything to you?" she asked.

"Edgar Allan Poe," Mark said. "A lesser-known story of his, called 'A Tale of the Ragged Mountains'. It's about a man who remembers ..."

"Remembers what?" she asked.

He put the sheet down and looked out over the strait.

"You see where his research led him?" she asked.

"I do," conceded Mark. "The idea that Thomas Beauclerc might live again."

"And that" said Lucy. "Would explain why, in his twisted way, he's trying to remove the island's authority figures. He wants to go back to the way things were. The mighty Abbot Thomas, lording it over an island of terrorized peasants."

"No," protested Mark, "that makes no sense in a modern context. He can hardly run Skara the way he did in the fourteenth century."

"Perhaps not," said Lucy, dubiously. "But firstly, we're not dealing with a sane individual, are we? We're dealing with someone so egotistical that he wants to live again, perhaps live forever. And we can't be sure what limits his powers have."

"Can't argue with that," said Mark. "Having met the guy, I'd say he was crazy enough to try just about anything."

"And we have no idea how to stop him," pointed out Lucy. "Only some guff about a white tower."

Seeing Mark's puzzlement she explained the message from Victor, and her confusion over what it meant.