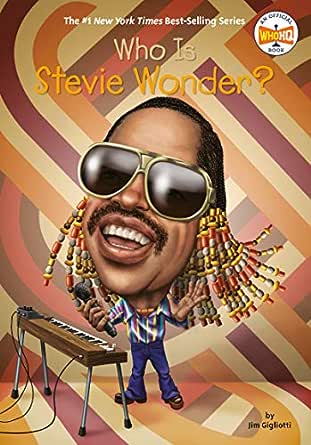 You've subscribed to Who Was?! We will preorder your items within 24 hours of when they become available. When new books are released, we'll charge your default payment method for the lowest price available during the pre-order period.
Update your device or payment method, cancel individual pre-orders or your subscription at
Your Memberships & Subscriptions 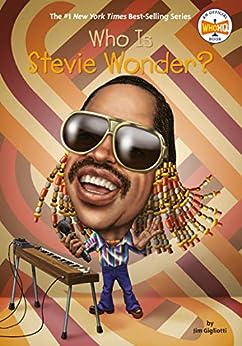 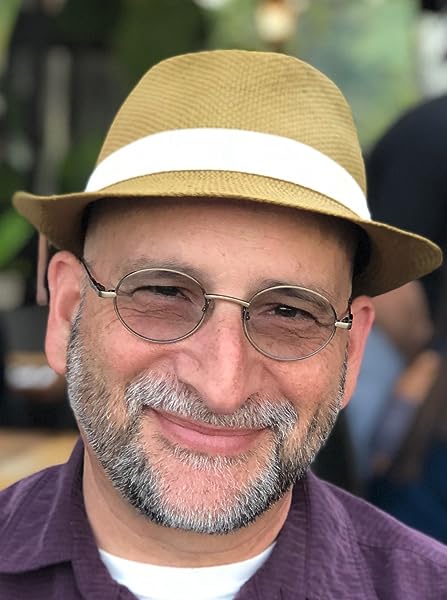 Who Is Stevie Wonder? (Who Was?) Kindle Edition 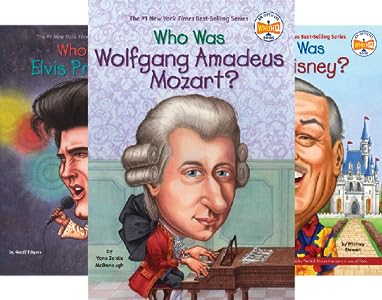 Jim Gigliotti is a freelance writer based in Southern California. A former editor at the National Football League, he has written more than 50 books for all ages. His writing credits include biographies for young readers on Olympian Jesse Owens and baseball star Roberto Clemente. --This text refers to an out of print or unavailable edition of this title.

Who Is Stevie Wonder?

Steveland Judkins walked into the Motown Record Corporation in Detroit, Michigan, one day in the fall of 1961. He was there to audition for the studio bosses. Every day, other musicians came to Motown for the same reason. They all hoped to become stars. Stevie, as he was called, was just like them—except that he was only eleven years old, and he was blind.

Stevie started off by playing the piano. Then he banged on the drums for a while. He was wearing dark sunglasses indoors, but plenty of young musicians thought wearing shades like that looked cool. And Stevie found his way around the instruments with no problem. Not everyone in the room realized Stevie was blind.

At first, Berry Gordy, who was the man in charge of Motown, didn’t think Stevie was such a big deal. Gordy already had enough people who could play the piano and the drums. But after playing the drums, Stevie sang for a bit. Then he played the harmonica. Gordy was impressed that not only could Stevie do so many things well, but he did them with a wide smile on his face. Stevie clearly was enjoying himself, and everyone watching him was having a good time, too. Gordy decided then and there that he was going to sign Stevie to a recording contract.

That was more than fifty years ago. Today, Stevie is known around the world by his stage name, Stevie Wonder. He is a groundbreaking musician who has entertained millions of fans, performed in front of world leaders, and worked hard for social change. He has earned the highest honors awarded to composers, singers, musicians, and citizens of the United States. And he has done it all with the same positive attitude and wide smile on his face that he had in the Motown studio that day in 1961.

Music had always been a big part of Stevie Wonder’s life. He was still a baby when he began pounding on bongo drums in his crib. When he was a little boy, he grabbed whatever spoons he could find in the kitchen and played on the pots and pans. When he was about five years old, a barber on his street gave him a harmonica, and Stevie learned to play it. Stevie never had any formal lessons, but he always seemed to know how to make music with any instrument that was available.

Stevie was born as Steveland Hardaway Judkins on May 13, 1950, in Saginaw, Michigan. His mother’s name was Lula Hardaway, and his father’s name was Calvin Judkins. Stevie had two older brothers, Milton and Calvin Jr. Two more brothers, Larry and Timmy, and a sister, Renee, were born in later years.

Stevie was born about six weeks earlier than expected. He probably was not blind when he was born. But when babies are born too early, they usually remain in the hospital until they are strong enough to go home. The hospital puts them in an incubator, which is supposed to keep conditions just right for them to be healthy. Stevie was in an incubator for more than a month. He seemed healthy in every way, except that doctors noticed his eyes didn’t seem to respond to movement or light. They had not developed properly.

Naturally, Lula was upset at the news. She begged the doctors to do something to restore Stevie’s sight, but there was nothing they could do. He was permanently blind.

Stevie couldn’t see, but his hearing was incredible. When he was growing up, his siblings would drop a coin on a table. “What is it, Stevie?” they would ask. “A dime,” Stevie would reply, correctly. They would drop another coin. “How about that one?” they would ask. “A quarter,” Stevie would say. Right again. Stevie’s hearing was so good that he could identify the coin simply by the sound it made.

Stevie was so tuned in to sounds that naturally he was drawn to music. It started with the bongo drums in his crib. Stevie’s father gave those to him. Calvin Sr. had been a pretty good musician himself, and he taught Stevie songs and encouraged his son’s love for music. However, Calvin didn’t have a regular job. He would sometimes leave the family for long periods of time. No one knew where he was or what he was doing. When Calvin was around, he wasn’t very nice to Stevie’s mother.

Lula thought that maybe in a bigger city Calvin could find a job and things would be better. So, when Stevie was four years old, the family moved about one hundred miles away to Detroit, on the eastern edge of Michigan.

Calvin joined Lula and the kids in Detroit, but he didn’t change there. He still didn’t work at a regular job, and he still went away sometimes.

Lula found a good job, though. Every morning, she would get up before the sun rose to work at a fish market. It was hard work, but she had a plan. At the time, the family lived in an apartment that wasn’t in a nice part of town. Lula wanted a better life for her kids. So she saved a little bit out of each paycheck and stuffed it under a mattress to hide it from Calvin.

When she had enough money, she made the first payment on a house in a good neighborhood. She moved there with her children, leaving Calvin behind. --This text refers to an out of print or unavailable edition of this title.

4.9 out of 5 stars
4.9 out of 5
49 customer ratings
How does Amazon calculate star ratings?
Amazon calculates a product’s star ratings based on a machine learned model instead of a raw data average. The model takes into account factors including the age of a rating, whether the ratings are from verified purchasers, and factors that establish reviewer trustworthiness.
Top Reviews

Dusty
5.0 out of 5 stars Perfect for young readers!
Reviewed in the United States on April 21, 2017
Verified Purchase
This book was perfect for my 3rd grader doing research on Stevie Wonder! Easy to read, informative and gave info in chronological order. There is whole page explanations on things a young reader may not understand when reading in text: what is a synthesizer? What is segregation? What are the Blues?. Gives a snapshot page of important events at the back of the book. Also has illustrations to help captivate a young reade. This had all the info my daughter needed in one place for her paper!
Read more
5 people found this helpful
Helpful
Comment Report abuse

BTC
5.0 out of 5 stars Great Read
Reviewed in the United States on July 21, 2019
Verified Purchase
My daughter absolutely loves these books. We use them for history lessons.
Read more
One person found this helpful
Helpful
Comment Report abuse

SC FAN
5.0 out of 5 stars Fast
Reviewed in the United States on January 21, 2020
Verified Purchase
Fast and Great and I would buy from again
Read more
Helpful
Comment Report abuse

Amy Yamner
4.0 out of 5 stars Great for Teaching Kids
Reviewed in the United States on March 14, 2018
Verified Purchase
Really love these books for my daughter. She is learning so much about heroes and people who can inspire her to think big.
Read more
One person found this helpful
Helpful
Comment Report abuse

Dustin Peterson
5.0 out of 5 stars Hi
Reviewed in the United States on October 10, 2019
Verified Purchase
The best singer in history even how young I am I have to admit it he is a very good singer
Read more
Helpful
Comment Report abuse

Amazon Customer
5.0 out of 5 stars Another winner from the Who Was...? Series
Reviewed in the United States on August 4, 2017
Verified Purchase
Another bio that does not disappoint. The series is a wonderful way for kids to learn about a variety of people - my family really loves the whole series.
Read more
One person found this helpful
Helpful
Comment Report abuse
See all reviews from the United States

★砂浜やっほ★
4.0 out of 5 stars good
Reviewed in Japan on March 3, 2020
Verified Purchase
彼が世界的に称賛されていることがわかりました。