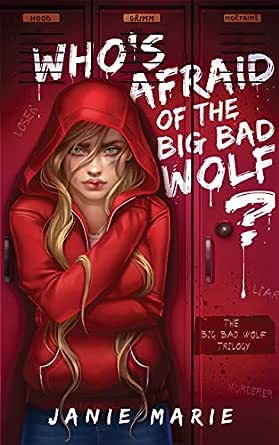 You've subscribed to The Big Bad Wolf Trilogy! We will preorder your items within 24 hours of when they become available. When new books are released, we'll charge your default payment method for the lowest price available during the pre-order period.
Update your device or payment method, cancel individual pre-orders or your subscription at
Your Memberships & Subscriptions
There was an error. We were unable to process your subscription due to an error. Please refresh and try again. 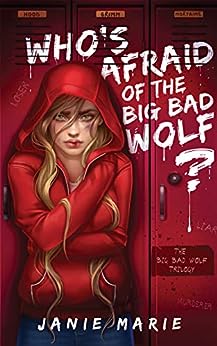 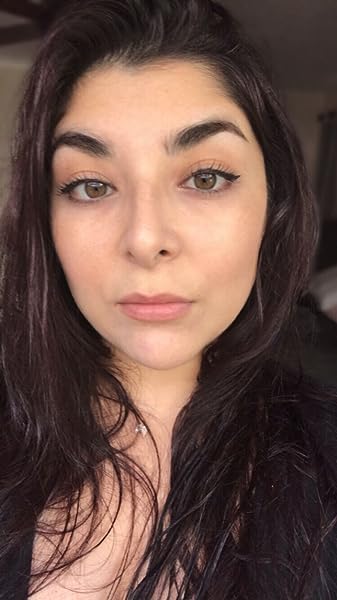 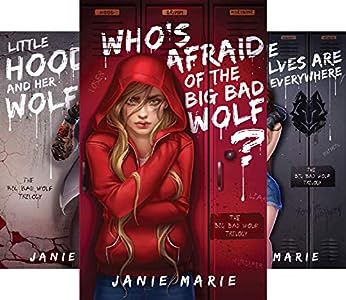 4.7 out of 5 stars
4.7 out of 5
33 global ratings
How are ratings calculated?
To calculate the overall star rating and percentage breakdown by star, we don’t use a simple average. Instead, our system considers things like how recent a review is and if the reviewer bought the item on Amazon. It also analyzes reviews to verify trustworthiness.

T.O. Smith
5.0 out of 5 stars Janie Marie has knocked it out the park again!
Reviewed in the United States on November 9, 2020
Verified Purchase
OMG! This book has everything you want in it - heat, sexy bad boys, secrets - it's all here in this book.

Though this book does tie into the Gods and Monsters trilogy, I feel that this series will be able to be read as a stand alone novel, though as the author states at the beginning of the book, you may feel left out when references are made.

This book was beautifully written, and it captured my heart from the very beginning. I adore every single main character. My heart goes out to Kylie and Janie for different reasons as their pain resonates deep within me. This book made my heart physically ache as I read it. At some points, I even had to put it down to give my poor heart a chance to recover.

There are so many secrets and twists in this book. It will definitely keep you on the edge of your seat. And though this book does end on a cliffhanger, this book is definitely worth it, and I know the second and third books will be just as amazing as this one!
Read more
Helpful
Comment Report abuse

Ariana
5.0 out of 5 stars couldn’t put it down!
Reviewed in the United States on November 9, 2020
Verified Purchase
Who’s Afraid of the Big Bad Wolf will suck you in. Janie Marie’s writing is so intense and well written and full of little nuances that you’ll want to read it again and again to pick up everything!

Kylie is such an interesting main character because she is hidden away and abused but you see these glimpses of a truly jealous girl underneath the Hood. It’s also hard seeing her be mean to my girl, Jane!

Janie and Ryder are just...my favorite in every alternate reality of God’s and Monsters. The fierce love they always have for each other breaks my heart, but also fills me with immense joy.

This AU of God’s and Monster’s is so well written with just enough hints of that trilogy that it will truly suck you in! I highly, HIGHLY recommend this book and cannot WAIT for the rest of the trilogy!

i received an arc in exchange for my honest review!
Read more
Helpful
Comment Report abuse

Kindle Customer
5.0 out of 5 stars A must read book/trilogy...
Reviewed in the United States on October 26, 2020
Verified Purchase
From the beginning, the characters draw you into their world and make you feel like you're apart of it. This book keeps you wondering and guessing what is going to happen next... not only that but it also has every day issues in it like mean kids, bullying, insecurities, life lessons, etc. I can't wait for the 2nd book to come out, to continue reading and follow the journey that kylie is taking... thank god the wait isn't too long... I love all the extra things that are written in the book too, that weren't apart of the original book... I would recommend this book and all of Janie Marie's books to everyone of all ages...
Read more
One person found this helpful
Helpful
Comment Report abuse

Chef Rose
5.0 out of 5 stars Confusing and intriguing
Reviewed in the United States on October 21, 2020
Kylie Hood is a quiet girl, who is trying to be invisible at school, but when circumstances bring Logan Grimm into her life, it’s turned upside down. “Who’s Afraid of the Big Bad Wolf” is an interesting, intense, and confusing tale that I had a hard time understanding what was going on. Your mind keeps asking the question, “Why?”, but I could not put it down. It felt like going to the movie 20 min late. I felt like I was trying to play catch-up. This tale has mean girls, abusive family situations, violence, drama, action. I hope that book 2, “Little Hood and Her Wolf”, answers the questions that developed while reading this tale.
I received a free copy of this book. This review was posted voluntarily
Read more
5 people found this helpful
Helpful
Comment Report abuse

Ashley Claudy
5.0 out of 5 stars Characters that keep you turning the pages!
Reviewed in the United States on October 23, 2020
From the moment I started it, the characters gripped me and pulled me into their world, never letting go, not even after the last page. It’s the type of story that sticks with you long after you put it down. More than that, I think it’s left a permanent mark!

With strong characters, excellent writing style that flows, and mind bending twists that fall perfectly in place, WAOTBBW is unlike anything I’ve ever read. From lust to love to anger and back again, in true Janie Marie style this is an emotional and psychological read. The ride gets bumpy, but hang on tight, the ending is the best part!

This is a trilogy, and the above is more a statement about all three books in total, but the statement holds true for all three. Each book has it's own vibe, but the total arc is amazing. This first book feels like the trap. You're led down this path with Kylie hood, naive to the darkness and danger lurking in the depths, but you can see the shadows growing and forming, but by then it's too late for Kylie -- not for the reader, it's an exciting twist that only makes you want to keep reading, and counting down till the next book release, which thankfully is not that far away!
Read more
5 people found this helpful
Helpful
Comment Report abuse
See all reviews

Evelyn
5.0 out of 5 stars A must read
Reviewed in the United Kingdom on October 28, 2020
Verified Purchase
Absolutely loved the original, and this is just as good or dare I say better? There's so much more to this story now and I cannot wait for books 2 and 3! 🤍🤍🤍🤍
Read more
Report abuse

Emily Vaughan
5.0 out of 5 stars So addictive!
Reviewed in Australia on October 22, 2020
Verified Purchase
Who's Afraid of the Big Bad Wolf? is a YA bildungsroman (coming of age) novel about an abused and isolated seventeen-year-old girl, Kylie Hood, as she falls in love for the first time.

From the moment they first meet, Kylie and Logan's connection is palpable, addictive, and it had me wanting to read more. I couldn't put it down. I'm neither a fan or a hater of the fake romance trope, but I thought it worked really well in this novel, especially because there were a few twists along the way that made it different to any other fake romance I've read in the past. I also love how Kylie and Logan both make mistakes, but I ended up rooting for them anyway - they're messed up, but despite that I loved following their journey, and I'm so keen to see where it goes in the next book!

I also loved how the fairy tales were incorporated into the book. It's a spin-off series from Marie's first trilogy, Gods & Monsters (I highly recommend these books too btw!), but draws from fairy tales like Cinderella and Red Riding Hood (its namesake). I love fairy tales and I love seeing them adapted to fit today's world, and I felt like the ties between fairy tales and this book were really well done. It was never pervasive or cliché, and I really appreciated that subtlety.

I would highly recommend this book to any reader interested in YA, fairy tales and fairy tale adaptations, romance (particularly the fake romance trope), and bildungsroman (coming of age). Also, if fantasy, apocalypse lit., and/or mythology is your thing, I would recommend reading the Gods & Monsters trilogy first - they're right up your alley, and you'll avoid spoilers if you read them first.
Read more
Report abuse
See all reviews