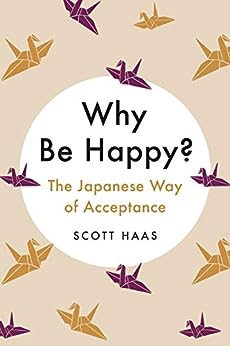 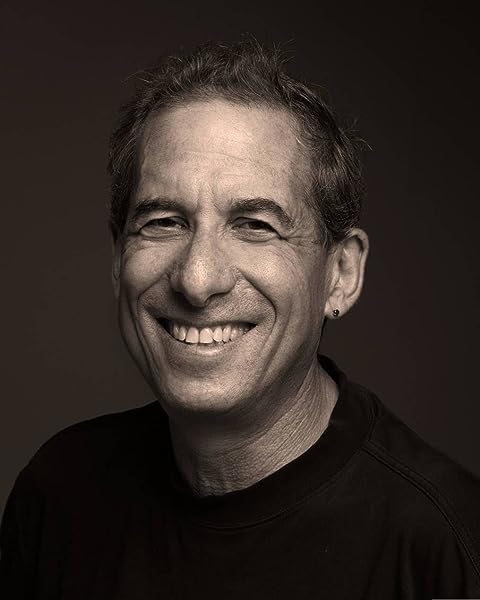 Why Be Happy?: The Japanese Way of Acceptance Kindle Edition

Tags that will help you discover similar books. 6 tags
philosophypolitics & social sciencesmotivationalself-helppersonal transformationeastern
Results for:
Page 1 of 1Start overPage 1 of 1
Previous page
Next page
Where do clickable book tags come from?
Book tags are created from a variety of sources, some of which are customer-generated. Amazon is not legally responsible for the accuracy of the tags represented. If you are an author or publisher and would like to remove a tag associated with your title, please contact your vendor manager or publisher support team.
Amazon Business: Make the most of your Amazon Business account with exclusive tools and savings. Login now

Scott Haas is a writer and clinical psychologist and the author of four books. The winner of a James Beard award for his on-air broadcasts on NPR's Here and Now, he holds a Ph.D. from the University of Detroit and he did his doctoral internship at Massachusetts Mental Health Center, a Harvard Medical School teaching hospital. He works in Japan three to four times each year. He is based in Cambridge, MA.
--This text refers to an alternate kindle_edition edition.

"Respect, flexibility, and the inspiration to articulate core values are the key elements to understanding different cultures. With these three approaches, Why Be Happy? describes quite eloquently the values that Japanese people want to hand to the next generation."―Yoji Yamakuse, author of Japaneseness

"Scott Haas describes dualism of life in Japan perfectly. He allows the reader to view the culture through his experiences as the Japanese simultaneously strive for perfection or imperfection, depending on whether you view it (the culture) from a western or Japanese standpoint. I highly recommend Why Be Happy? to anybody who's interested in learning about Japan. Omedetoo gozaimasu!"―Kenny Garrett, Grammy Award-winning jazz musician

"Why be Happy? is a fascinating, suggestive contemplation, filtered through experiences in Japan, of the happiness perplex in America. Haas perceives the basic elements of contentment in Japan as acceptance and empathy and asks if these aren't more satisfyingly found in the connections between people than in the isolated (American) individual."―Merry White, PhD, Professor of Anthropology, Boston University

"Scott Haas has written a valuable book that is enormously helpful for integrating our Western approach with Japanese practices for stress reduction. Both anecdotal and grounded in research, the book is extremely pragmatic. By focusing on Japanese methods to reduce stress, he then suggests that the subsequent calm can enable people to better address the systemic and institutional causes of their stress."―Robert B. Saper, MD, Director of Integrative Medicine, Boston Medical Center

"Scott Haas understands that Japanese cuisine reflects culture and history; he takes us behind the scenes and shows how the food is a sure way to appreciate Japan."―Shinichiro Takagi, owner and chef at Relais & Chateaux, two Michelin star restaurant Zeniya in Kanazawa, Japan

"Scott Haas's insightful and engrossing exploration into the Japanese way of acceptance is a road map to a more meaningful life. This wonderful book excites with food for thought that is sumptuous, savory, and nuanced."―Drew Nieporent, Restaurateur: Nobu, Tribeca Grill, Bâtard

"Scott Haas asks a very philosophical question, and he is really interesting and deep. Every time you open a page, you'll be amazed."―Kenichiro Ooe, former chef at Kozue, Park Hyatt Tokyo, featured in Lost in Translation --This text refers to an alternate kindle_edition edition.

4.5 out of 5 stars
4.5 out of 5
59 global ratings
How are ratings calculated?
To calculate the overall star rating and percentage breakdown by star, we don’t use a simple average. Instead, our system considers things like how recent a review is and if the reviewer bought the item on Amazon. It also analyzes reviews to verify trustworthiness.
Top reviews

Fred Melamed
5.0 out of 5 stars A Fascinating Look Into The Soul of Japan
Reviewed in the United States on August 15, 2020
Verified Purchase
A fascinating look into the soul of Japan. The book explores how the Japanese are guided, from a very early age, to endure life in a way that allows them to keep going. They experience grief, excitement and everything else, of course—but less “reactively” than we do. Why Be Happy is so interesting because it seems sometimes as though we could learn a lot from the Japanese, but sometimes as though we are so different that we cannot ever truly understand each other. Altogether, a really good read.
Read more
8 people found this helpful
Helpful
Report abuse

Neil Primack
5.0 out of 5 stars Salve for my battered 2020 soul!
Reviewed in the United States on November 6, 2020
Verified Purchase
I'm a student of nutrition and wellness, who loves to travel. "Why Be Happy" is a scholarly interesting, fun and easy to read book about the way of happiness in Japanese culture. Part travel log, the book draws you in with an explanation of the tea ceremony and gives practical information on the Japanese approach to wellness, acceptance and happiness. It is a enjoyable afternoon read!
Read more
4 people found this helpful
Helpful
Report abuse

Poonam
5.0 out of 5 stars Building a better life for yourself
Reviewed in the United States on October 22, 2020
Verified Purchase
Loved the way this book was written - each chapter was delightful and helped me find ways to constructively improve my life. The overarching message that eastern and western cultures have unique strengths and weaknesses that, when combined are better for human flourishing really resonated with me. Highly recommend!
Read more
3 people found this helpful
Helpful
Report abuse

Max
5.0 out of 5 stars Happiness
Reviewed in the United States on July 8, 2020
This is totally new information to me. Teachings from Japan were something I never even knew existed! I am sure they did but I only thought of Martial Arts when I thought of spirituality or ways of life from this beautiful part of the world. I loved this book!! Right now I am feeling the same thing many others are feeling deeling with this pandemic and the terrible struggles and tragedy it is bringing. I felt overwhelmed a few times. Sometimes with fear and others when someone I knew came down with Corona.So I really dove into this book to alleviate some of my fears and actually be happier. I am after reading this and putting it into practice. There are many examples and simple ways to put these teachings into practice. My favorite is the hot water bath. Not really all that hot but a warm bath . Mr Haas has the metaphor of landing in hot water as an example. All of us have probably landed in hot water so to speak at least once in our lives if we are honest. However taking a warm bath when you actually do and then thinking about it in the manner described gave the whole experience a happier and more grounding experience. Lots of ideas and ways to use them are given to make life more happy and a lot less stressful !!
Read more
9 people found this helpful
Helpful
Report abuse

YMD Snow
5.0 out of 5 stars I loved it!
Reviewed in the United States on August 6, 2020
Great book. It's very intriguing, thought-provoking and well-researched. I learned a lot from reading it and would recommend it to others looking to expand their knowledge of Japanese culture. The author touches on various aspects of Japanese way of life while he shares his personal experience and observations honestly and vividly. Haas' analysis is festinating yet, very easy to understand. I especially loved the chapter 3. He writes about an idea of "waiting and observing" by showing us Japanese way of serving tea, coffee, and cocktails. His observation is sensitive and thoughtful. The book is also relevant now as we all cope with the pandemic. Haas writes; "... when a crisis does occur, one in which the external structures are not enough to solve matters, what is the individual supposed to do?" He is not judgemental at all, but asks you questions. I highly recommend this book!
Read more
7 people found this helpful
Helpful
Report abuse

Marian H.
5.0 out of 5 stars A great book for these trying times
Reviewed in the United States on October 26, 2020
Scott Haas has written a wonderful book based on his experiences in Japan. "Why Be Happy?" explains ukeireru, the Japanese principle of acceptance, and gives practical advice on how to reduce stress by shifting the focus from ourselves to others by observing nature and our community. I think it's a great guide for helping us cope during these trying times.
Read more
3 people found this helpful
Helpful
Report abuse

Ben Szewczyk
5.0 out of 5 stars Super interesting read
Reviewed in the United States on December 16, 2020
I've read a ton of self help/pop-psychology books; this book transcends that classification. Well-written, extremely well-referenced, we all benefit from Dr. Haas' deep fascination and experience with Japanese culture. The author shares his experiences with Ryokan, tea and coffee shops, and Japanese mind-set/cultural norms, and is able to provide tangible ways of slowly incorporating such comforts into day to day life (from drawing a bath, putting on a simple pot of tea, or taking a step back in a heated argument). As a clinical psychologist who has decided that Japanese culture has something to teach us all, it is apparent that the author is able to relate well to people and has been well incorporated into Japanese culture through a series of friendships and business acquaintances. Lastly, whether citing the Buddhist monk Dogen or Drake, no witticism is off limits.
Read more
One person found this helpful
Helpful
Report abuse

Gaby
5.0 out of 5 stars Insightful and Timely Read
Reviewed in the United States on October 23, 2020
Why Be Happy? could not have come at a more opportune time. It provided me with a new, healthy perspective that I put to use during difficult times caused by the COVID-19 pandemic.
Read more
2 people found this helpful
Helpful
Report abuse
See all reviews

DSK
4.0 out of 5 stars Interesting perspective from another culture
Reviewed in Canada on September 20, 2021
Verified Purchase
This gives an interesting viewpoint of how Japan sees the world and beliefs. definitely a good read to see how different cultures handle situations.
Read more
Report abuse
See all reviews