Why Have Children?: The Ethical Debate (Basic Bioethics) and millions of other books are available for Amazon Kindle. Learn more 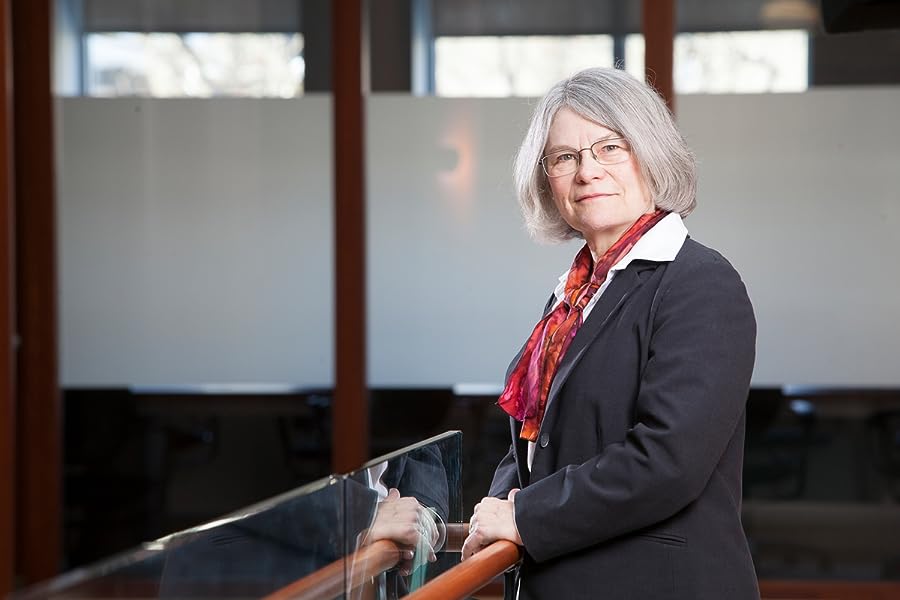 Why Have Children?: The Ethical Debate (Basic Bioethics) Paperback – September 20, 2013

by Christine Overall (Author)
3.9 out of 5 stars 13 ratings
Part of: Basic Bioethics (26 books)
See all formats and editions
Sorry, there was a problem loading this page. Try again.

Cogently argued and exhaustively researched, Overall's newest will be of particular interest to thoughtful adults engaged in this debate, as well as students and professionals in philosophy and sociology.—Publishers Weekly—

…Overall is clearly invested in making her work accessible to a range of readers. Given the current national conversation about reproductive rights, I wish work like Overall's was not only accessible, but required reading.

Christine Overall's latest book includes everything we've come to expect from her: relentless pursuit of the argument, crystalline prose, and a persistent drive to engage with the toughest and most important questions. At the heart of this conceptually sophisticated and factually rigorous book is a seemingly simple point: babies are borne by women. If you think that, by now, any philosopher writing about reproduction or population ethics would be keenly aware of this fact and its implications, you really need to read Why Have Children?

Christine Overall is Professor of Philosophy and University Research Chair in the Department of Philosophy at Queen's University, Kingston, Ontario. She is the author of Aging, Death, and Human Longevity: A Philosophical Inquiry and other books.
Read more
Start reading Why Have Children?: The Ethical Debate (Basic Bioethics) on your Kindle in under a minute.

3.9 out of 5 stars
3.9 out of 5
13 global ratings
How are ratings calculated?
To calculate the overall star rating and percentage breakdown by star, we don’t use a simple average. Instead, our system considers things like how recent a review is and if the reviewer bought the item on Amazon. It also analyzes reviews to verify trustworthiness.
Top reviews

Vicki
3.0 out of 5 stars Boring, badly written book
Reviewed in the United States on January 5, 2017
Verified Purchase
I never finished this book. It seemed to talk in circles about what the book was going to be about. It couldn;t keep my attention to actually get to a good point. After trying to read this, why not have kids? I couldn't tell you.
Read more
Helpful
Report abuse

Dennis Diehl
2.0 out of 5 stars Frustrating...
Reviewed in the United States on May 1, 2013
Verified Purchase
In the spirit on full disclosure, I agree with the central premise of this book: There are more compelling reasons NOT to have a child than there are to have a child.

That said, it appears as though Overall selectively ignores or willfully misinterprets counter arguments to her claims, namely those of Benatar's "better to never have been" philosophy. What's more, the author then attempts to knock down these now incomplete arguments or misinterpretations ad nauseum. This 'dance' grows tiresome and frustrating. Added to this, she has a troubling habit of making claims and assumptions about other theories and thinkers that are flat-out unsubstantiated.

It pains me to only be able to give a book about a topic so important and under-discussed 2 stars but I expected its handling to be done so with a little more objectivity and care.
Read more
12 people found this helpful
Helpful
Report abuse

randolph shannon
4.0 out of 5 stars Must Read
Reviewed in the United States on July 22, 2015
Verified Purchase
Though I disagree with some of Christine Overall's arguments I think the book is worth reading for anyone serious about the debate concerning the ethics of procreation.
Read more
One person found this helpful
Helpful
Report abuse

Eric
2.0 out of 5 stars Disappointing and Biased
Reviewed in the United States on July 14, 2013
Verified Purchase
The author takes a strong anti-male tone throughout the book, repeating ad nauseam the fact that women "bear the burden of pregnancy and childbearing." From this, she goes so far as to say men should be held financially responsible even for a child that a women deceives him into creating. This is just one of the many outlandish claims of the book.

I agree with Dr. Overall's overall point that the decision to have kids requires more justification than the decision not to. In fact, I think she doesn't go far enough in cautioning people about the choice to reproduce. She brings up David Benatar's work (Better Never to Have Been), but completely misunderstands (and misconstrues) most of his well thought-out arguments. For example, she claims that even bad lives are better than no lives all, which Benatar (and most lay persons) refute almost instantly.

Dr. Overall claims that having children is a serious ethical issue, but then she throws it all out the door at the end: When someone asks her if they should have kids, she responds with "Don't miss it!" What the heck? You write a whole book discussing the ethical implications of reproduction and then say "oh well, go for it."
Read more
11 people found this helpful
Helpful
Report abuse

Jasper
4.0 out of 5 stars A thoughtful but not clinical look at what it means to have children in modern North America
Reviewed in the United States on June 30, 2012
As a 28-year-old who recently entered a same-sex marriage, I'm struggling with what I think about my own potential for motherhood and the ways I could have children--do I want children? Do I not? In what ways could I feel ethically and emotionally *right* about parenting, if I do decide to parent? This is one of a number of books I've picked up to help me work through my thoughts--'and one I'm very happy with, because it examines a lot of the questions and feelings I've had.

The title sounds ominous, as though the book will be vastly critical of children or of people who have children. It isn't, though. Instead, Overall looks at what it means, morally, to have a child in present-day North America in clear, easy to read, and even warm language that shows a great deal of respect for children and for parents and that comes to no damning conclusions (except against deliberately-created extremely large families).

Mostly, Overall examines philosophical arguments that have been put forward both for and against having children and takes them down from the high-flown theoretical, in which no realistic human beings seem to be involved, to reality, where women must have or not have the children philosophers debate over. She looks at what these arguments, both pro- and anti-procreation, mean for women, their status, and their control over their own bodies. Many of the models fall apart when moved into the real world, where it's shown they imagine realities that could only exist if women were used as breeding machines or people were forced to be sterilized or use lifelong birth control. She also shows that many of the models seem to assume that people have a "prelife" existence that existing humans are either obligated to save them from (by procreating) or let them remain in (by not procreating)--and how strange and flimsy this assumption is, that children preexist their own existence.

She focuses on trying to find ways to judge the ethics involved in choosing to have children that abandon trying to value the (not comparable) states of existing and not existing, but instead look at what the choice to have children means for those who do exist and will exist--i.e., for everyone already alive and for the child who will exist if parents choose to procreate. I like that. It's easy, as a human being, to get caught up in "alternative universes"--what could be, what might be, what isn't but maybe should be, etc.--and hard to look at what is, right now, and what is right to do right now (even if what is right is hard).

In the end, she comes to no sweeping conclusions. The decision to have children can be either good or bad, depending on the individual circumstances. She concludes that it is much easier to ethically justify not having children than to justify having them, and that, given modern population, North American parents have a moral (though not legal or social) responsibility to have not more than one child per person. She also concludes that the decision to go ahead and have children is essentially *non*rational, not irrational--that is, considerations go into it that cannot be explained by reason but that are still sound.

I'd recommend this book to anyone who's driving themselves up a tree wondering about the big abstract questions about having children--will I fail my personhood by not having children? Will I fail my genetic lineage? Will I be helping overpopulate the planet if I have kids? Or will I be helping contribute to an aging population with no workers if I don't? Is it okay if I have children even if my genes are less than perfect? Am I too old to parent? Etc., etc., etc. It may help ground your thoughts a little.
Read more
37 people found this helpful
Helpful
Report abuse
See all reviews

Assya
5.0 out of 5 stars Excellent examination of core issues related to reproduction and motherhood
Reviewed in Canada on December 24, 2017
Verified Purchase
A book I return too again and again. Very helpful for people struggling to sort through ideas on whether or not to have children. Helps cut through the noise of societal pressure related to age, gender, environmental sustainability, traditional -- you name it, this book addresses it. and presents accessible breakdowns of ideas related to reproduction and motherhood. I very much appreciated Overall's takedown of David Benatar's anti-natalist arguments.

If you are a woman unsure about whether or not she would like to have children, I'd highly recommend this book. It will help you sort through your emotions and heighten your ability to think through the decision in a rational manner. Thank you Christine Overall for this important contribution.
Read more
Report abuse
See all reviews
Back to top
Get to Know Us
Make Money with Us
Amazon Payment Products
Let Us Help You
EnglishChoose a language for shopping. United StatesChoose a country/region for shopping.
© 1996-2021, Amazon.com, Inc. or its affiliates