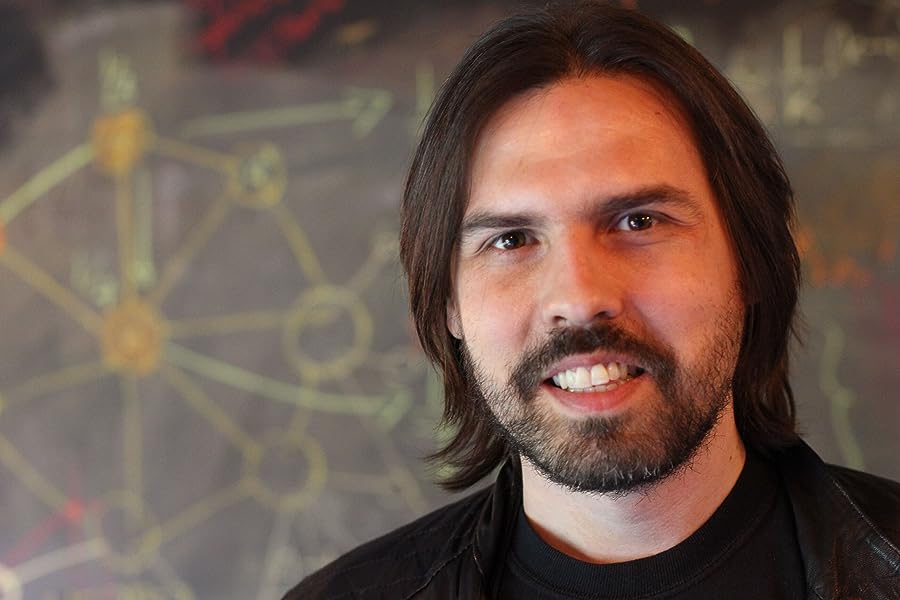 Why Information Grows: The Evolution of Order, from Atoms to Economies Hardcover – January 1, 1877

Start reading Why Information Grows on your Kindle in under a minute.

4.4 out of 5 stars
4.4 out of 5
149 global ratings
How are ratings calculated?
To calculate the overall star rating and percentage breakdown by star, we don’t use a simple average. Instead, our system considers things like how recent a review is and if the reviewer bought the item on Amazon. It also analyzes reviews to verify trustworthiness.
Top reviews

Ferdino
2.0 out of 5 stars Childish synthesis of philosophy and economics
Reviewed in the United States on March 24, 2019
Verified Purchase
The book starts interestingly, talking about the role of information in the creation, or universe, or whatever ontological term you prefer for “the world.” But then, the way the author transitions into economics resembles those funny albeit cringeworthy Fail videos in YouTube. You know like the one where a college boy tries a summersault but slams himself agains an ironing board? The author’s stength is clearly philosophy. But the book is mostly about economics. You can tell he has done a lot reading-up on economics. But he remains an amateur. The econ ideas that he finds fascinating have been studied ad nauseam by now. But he does not appar to know this (after all economics is not his field). Here is an example from p144:

“In the next chapter I will show that the mix of products a country exports are highly predictive of its future level of income, indicating that the knowhow that is embodied in a society helps pin down its level of prosperity.” Really? That still needs to be shown? As if all of that has not already been shown in the countless Economics 101 books since times immemorial?

In sum, a very boring and unoriginal book. About 90% of the text is basic economics, written by someone who was learning economics as he was writing this book.

Bobby Norton
5.0 out of 5 stars A beautiful, readable introduction to how information grows through computation and how it shapes society
Reviewed in the United States on May 30, 2015
Verified Purchase
César Hidalgo has written an important and ambitious book. His professional background in physics, network science, complex systems, and economics, as well as his personal experience in international travel, friendship, and fatherhood, gives him a unique perspective on the unifying theme across these diverse concerns: Information. "Why Information Grows" presents the relationship of energy, matter, and information in anecdotes, stories, and intuitive examples. Insights begin flowing right away: Like temperature and motion, information is incorporeal, but it is physical: Information is physical order, like the difference between a shuffled and sorted deck of cards.

This conversational approach allows the key concepts to emerge quickly and naturally. To briefly summarize the arguments:

Computation happens in plants or bacteria, but the human brain is the ultimate incarnation of the computational capacities of matter. We organize our brain and our society to beget new forms of information, deposited in objects and language. These allow us to distribution information, both knowhow and knowledge. What's the difference between the two? We know how to walk, but most of us don't know the biomechanics of how we walk. Some rare individuals know both, and can combine that information with robotics and prosthetics to build new creations like artificial limbs.

Humans have the unique ability to do what César poetically describes as "crystallize information". We create objects from our imagination and from the collective fiction we develop with others through expression and language. We eventually hit limits of what we can compute and manifest on our own, forcing us to work with others to form a distributed computer...a social network with an emergent collective intelligence. This human network leads to economies embedded in social and professional networks that predate and constrain economic activity.

The inequality of the wealth of nations is an inevitable consequence of the inequality of the distribution of large networks of knowledge and knowhow. César then leverages his previous in-depth work on
economic complexity  to make four important testable predictions:

• Simpler economic activities will be more ubiquitous.
• Diversified economies will be the only ones capable of executing complex economic activities
• Countries will diversify toward related products
• Over the long run (> five years), a region's level of income will approach the complexity of its economy, as approximated by product exports

Society is a collective computer, augmented by the products we produce to compute new forms of information. The social and economic problem that we are truly trying to solve is that of embodying knowledge and knowhow in networks of humans. This evolves the computational capacity of the human race, and ultimately helps information grow.

César certainly could have made this a highly mathematical treatise suitable for publication in Nature or the PNAS. Indeed, for the more technical reader, the book's 25 page appendix provides copious references that back up the author's claims. I enjoyed the behind-the-scenes insight into the works of figures that were new to me like Ilya Prigogine, Francis Fukuyama, and Wassily Leontief.

The book ends with a powerful moral imperative: "We worry about money and taxes instead of owning the responsibility of perpetuating this godless creation: a creation that grew from modest physical principles and which has now been bestowed upon us." César comes from and contributes to a community of thinkers and makers that learn from the past and live in the present from which a better future can emerge. By describing the importance of information from atoms to economies, he implicitly bids the reader to do the same. "Our world is different from that of early hominids only in the way in which atoms are arranged": Here's to ever-increasing information, our ability to work peacefully together in society to achieve it, and to the beautiful complexity that information and augmented computation brings.
Read more
95 people found this helpful
Helpful
Comment Report abuse

It also provides an interesting and new perspectives of what economy is, and how to measure it. More than just being an alternative approach it's quite complementary, and specially convenient for the times we live in which we have a lot of data about all the data we have.

And yet the book has gaps (for those gaps I first 4★ed the book but then I thought contents were good enough and that I had a very pleasurable reading). And the gaps are not small:

One of the main concepts introduced in this book is that of economic complexity, an index that can be applied to regions, industries or companies. And yet the author doesn't give a definition of it (he gives a hint, enough to show that the index is difficult to define in bare words). Well, he could have used an appendix to provide a definition!

Then the author claims this index predicts future rates of growth (in conventional economic terms). Yes, it shows how that correlation exists between the economic complexity index measured for countries in 1985 and present rates of growth. Bu that's just one correlation, it's far from enough. Ok, he believes on his index,… thus the natural next thing to do is to show current values of economic complexity for countries, and thus give us a prediction of future economic growth (and with that, an option of testing the prediction). Mysteriously enough the author doesn't provide that information either.

(Note the negative synergy of the lack of a formal definition of the index, and the lack of the current data… specially when claimed that the index predicts our future).

Finally, I felt there's also a gap between the first part, in which he introduces information and entropy, and how both are in essence physical (solid) phenomena and not just mathematical, and also how matter computes; and the second part in which he jumps to a bigger scale, that of societies. It's somehow difficult to understand how both parts connect. At the end of the book he gives a very good summary, which certainly helps establishing the connection. Strangely enough, it's actually outside the main body of the text, in the acknowledgments (yes I read them, they actually have interesting ideas and stories), in which César more clearly manifests the link:

"As I […] tried to escape the rhetorics of deprivation, guilt, prosperity, optimization, equilibrium, and wealth, I learned that economic growth was nothing more than an epiphenomenon of a larger, more universal, and more relevant phenomenon. This is not the growth that captures headlines and political agendas, but the growth that makes possible the existence of life and society— even if we ignore it. This is the growth of physical order, or information. Soon I had to accept that information was what it was all about. At this point, I could no longer see the economy in terms of income, regulations, and agents. The economy was a mundane manifestation of something deeper."

M. Green
3.0 out of 5 stars A bit underwhelming in the end
Reviewed in the United Kingdom on September 17, 2015
Verified Purchase
This book contains interesting ideas but in the end is a bit underwhelming. He is definitely on to something in trying to bring the ideas of information science into economics. And I enjoyed his account of the general principles of information. But stops some way short of practical policy implications. I still appreciated reading it.
Read more
Report abuse

olvrtdd
3.0 out of 5 stars Amazing theory - hard to read
Reviewed in the United Kingdom on March 20, 2017
Verified Purchase
Fascinating, but his writing style can be sometimes impossible to read. I found myself re-reading pages over and over again because of weird phrasing and incredibly long, complex sentences.
Read more
3 people found this helpful
Report abuse

Trikon
5.0 out of 5 stars Wonderful
Reviewed in the United Kingdom on April 28, 2017
Verified Purchase
brilliant; most thought provoking book I have read in past three years. Not just a book for economists or philosophers, but for anyone who wants to think deeply about the world and human relationships
Read more
Report abuse