Why Meadow Died and millions of other books are available for Amazon Kindle. Learn more 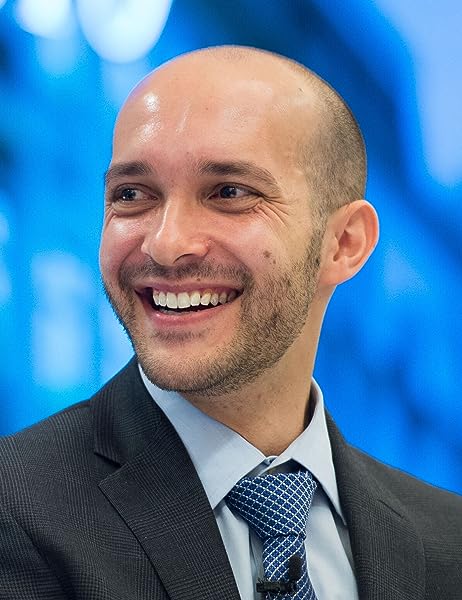 Why Meadow Died: The People and Policies That Created The Parkland Shooter and Endanger America's Students Hardcover – September 10, 2019

“An ancient Talmudic adage warned: ‘Those who are kind to the cruel will be cruel to the kind.’ This law of life explains why fourteen high school students and three adults were murdered on Valentine’s Day 2018 in Broward County, Florida. Max Eden and Andy Pollack, the father of one of the murdered students, have written one of the most important books on American life published in the last few years. Why Meadow Died is shocking, illuminating, and ultimately angering. If the media ignore this book, it will prove they put ideology above truth.” -- Dennis Prager, nationally syndicated radio talk show host, syndicated columnist, and New York Times bestselling author of, most recently, The Rational Bible

“This book could be titled: Andrew Pollack vs. Broward County. Mr. Pollack is the bold, striking colossus of Parkland politics. He deals justice with an iron fist and will likely be portrayed by Arnold Schwarzenegger when the movie version of this book is inevitably made.” -- Cameron Kasky, Co-Founder of March For Our Lives

"Why Meadow Died is the untold, almost unbelievable story of how the moral corruption wrought by politically correct policies and willful blindness made the most avoidable school shooting in history somehow inevitable. If the public faces the truths this book reveals it should insist on a searching examination of the ethos of our public schools." -- Bill Bennett, Former U.S. Secretary of Education

"Why Meadow Died is a Shakespearean tragedy set in a public school system. The dark truths about our society and ourselves that shine through may be painful, but parents can't afford not to confront them. Moms: read this book like your child's life depends on it. It just might." -- Nicole Landers, Mom, Nurse, Founder Parent2Parent Network

"Every teacher in America should read Why Meadow Died, because as Pollack and Eden show, the policies responsible for the Parkland tragedy have spread across America. School administrators across the country are rewarded for not enforcing the rules, which leads to a thousand tragedies a day that go unrecorded. Public education is headed down a dark path, and this book should be a wakeup call to teachers and parents across the country." -- Judy Kidd, President, Classroom Teachers Association of North Carolina

"After the Parkland shooting, the media devoted far more attention to the model of gun the killer used than to the role the school and its policies may have played in enabling the tragedy possible. Max Eden and Andrew Pollack refused to leave it at that, calling out the troubling failures of the Broward County School District, which seems to have, at times, been more intent on buffing its public image than on giving the community answers and keeping children safe. Given that Broward's disciplinary practices were hailed as a national model by many in public education, Why Meadow Died is a timely and bracing contribution." -- Frederick M. Hess, Director of Education Policy Studies, American Enterprise Institute

Andrew Pollack was an entrepreneur and businessman with experience in scrap metal, real estate, and property management. Everything changed when his daughter Meadow was murdered. He now dedicates his life to making school safe again, founding a non-profit Americans for Children’s Lives and School Safety (CLASS) and making sure that the families of victims get answers and justice.

Max Eden is an education expert at an NYC-based think tank. He was formerly program manager of the education policy studies department at the American Enterprise Institute. Eden has a BA in History from Yale University.

Start reading Why Meadow Died on your Kindle in under a minute.

4.8 out of 5 stars
4.8 out of 5
1,290 global ratings
How are ratings calculated?
To calculate the overall star rating and percentage breakdown by star, we don’t use a simple average. Instead, our system considers things like how recent a review is and if the reviewer bought the item on Amazon. It also analyzes reviews to verify trustworthiness.

J. Harris
5.0 out of 5 stars Bone chilling
Reviewed in the United States on September 10, 2019
Verified Purchase
I just started it and not even a hundred pages in and it's got me crying and pissed off at the same time. Political Correct gave birth to the Promise program and kids died because of it.
EVERYONE should read this!!!
Read more
235 people found this helpful
Helpful
Report abuse

Jules
5.0 out of 5 stars Crucial Message Too Important to Miss by Loving Father of Beautiful Soul
Reviewed in the United States on September 10, 2019
I want to thank this dear and loving father, Andrew Pollack, for taking his unimaginable pain and sharing this book and incredibly important message with us so that more people can now understand any potential factors involved in order to prevent more senseless and completely avoidable tragedies to occur again.

Never has there been a better time to obtain as much accurate and applicable information as possible so we can be equipped to override the hyper-partisan and outright evil we are sadly witnessing when they refuse to address anything that opposes the narrative they have force fed us all for way too long. In his unimaginable grief and incredible determination, Mr. Pollack (and his brave, kind cohorts and precious family) was able to overcome the atrocious treatment he received during an experience that no one should ever have to face and hold those responsible for contributing to prematurely ending the life of his beautiful daughter Meadow, whose eternal light must have shown him the way; helping others prevent future tragedies.

The power of corruption and influence that contributed to this ruthless and unconscionable event, along with the obsessive need to hang onto a destructive mentality of political correctness in society, needed to be exposed.

There are no words to express how much we appreciate this effort and how truly sorry we are to have seen how much these dear families were let down by a broken system that must be fixed, but one action that has the potential to help fellow human beings heal and how to make a difference in our children's future would be to buy and read this book today. And please continue to share this with everyone you know and love.

Thank you for allowing us to see the heroes that helped so many fellow human beings throughout such a devastating ordeal, including the heroes who wrote this book and who so eloquently wove together the stories and facts that we so desperately needed to hear.
Read more
224 people found this helpful
Helpful
Report abuse

Julie Conroy
5.0 out of 5 stars This book could save lives
Reviewed in the United States on September 10, 2019
Verified Purchase
I just started reading this book and do not want to put it down. I am a parent. And a former teacher and Board of Education member. The info in this book could absolutely save lives. Policies need to be changed in every school district in this country. Kids are not facing any consequences for bad behavior to make districts look good. I can look back and see so many examples over the years where outward appearance mattered more than serving the students. This needs to change. And fast!!!! I am crying reading this book. And feel sick at how students and teachers paid for poor policies and oversight with their lives. I want to go to every school board meeting there is and help them understand.
Read more
184 people found this helpful
Helpful
Report abuse

John Paul
5.0 out of 5 stars A must read if you care about teachers or schoolchildren
Reviewed in the United States on September 11, 2019
Verified Purchase
I got my pre-order in the mail yesterday and read it last night. This is not my genre. I wasn't even particularly invested in the topic before I started reading. It was absolutely riveting. Explosive. Particularly Damning.

I was engaged and enraged from to cover. I cried as I read accounts from the victims in their own words (not sound bytes filtered by the 24 hour media.)

Reading the cold hard facts of this story is like stepping into the twilight zone. The incompetence and corruption that created this mess occurred at unbelievable levels.

After reading this book, there's not a doubt in my mind that the Broward County school administration bears full responsibility for killing the students entrusted to them. Even the murderer was a product of their dysfunctional school system.

The dystopian nightmare matches reality in schools around the country and highlights a culture that has gotten so much worse. Teachers are handcuffed by administrators and bureaucrats that love running their little kingdoms, totally unaccountable to anyone, personally making the salaries of half a dozen teachers.

Teachers can't properly discipline students and the best intentions of keeping kids out of jail is causing a situation where crimes are literally bring committed every day and going unpunished. I'm hearing the same story from teachers and school behavioral counselors I know in North Carolina and Virginia as well.

Even more disappointing was that Broward couldn't vote out the bastards.

This book gets a 5/5 from me. It's a brilliant expose.
Read more
158 people found this helpful
Helpful
Report abuse

EK3
5.0 out of 5 stars Must read for anyone who cares about school violence.
Reviewed in the United States on September 10, 2019
Verified Purchase
Incredible insight behind the tragedy. A must read for those who want to effect real change and stop school violence.
Read more
148 people found this helpful
Helpful
Report abuse

Stan Vizina
5.0 out of 5 stars An inciteful look at the Parkland tragedy
Reviewed in the United States on September 10, 2019
The author is motivated by personal tragic loss. Normally you would think that would lead to a biased outlook, but in this case the passion of the author lead him to look for real effective answers. "I owed it to other parents...to see what happened in Parkland to my beautiful daughter and see that it's not happening to their kid" that pretty much sums it up right there. Great book on a very important topic.
Read more
117 people found this helpful
Helpful
Report abuse
See all reviews

mr s harding
5.0 out of 5 stars One of the read's of the year so far. 5 stars.
Reviewed in the United Kingdom on September 20, 2019
Verified Purchase
This is a must read.
Heart wrenching opening and gripping throughout.
I'm amazed at how the establishment allows for people with mental problems to continue to threaten society because they are afraid of offending anybody.
Several red flags were raised but nothing was done.
To be honest I couldn't put it down.