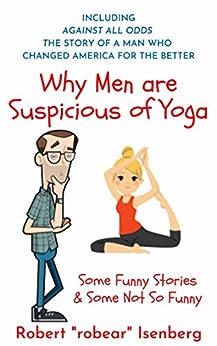 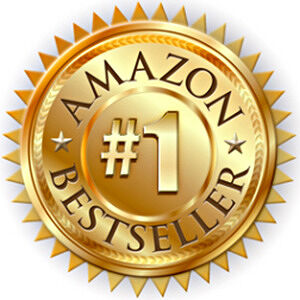 Why Men are Suspicious of Yoga: And Other Very, Very Funny Stories Kindle Edition

"I read this book because of the catchycover. Moreover, when I started to get through to it I realized that it's notonly catchy, it's also interesting, funny, and delightful!

Robert shared so many fun, insightful andextraordinary life experiences that most people will find relatable. If youhave a partner, share this with them and laugh together.

This is a book I will recommend to allpeople! Young, old, and in between. This book will work for everyone becauseit's a perspective of a man finding humor in all aspects of his life. We toocan connect to him and find that some parts of his life are just like ours,especially the ones we share with our friends and family. A great read, for sure!" Reader Reviews.

"So many fun parts of the book that I wantto share with my wife. I read this because my buddy Sean recommended this bookto me. He said that this is funny and that it will crack me up big time! Mybuddy Sean was right. I got my wife to read it and he said, Robert is quite aguy and that Rob is somewhat like me. :PAlso, this book got me thinking about football and its controversies. Inaddition to that are "mundane stuff" such as advertising on TV, the things Iand my wife do, and my relationship with my brothers.
Rob has a way with hisstorytelling that will attract a lot of people and let them see the humor inthings! This is a good book to read for enjoymentand relaxation! Highly recommended!" Reader Reviews.
"In his book "Why Men are Suspicious of Yoga", Robert has dutifully, and with his tongue planted firmly in his cheek, recorded history through the lens of "everyman". By writing a series of short reminiscences and observations from his life he paints an accurate picture of American life in the 20th century. From family members going off to WWII through to talking to the geniuses in the Apple store, Young has kept his tone light and observations shrewd. .This collection of short, creative, autobiographical stories will have one nodding in agreement and chuckling throughout." The International Review of Books.

Robert Isenberg (aka "robear") was president of Right Stuff, Inc., a footwear import company from 1976 to 2008 with a main office in Burlington, Massachusetts. Robert worked for domestic footwear factories until they closed due to overseas competition. He then traveled the world designing and sourcing distinctive items for major retailers. He worked throughout Europe, the Far East, Brazil, Israel, and Mexico, eventually establishing an office in Shanghai, China. This office was predominantly facilitated by women under the competent leadership of Alice Su, to whom he and his wife and partner, Esther, are very grateful.

Presently Isenberg is a humor columnist. His essays have been published in a group of local newspapers and magazines for over four years. He and his wife, Esther, reside in Lexington, Massachusetts. They enjoy sharing life experiences with their two daughters, Sarah and Rebecca and their families.

Robert performs his stories under the name "robear" at different venues upon request. He can be contacted at robear68@gmail.com.

3.9 out of 5 stars
3.9 out of 5
83 global ratings
How are ratings calculated?
To calculate the overall star rating and percentage breakdown by star, we don’t use a simple average. Instead, our system considers things like how recent a review is and if the reviewer bought the item on Amazon. It also analyzes reviews to verify trustworthiness.
Top reviews

Grady HarpTop Contributor: Children's Books
HALL OF FAMETOP 100 REVIEWER
5.0 out of 5 stars ‘Robots know way too much…’
Reviewed in the United States on February 26, 2020
Verified Purchase
Massachusetts author Robert “robear” Isenberg is a humor columnist, publishing essays in newspapers and magazines, and it is this resource that provides the excellent and very funny collection of stories for this book. His biographical information includes his involvement with his youthful Robert’s Fairly Famous Roast Beef Sandwiches, his career with Right Stuff, Inc (a footwear import company), and as a designer for major retail companies in Europe, the Far East, Middle East, and south of the border in Brazil and Mexico. Humor is his passion at present and he performs his stories using the ‘robear’ moniker.

The subject matter of these hilarious tales varies significantly from one to the other and the variety guarantees that everyone will find favorites. A little ‘for instance’ helps key in the line of fun, this one from Mr. Fridge Speaks Out: ‘My name is Mr. Fridge. I was the subject of an article in the Lexington Minuteman and other newspapers a few months ago. Oh yes, the piece mentioned some of my new attributes, but it really didn’t tell you much about who I am or where I came from. I did receive a lot letters asking questions. Some were even intelligent. Let me tell you about myself. I was, at birth, just a plain, old, regular refrigerator. There was absolutely nothing special about me. My first home was the Sears store in Burlington, Massachusetts. I lived there with a bunch of other refrigerators that, for the most part, looked like me, except for one, but I’ll get to that later…’ And it is that sort of personality assigned to objects and other ingenious asides that suffuse this most entertaining collection of funny (and wise!) stories.

The ‘categories’ include insights into language, games people play, family, ‘the world and Robert meet,’ travel, food, and artificial intelligence – each explored with wit, tongue in cheek humor, tongue out of cheek guffawing, and a hefty dose of contemporary philosophy – related in a very humorous manner.

Jump in for a series of fine escapes from the pickles that life, at present, delivers. This is one fine attitude adjustment resource! Grady Harp, February 20
Read more
18 people found this helpful
Helpful
Report abuse

JerryN
1.0 out of 5 stars I am likely not the target demographic.
Reviewed in the United States on September 30, 2019
Verified Purchase
This book reads like something that would be used to entertain nursing home residents. It’s bland but accessible and inoffensive. I left it on the airplane to Florida where it should find a more suitable owner.
Read more
16 people found this helpful
Helpful
Report abuse

bill morgenstein
5.0 out of 5 stars Easy Reading, very funny and very insightful.
Reviewed in the United States on June 10, 2018
Verified Purchase
When I got caught up (a little) with my reading I breezed through the book in two sittings. I couldn't wait to read the next chapter to see what the author would come up with. even some of the fantasy rang true. I'm a little older than Bob so I could relate to many of the situations and items that he mentions. I have also been to many of the same places (not Shanghai however). We spend most of our time in South Florida so when I got to the Del Rey chapters I laughed so loud that my wife wanted me to finish the book so that she could read it. Even Bob's slant on politics was generally fair. I can't wait for his next book.
Note, that another reason that I can appreciate Bob Isenberg's writing is as I was reading his book I was mentally comparing it to my autobiography and it gave me some valuable insights for the sequel to my book. The Crazy Life of a Kid from Brooklyn: My Crazy Life in history, with celebrities, with travel & with business.
Read more
15 people found this helpful
Helpful
Report abuse

I enjoyed the short story format. It made it easy to pick up, read a few chapters (stories), put the book down, and pick it up later without having to remember what was going on.

Being of the same generation, I was able to laugh about many of the funny situations, having"been there done that! "

Why Men are Suspicious of Yoga is a good book that i endured reading a lot.
Read more
6 people found this helpful
Helpful
Report abuse

Emily
5.0 out of 5 stars It is unique.
Reviewed in the United States on August 12, 2018
Verified Purchase
The book starts with several comedic scripts about syntax, morphs into multiple autobiographic episodes, and ends with a talking refrigerator. It makes a strong case that comedy and autobiography require an author who is pleased with who he is. The author is bright and well traveled who talks to himself when he would rather be talking to an audience. So why the good review? When you finish the book, you invest time and effort in trying to figure out why you continue to think about it. If the book is a salesman, it made the sale.
Read more
10 people found this helpful
Helpful
Report abuse
See all reviews