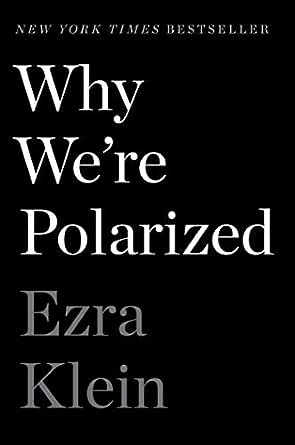 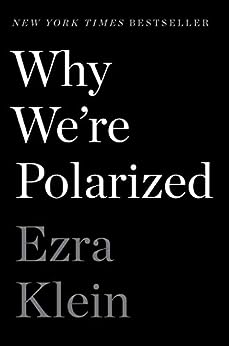 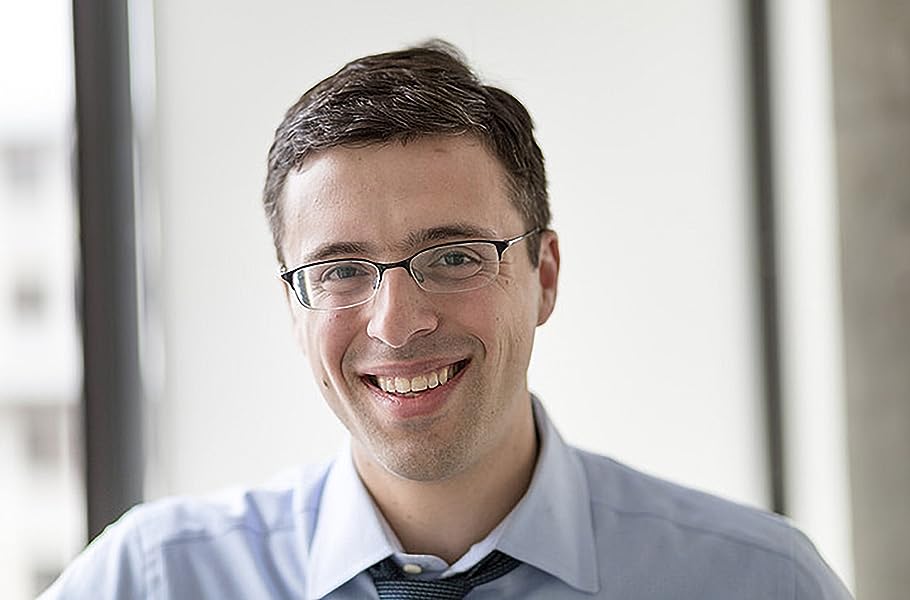 Ezra Klein is the editor-at-large and cofounder of Vox, the award-winning explanatory news organization. Launched in 2014, Vox reaches more than 50 million people across its platforms each month. Klein is also the host of the podcast the Ezra Klein Show, cohost of the Weeds podcast, and an executive producer on Vox’s Netflix show, Explained. Previously, Klein was a columnist and editor at The Washington Post, a policy analyst at MSNBC, and a contributor to Bloomberg.

4.5 out of 5 stars
4.5 out of 5
322 customer ratings
How does Amazon calculate star ratings?
Amazon calculates a product’s star ratings based on a machine learned model instead of a raw data average. The model takes into account factors including the age of a rating, whether the ratings are from verified purchasers, and factors that establish reviewer trustworthiness.
Top Reviews

SN
5.0 out of 5 stars The Science and Politics Behind Polarization + 1 Fatal Error
Reviewed in the United States on January 28, 2020
Verified Purchase
In this Review: The key finding. Why 5 stars? Brief synopsis by chapter. What’s missing? And where to find it. The reader can just ignore the fatal error in chapter 10, saving the book from 3 stars.

It’s hard to believe how easily humans polarize, but Klein lays out the scientific evidence so clearly, and the experiments he draws on are so well-designed, that there’s no room for doubt. On the slightest pretext, everyone from young children to adults will divide the world into Us and Them. And Us will happily harm Them even when doing so harms Us as well.

So how has our nation - or any nation - ever held together? Klein’s answer is cross-cutting identities. He defines identities broadly - ethnicity and gender, of course; economic and social class too, but also religion, politics, age, urban/rural, sports-team fandom, etc. And he shows how powerful some of these can be. We can disagree on politics, but if we share, say, religious and sports identities, it’s hard to hate each other.

Klein even has data on how these cross-cutting identities reduce the chances of civil war.

The problem comes when these identities start merging into “mega identities.” It’s happening now as conservatives, religious, older-white, and rural identities all align and merge into a single mega identity which then sees itself in opposition to another mega identity: the left, secular, multi-ethnic and urban. That’s the key finding about why we’re in trouble, but there’s much more to it.

You may be wondering, “Should I buy this book?” Here’s my answer:

It depends. Klein brilliantly explains the deeper forces at work. That’s why I give him 5 stars. But if you want to understand how those forces are playing out in this election year, and what we can do about it, it's not here. For that, have a look at

Ripped Apart: How to Fight Polarization . Both books are essential, they just address different questions.

The two books agree on the basics. For example, both blame the culture war more than economics - as Klein puts it, “economic anxiety cannot explain away our political or cultural divisions.”

Chapters 1 and 2 argue correctly that today’s polarization has its roots in the 1960s, but it leaves out what the right-wing sees as the most polarizing events, such as the fight over school busing, the massive urban riots, the counter-culture, black power, and anti-war bombings. This may be the weakest part of the book. “Ripped Apart” provides an antidote.

In a brief “INTERLUDE,” Klein announces that from here on that he will “show the feedback loop of polarization: institutions polarize to appeal to a more polarized public, which further polarizes the public, which forces the institutions to polarize further, and so on." It’s a vicious circle and it’s getting worse.

CHAPTER 6 shows how the media plays its part in this “feedback loop.” The result is that those who consider themselves the most politically well-informed -- among both Democrats and Republicans -- are in fact the most misinformed. I won’t spoil his shocking statistics showing how bad this can get.

CHAPTER 7 concerns our political parties. They have been getting weaker since the early 1970s, while partisan fervor has gotten stronger, because primaries, with their low turnout, favor the partisan extremes. This led to Trump's takeover of the Republican Party.

CHAPTER 8 takes a careful look at our two-party system, and the picture gets even grimmer.

CHAPTER 9 argues that Republicans have been more afflicted by polarization, and explains why the Democrats' diversity has partially protected them.

CHAPTER 10. After nine chapters spent explaining the terrible consequence of polarization, Klein suddenly concludes, “I don’t consider polarization, on its own, to be a problem.”

Here’s his argument: “Surely the polarization that followed [the 1964 Civil Rights Act] was preferable to the oppression that preceded it.”

And, if you look at the history, most of which Klein omits, we see that the Civil Rights Act was passed in both houses by landslide margins of both parties — there was little party-identity polarization then. And four months later LBJ was elected with one of the biggest landslides ever. Still little polarization.

The polarization came after the polarizing events I mentioned above. But if you ignore his careless polarization-is-good punchline, the rest of the book is well worth five stars.

Dee ArrTop Contributor: Harry Potter
TOP 500 REVIEWER
3.0 out of 5 stars Great Start Ends Badly
Reviewed in the United States on January 28, 2020
What began as a mostly balanced examination of why Americans are polarized transformed into multiple attacks on everything on the Right. It was almost as if two books had been written.

In the first half, author Ezra Klein seemed to try hard to be fair in his analysis, although from time to time he did inject his own political views. I concentrated on considering if the information Mr. Klein presented made sense, allowing his examples to strengthen his point that as our identities (everything we are that is primarily considered non-political) activate under one umbrella (our political identity), they become stronger. In his own words, “Our political identities have become political mega-identities.” Further into the book, Mr. Klein makes the point even clearer when referring to his own opinions: “I can’t tell you that’s not just my motivated reasoning in action.” But the main thrust of the first half of the book is not to point at each of us and show us how we each rationalize to support our beliefs. The question is what this behavior means and how it affects all of us.

The author traces the initial split - over half a century ago - to a time when conservatives and liberals were part of both major parties. The lines are more clearly drawn today, and I can’t remember recently seeing anyone identified as a liberal Republican or a conservative Democrat. The author presents a multitude of facts, surveys, and tests that support what happened politically in America and why we are more divided than ever. If I would have been highlighting old school in a book rather than on my Kindle, I would have gone through several highlighters.

Like many of you, I realized long ago that it is easy and comfortable for all of us to support our own personal views if we only seek them out from those who think the same way we do. For years, I have done my best to read and listen to opposing views, although I can’t say that my own motivated reasoning doesn’t get in the way from time to time. It certainly did for Mr. Klein, who speaks at length about polarization and motivated reasoning yet by the middle of the book used Republicans and conservatives as cannon fodder. Almost every example featured a negative look at Republicans without a matching balance aimed at the Democrats.

Thus, he presents the strongest argument for his premise through personal example. In turn, those who disagree with him may take exception to his comments, thus strengthening the polarization he speaks about. It’s too bad he didn’t take a step back and remove his personal filters, rather than spend the second half of the book echoing the political comments found in pro-Democrat news outlets. While Mr. Klein’s description of why America is so split at this time is spot on, his unnecessary backhand comments and distorted “facts” in the second half of the book do not match his definition of mindfulness in the last chapter, and caused me to rethink the five-star rating I was prepared to give after reading the first half of the book.

I still recommend this book for everyone, no matter where you see yourself on the political spectrum. Knowing why we are so polarized may provide new thoughts for all of us, perhaps offering a path toward working together rather than tearing each other down. Three stars.

My thanks to NetGalley and Avid Reader Press/Simon & Schuster for an advance complimentary electronic copy of this book.
Read more
254 people found this helpful
Helpful
Comment Report abuse
See all reviews from the United States