You've subscribed to Feathers and Fate! We will preorder your items within 24 hours of when they become available. When new books are released, we'll charge your default payment method for the lowest price available during the pre-order period.
Update your device or payment method, cancel individual pre-orders or your subscription at
Your Memberships & Subscriptions
There was an error. We were unable to process your subscription due to an error. Please refresh and try again. 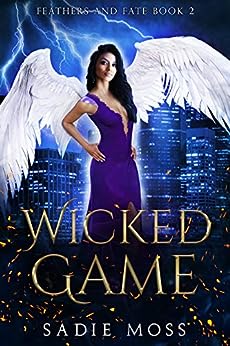 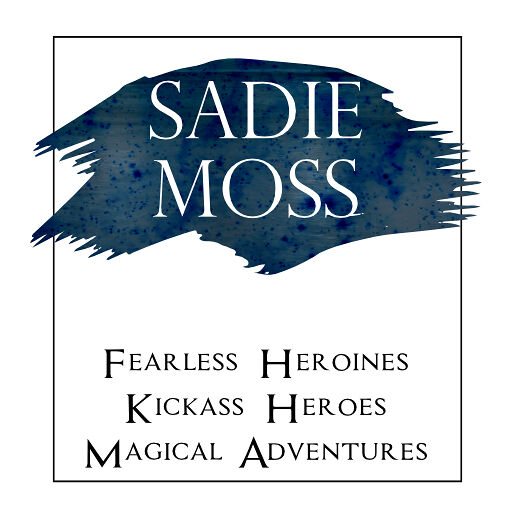 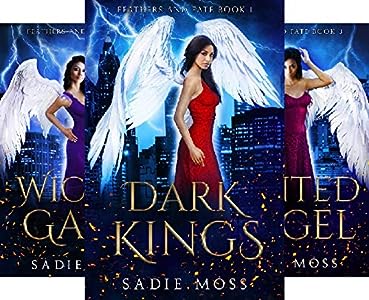 "OMFG what a sexy, hot book, the seven sins together are out of this world!!!"

"I have been looking forward to this book and it was totally worth the wait!! I was hooked from the first page"

"Seriously can't get enough of this story, LOVED it. Hate to say it (not really) but this is my favorite series by Sadie." --This text refers to the paperback edition.

Other books by Sadie Moss

4.7 out of 5 stars
4.7 out of 5
88 global ratings
How are ratings calculated?
To calculate the overall star rating and percentage breakdown by star, we don’t use a simple average. Instead, our system considers things like how recent a review is and if the reviewer bought the item on Amazon. It also analyzes reviews to verify trustworthiness.
Top reviews

Christina Sturgill
5.0 out of 5 stars Finally meet all the sins
Reviewed in the United States on September 30, 2020
Verified Purchase
Book 2 of 3.
There are spoilers littered throughout this review.
This book picks up right where Book 1 left off. Our FMC is trying to close the portals/holes opened on earth, releasing demons, with the help of 4 of the 7 deadly sins. They realize that they are not enough and need to call in the help of the other 3 sins.
First they call Lust, then Envy, and then they end up having to go and get Pride. Pride is by far the hardest of the sins to deal with. He learns about the FMC's main reason for working with the sins (he guesses and she's honest with him) and then he keeps it to himself but agrees to help them in their mission to close the portals/holes.
This book raises the heat in the series a lot. As she starts to really get to know them and everyone starts to develop some sort of feelings for each other. There are several delicious scenes speckled throughout this book between her and the men. There is also lots of action. They join a competition that they join in the hopes of winning the crystal prize, which will help them close the portals.
They end up being disqualified in the competition because all of her men join in to save her life. However, the disqualification is really what pushes this group to explore more of how they truly feel with each other.
They do end up stealing the crystal later and closing all of the portals. But it's only to find out that the FMC (Trinity) now has a bounty placed on her head and every supernatural being is out to get her.
For the added guys:
Lust (Sawyer): he's covered in scars but gorgeous anyway. Obviously he's a smooth talker and has a swagger to him. Despite being cocky he's not unlikeable. I enjoyed his character a lot.
Envy (Knight): mute and sweet. He uses a made up sign language that all of his brothers (the other sins) understand. He's smart, thoughtful, and extremely perceptive. He's also very good at hiding in shadows and going unseen.
Pride (Ryland): Stoic, prideful, stern, and a little bit of a jerk. He's not overly so, but enough to make him my least favorite of the group. He holds back with nearly everything but always wants to be in charge.
In this book, I have to say that I honestly fell in love with Envy (Knight).
Read more
2 people found this helpful
Helpful
Report abuse

Kindle Customer
5.0 out of 5 stars The best!! Romance, adventure, love and kink ever!
Reviewed in the United States on September 8, 2020
Verified Purchase
I have never read a book that has everything I want in romance with 7 men. The story the adventure and the characters. OMG! I loved all of them. Each one of them made me feel like I was the character and their story was mine. I fell like this book really makes you feel each one of them and understand their lives. Really catches your interest and makes you want to know more and what happens next. I never been so enveloped in a book that I want to read it all over again. I read this one on the unlimited Kindle plan and I had to buy all 3 books. This story from start to finish was great and in happy from start to finish.
Read more
Helpful
Report abuse

74crollins.
5.0 out of 5 stars Good book
Reviewed in the United States on June 11, 2021
Verified Purchase
I really enjoyed the 7 deadly sins as. Loved this twist on them. Good book in the series. Seemed like some action and intense sexual tension the whole way. Good writer
Read more
Helpful
Report abuse

Christina W
5.0 out of 5 stars Amazing
Reviewed in the United States on July 29, 2020
Verified Purchase
Another amazing story. Trin and the guys are coming along so well. I am excited to see them come together. Can't wait for book 3!
Read more
Helpful
Report abuse

Vicki Smith
5.0 out of 5 stars Captivating
Reviewed in the United States on May 27, 2020
Verified Purchase
Trinity is in a fix. An angel dealing with things she never thought about. Sadie Moss weaves a great story.
Read more
Helpful
Report abuse

Carol Rupprecht
5.0 out of 5 stars The gang's back together!
Reviewed in the United States on May 29, 2020
So glad to be back to reading Trinity's story with the seven deadly sins!! The last three sins have been introduced, and I'm excited about the whole group being together. You can really tell how well they work together and stand as a solid unit (when they have a reason to). Clearly there were issues in the past but I know that Trinity will be able to soften their hearts and bring them together once again. Trinity is such an enigma to them--an angel that actually cares for humans, a woman who is afraid but doesn't let that fear inhibit her or fully consume her. Instead, she pushes herself to fight harder. She's an angel who is willing to break the rules if it is for the greater good. What's a little sinning if the outcome is worth the price? The sins like her for just being herself and the heart she has to fight for what is best for humanity. I don't know what it is about Trinity or why she was chosen to redeem these sins, but she truly brings out a different side to each of the sins. It's crazy to see some of the most stubborn and emotionless of the sins soften towards her. There's much more to this story and what's going on behind the scenes both up top and down below, and I bet it's nothing good. Hopefully Trinity and the guys can figure it out before it's too late.
Read more
Helpful
Report abuse

shedevilreads Bookstagram
5.0 out of 5 stars Paranormal Reverse Harem
Reviewed in the United States on May 19, 2021
Wicked Game by Sadie Moss is a paranormal reverse harem romance that I listened to on audio narrated by Nya Simpson and Alton Woods. This is the second book in the Feathers and Fate trilogy.

I absolutely love Sadie's books! She does a great job pulling me into the story and I can't help but binge them in one sitting.

I am loving the relationship between Trinity, Beckett, Remington, Phoenix, Ford, Ryland, Sawyer, and Knight. I really enjoyed getting all of their points of view throughout the book. It really brought the story to life.

I can't wait to dive into the final book in the series Wanted Angel.

Nya and Alton did a great job on the narration. They both really know how to bring a story to life. I look forward to listening to more of their work in the future.

I would recommend this book if you love paranormal romances, reverse harems, or romantic suspense.
Read more
Helpful
Report abuse

rlzirkle
5.0 out of 5 stars An action packed 2nd installment!
Reviewed in the United States on June 1, 2020
What has Trinity gotten herself into?!? Having already met some of the sins, she now has a date with destiny. It’s time for her to meet the rest of the brothers. Nothing could prepare the reader or Trinity for how that’s going to go. Sadie manages to take what you assume and turn it on its head, allowing you to see things from new perspectives. With the men by her side, Trinity will face new obstacles and you’ll get to cheer her on as she blossoms in the face of conflict rather than backing down. Trinity may have set out to redeem the men, but she’s finding out more about their real nature and her own than she ever bargained for.
Read more
Helpful
Report abuse
See all reviews

suz
5.0 out of 5 stars Fabulous book!
Reviewed in the United Kingdom on July 15, 2020
Verified Purchase
Just as good as the first book, even better now we get to meet all the sins!! Can't wait to read the finale☺☺
Read more
Report abuse
See all reviews