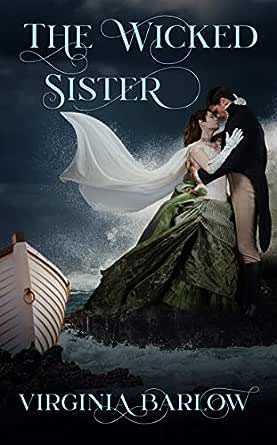 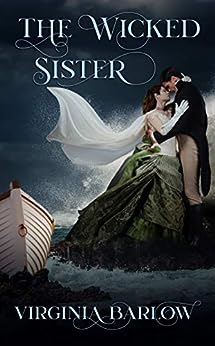 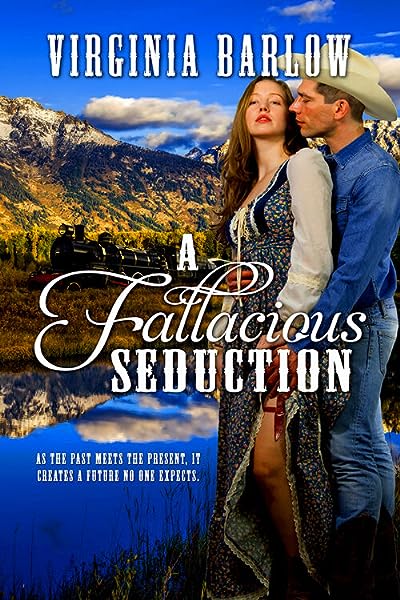 I had so much fun writing this book! The words flowed and I could hardly type fast enough. As I progressed with the story, more and more situations came to mind. I wanted to write a story that was practical but at the same time introduce new ideas on how an old story might have been. No one knows for sure. We only have  one person's view up until now. The Wicked Sister is not the age old rags to riches, poor girl marries the prince fairy tale we all know. I believe you will be delightfully surprised.

She closed her eyes when she went over the edge and waited for the impact. It was not what she expected! She hit against a warm solid something that knocked the breath out of her. Two bands of steel clamped around her and held her still. She opened her eyes cautiously and found herself nose to nose with a very handsome man. Two dark blue eyes gazed intently into hers. Laughter crinkled the corners of his eyes. Locks of black hair fell across his broad forehead.
"What did you catch, Val?" an amused male voice behind them asked the question.
Val was taking a heated inventory of the woman he held in his arms. He focused on the disarray of her hair, the fullness of her breasts, the narrowness of her waist, and then the soft pink lips so close to his own.  He pulled her close against him, amused and intrigued.
"I merely asked the gods for their favor on our hunt, and they dropped a goddess right into my arms." He tightened his hold about her waist and leaned in for a closer look.
Desire slammed into him like a battle-ax. He liked what he saw. This angel that dropped from the sky was beautiful with her long ebony hair, green eyes, and pert little nose.
Bewitching. He stared at her mouth so close to his and wondered if she tasted as good as she looked. He wanted this enchanting girl.

With her stepfather's sudden death, Lady Anastasia Covington goes from living a privileged lifestyle to selling vegetables in the village marketplace in the blink of an eye. Alone and at the mercy of her nefarious stepsister, she yearns for love and acceptance.
Disguised as a simple soldier, Prince Percival catches a dark haired emerald eyed beauty in his arms. He is bewitched. The more he sees her, the more intrigued he is by her contradictions. Forced to keep his identity a secret, he must somehow convince Anastasia he is the right man for her.
But time is running out. Lady Anastasia's mother is determined to find a proper suitor and see her wed-and someone wants her dead.

I have been married to my best friend and partner for thirty-seven years. I am the mother of ten children, six boys and four girls. Life was never boring at our house. I have worn many hats over the years including daughter, sister, friend, wife, mother, aunt grandmother, seamstress, designer, cook, hostess, housekeeper, bookkeeper, teacher, EMT, lieutenant, supervisor, lean and now I am adding author. I hope you have as much fun reading The Wicked Sister as I did writing it. Cheers!
Read more

4.5 out of 5 stars
4.5 out of 5
5 global ratings
How are ratings calculated?
To calculate the overall star rating and percentage breakdown by star, we don’t use a simple average. Instead, our system considers things like how recent a review is and if the reviewer bought the item on Amazon. It also analyzes reviews to verify trustworthiness.

Danelle Bateman
5.0 out of 5 stars Romance 😋
Reviewed in the United States on January 19, 2020
Verified Purchase
Good book! I had it read within a few days lol. If you like romance and a good Cinderella story but flipped and a few twist and turns I definitely suggest this book.
Read more

Kim
5.0 out of 5 stars Worth your time!
Reviewed in the United States on March 17, 2020
Verified Purchase
This was fun and creative story that I really enjoyed. The story pulled me in quick and was an adventure till the end. I can’t wait for your next one. Thanks!
Read more
Helpful
Report abuse

Maggie Jo
3.0 out of 5 stars May be worth your time - you decide.
Reviewed in the United States on April 3, 2020
I love reading new authors and wanted to explore Virginia Barlow’s writing, The Wicked Sister. I love ‘fairy tale’ romances and there is a lot to enjoy in this book. One of my favorite parts was the ending, not to give it away, but the way the ‘tale’ is handed off is unique and interesting.

The love and care of the hero, heroine, and most of their family is special. I just had trouble connecting with a not too smart heroine who allowed her step-sister, Rella, to pull her along with fear and bullying. The reasons for ‘going along’ with Rella just did not seem credible. And, why was everyone so completely fooled by Rella? Did not make sense.

The relationship between Val and Anastasia seemed more lust than growing romance. I did not get that ‘feeling’ of true development of love. Val did take great care of Anastasia when she was hurt, but something was just off in their beginning connection.

I think Ms. Barlow has promise as a writer. Maybe this should have been a novella rather than a full book helping it to not seem so contrived. I began to think of Rella as the wicked energizer bunny who just kept coming and coming! Please take my review with a grain of salt as I believe everyone needs to form their own opinion. Thank you, Net Galley for sharing this book in exchange for an honest review.

T.P. Warren
5.0 out of 5 stars Captivating and enjoyable!
Reviewed in the United States on July 30, 2020
I thoroughly enjoyed this unique take on a classic fairy tale. The villainess was so wicked. The heroine was adorable and admirable, and the hero was dreamy. Some humor and some nice twists thrown in, then a perfect ending, made this unputdownable.
Read more
Helpful
Report abuse
See all reviews

D. Quinton
5.0 out of 5 stars Refreshing Read!
Reviewed in Canada on February 17, 2020
I loved this book!
It has been a long time since I sat and read a story this entertaining in one day.
I was laughing and crying and felt completely drawn into a whole new world. Very clever twists.
Would definitely read again.
Read more
Report abuse
See all reviews