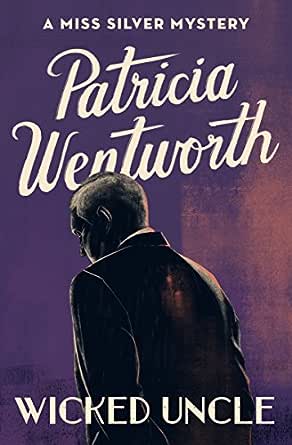 You've subscribed to A Miss Silver Mystery! We will preorder your items within 24 hours of when they become available. When new books are released, we'll charge your default payment method for the lowest price available during the pre-order period.
Update your device or payment method, cancel individual pre-orders or your subscription at
Your Memberships & Subscriptions
There was an error. We were unable to process your subscription due to an error. Please refresh and try again. 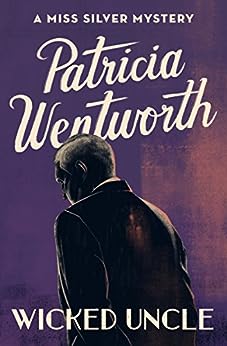 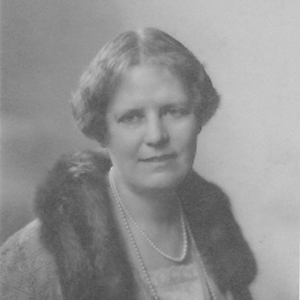 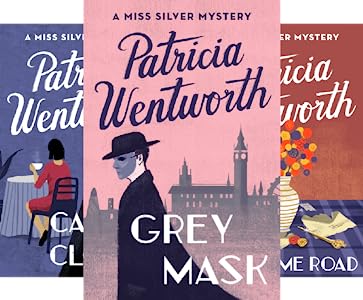 Patricia Wentworth (1878–1961) was one of the masters of classic English mystery writing. Born in India as Dora Amy Elles, she began writing after the death of her first husband, publishing her first novel in 1910. In the 1920s, she introduced the character who would make her famous: Miss Maud Silver, the former governess whose stout figure, fondness for Tennyson, and passion for knitting served to disguise a keen intellect. Along with Agatha Christie’s Miss Marple, Miss Silver is the definitive embodiment of the English style of cozy mysteries.

Marilyn S. Stallard
4.0 out of 5 stars Even Wicked Uncles can surprise one
Reviewed in the United States on August 18, 2019
Verified Purchase
I love the Miss Silvers of the world: without any bombast they get to the heart of a difficulty, and point the way to resolution. Our heroine would like to be one of the Bright Young Things of the time, but she's in that very difficult category of very little funding to shore up the lifestyle. It's the lack of funds which, in a way, puts our heroine into a dangerous situation & that's partly where Miss Silver arrives on the scene. The Wicked Uncle didn't become active till midway into the novel, and when he did, "oh, my". I won't continue, don't want to do a spoiler, but I really enjoyed the story - didn't quite see the turnabout at the end, but that's part of the charm. Read it!
Read more
2 people found this helpful
Helpful
Comment Report abuse

Patto
TOP 500 REVIEWER
4.0 out of 5 stars Three dead bodies & one romance before we're done
Reviewed in the United States on December 31, 2016
Verified Purchase
The plot offers us lots of blackmail and plenty of murder. The blackmailer, Gregory Porlock invites all his victims to dinner, so when he's stabbed to death, the police find all the suspects conveniently gathered to hand. The trouble is, too many of the dinner guests had both motive and opportunity.

The usual detectives arrive from Scotland Yard to assist the locals: the elegant young Sergeant Frank Abbott and his plebian superior. Miss Silver is called in by a young lady who innocently made one of the dinner party. Dorinda is an attractive, cheerful, likable character, despite her not very appealing name. Dorinda has a handsome distant cousin who is very protective of her. There’s romance in the air, as well as fear.

Porlock, besides being a blackmailer, has been a bad husband and a wicked uncle in his past. Several of the characters have a questionable past.

I particularly liked the butler, who turns out to have an agenda of his own and a great talent for eavesdropping.

It's always fun to hear about Miss Silver's outmoded Victorian outfits and watch her calmly knitting as tensions build on all sides. She not only gently directs the police to the correct solution of the murder case; she also cleverly exposes another piece of knavery in the course of the story.

First published in 1947, Wicked Uncle is enjoyable, but not my favorite Miss Silver mystery.

Khirul
5.0 out of 5 stars One of Wentworth' s best
Reviewed in the United States on May 1, 2019
Verified Purchase
The complicated plot and well developed characters hold a reader's attention consistently. Our heroine is perhaps a bit too childishly naive, with echoes of Daddy Longlegs hard to take. But she shows a fair amount of realistic strength to balance that. Miss Silver is at her most observant.
Read more
2 people found this helpful
Helpful
Comment Report abuse

Paper or Kindle
TOP 500 REVIEWER
3.0 out of 5 stars Hideous houseparty
Reviewed in the United States on December 21, 2012
Verified Purchase
The twelfth book (of 32) in the Miss Silver cozy mystery series is not the best. Wentworth's basic set-up (a house full of people, a murder, and lots of motives) is a bit strained. Gregory Porlock may be a blackmailer who enjoys his work, but there is really no reason I could believe for collecting a bunch of his victims at his home. It's no surprise when he gets murdered. Unlike some other books in this series, I wasn't able to guess who the murderer was, but there was a slight disconnect to the set-up, probably because all the characters had nothing in common. When there's a house full of relatives, or close friends, there's a smooth backstory, but that is missing here. The book isn't long enough to sufficiently round out the characters, though the author did a pretty good job overall. One thing I liked was that the villain/victim was a bit rounded. Too often, Wentworth portrays a bad person as completely bad. Here, she does show how charming this monster could be. As usual, there is a side story about young lovers with some hitch in their path. As usual, Miss Silver saves the day, while knitting at top speed. Her presence is accounted for by a coincidence which somewhat strains credulity, as she witnesses something that puts her into the orbit of one of the characters. So, I think that the book is an okay read, but not one of the brighter lights of the series.
Read more
8 people found this helpful
Helpful
Comment Report abuse

Customer Cathy
5.0 out of 5 stars strange mystery
Reviewed in the United States on October 10, 2018
Verified Purchase
A young girl, Dorinda, is hired to serve as a secretary for a rich woman. Having an unhappy childhood, an uncle who stole all her aunt’s money and left them alone to suffer, she needs to work. The rich couple who hired her is invited to a big party where Dorinda’s wicked uncle is blackmailing most of the people in attendance, so when he is killed it is up to Miss Silver to figure out which of his black-mailees is the killer. This is a very clever case for Miss Silver.
Read more
One person found this helpful
Helpful
Comment Report abuse

Judy Mc
5.0 out of 5 stars RED HERRING ALERT!
Reviewed in the United States on February 3, 2020
Verified Purchase
A great country house murder mystery that will keep the reader guessing until the end. The characters are varied and so interesting that you can see them in your mind's eye. The book has a slow start, but this introduces the reader to the locations and suspects. Very enjoyable!
Read more
Helpful
Comment Report abuse

Elisa M. Richardson
5.0 out of 5 stars One of Patricia Wentworth's Best
Reviewed in the United States on January 13, 2017
Verified Purchase
I'm a huge fan of her cozy mysteries. She spins an enjoyable tale of 1 part murder, 1 part camaraderie and 1 part romance. The primary difference between her and Christie is her inclusion of one couple secretly in love in each story.
Read more
3 people found this helpful
Helpful
Comment Report abuse
See all reviews from the United States

Chris C.
5.0 out of 5 stars Miss Silver saves the day
Reviewed in the United Kingdom on February 17, 2011
Verified Purchase
Just as absorbing and intriguing as ever. Miss Silver manages to read human nature and sort out the tangled threads of another crime with deftness and gentility.
Read more
Helpful
Sending feedback...
Thank you for your feedback.
Sorry, we failed to record your vote. Please try again
Report abuse