You've subscribed to A Craft Fair Knitters Mystery! We will preorder your items within 24 hours of when they become available. When new books are released, we'll charge your default payment method for the lowest price available during the pre-order period.
Update your device or payment method, cancel individual pre-orders or your subscription at
Your Memberships & Subscriptions
There was an error. We were unable to process your subscription due to an error. Please refresh and try again. 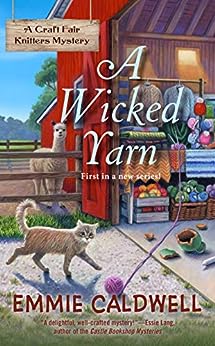 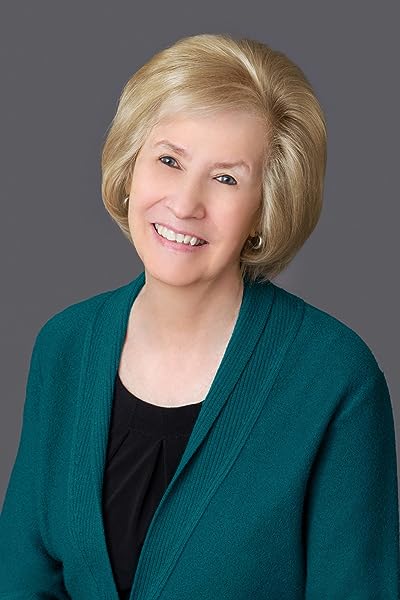 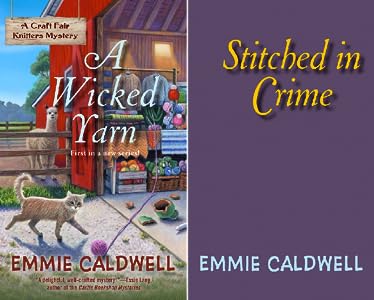 "Knit together an interesting older protagonist, an astute knitting group, a friend accused of murder, a daughter with secrets, and you have a purl of a mystery."—Sherry Harris, Agatha Award nominated author of the Sarah Winston Garage Sale mysteries and the Chloe Jackson Seaglass Saloon mysteries

"Such a cozy combination—knitting and murder. A delightful, well-crafted mystery!"—Essie Lang, author of the Castle Bookshop Mysteries

"This heart-warming mystery knits together family and friends in pursuit of a cunning killer."—Maya Corrigan, author of the Five-Ingredient Mystery series

"Charming, crafty, and so very cozy! Emmie Caldwell has stitched together an entertaining, well-plotted mystery that’s as cozy as a favorite sweater. The clues are artfully woven into the story, and Lia and her daughter, Hayley, are a dynamic sleuthing duo. A Wicked Yarn is bound to delight fans of crafting cozies!"—Sarah Fox, author of Much Ado About Nutmeg

Emmie Caldwell is the national bestselling author of the Keepsake Cove Mysteries, the Pickled and Preserved Mysteries, the Craft Corner Mysteries, and the Maggie Olenski Mysteries, written under the name Mary Ellen Hughes. A native of Wisconsin, she's lived most of her adult life in Maryland, which has inspired many of her stories. --This text refers to an out of print or unavailable edition of this title.

4.3 out of 5 stars
4.3 out of 5
71 global ratings
How are ratings calculated?
To calculate the overall star rating and percentage breakdown by star, we don’t use a simple average. Instead, our system considers things like how recent a review is and if the reviewer bought the item on Amazon. It also analyzes reviews to verify trustworthiness.
Top reviews

Author Emmie Caldwell's (Mary Ellen Hughes) debut book in the Craft Fair Knitters is going to be a lot for the author to live up too. Like the pilot of a TV series, the first book in a series is all about introducing the characters and setting, so it can be often be slow going. That was not the case with A WICKED YARN. By the end of the first couple of chapters I felt like I was in a familiar place with wonderful friends.

As for the mystery, is was very well written. I tried to get into the author's head for just a hint of who the baddy was, but I was stumped. Protagonist Lia and I learned the killer's identity at the same time. Totally worth sitting up half the night to read.

The Cozy Review
4.0 out of 5 stars A Wicked Good Read!
Reviewed in the United States on April 26, 2021
Verified Purchase
In this new series from Emmie Caldwell/Mary Ellen Hughes, “A Craft Fair Knitters Mystery,” the first book is a wonderful start to a new type of crafting cozy. A Wicked Yarn is filled with new characters, many of whom readers will love instantly, others they may not take to as easily. The small-town atmosphere is delightful, and the knitting crew is what most of us imagine it would be like to be a part of this type of group. Add in a craft fair and you have a winner.

Lia is not usually an amateur sleuth; she actually knows nothing about tracking down a killer. But she jumps in when her best friend is the prime suspect in the murder of her ex-husband. There are quite a few suspects and motives to keep track of, so readers will need to keep on their toes. The murderer is not caught easily, it takes everything Lia and her knitting group has to find the evidence and keep a killer from escaping justice.

This book is an excellent start in this series. Readers will enjoy the interaction between Lia and her daughter and the knitting crew. The scenery is picturesque with enough detail to make you want to spend a few hours roaming through the quaint little town. A Wicked Yarn is the first book in a new series, so there is a lot of setup and introductions; for some readers, this can be a turnoff, but in order to get to the good stuff, and for future books, it is necessary. Overall, however, I found the characters likable, the setting soothing, and the mystery believable. I look forward to the next book in this series.

Mystery Reader
5.0 out of 5 stars Warm, Clever, and Cozy Mystery
Reviewed in the United States on January 23, 2021
Verified Purchase
I fell right into A Wicked Yarn, loving the characters and the craft fair. I admit, I'm a bit of a craft fair junkie, and I enjoyed this behind-the-scenes look at one. Caldwell describes the craft fair like a mini small town, with each vendor a unique character, and as in any town, there's always a trouble maker or two. Or three.
The murder mystery was, of course, the focal point, and cleverly sprinkled clues gradually led to the exciting conclusion.
I highly recommend A Wicked Yarn, and I'm definitely looking forward to the next Craft Fair Knitters Mystery.
Read more
2 people found this helpful
Helpful
Report abuse

sssaunders
3.0 out of 5 stars Not bad but needed more
Reviewed in the United States on January 5, 2021
Verified Purchase
This book needed a little more action. I found myself Bored with it halfway through and it never improved. Although it needed more action, I feel like it needed less characters. There were so many female names in there that I could not keep track of who they were. The villain in the story was actually confusing to me because she was 1 of the many names and I couldn't remember how she fit in.
Read more
Helpful
Report abuse

April Kapusta
5.0 out of 5 stars Great Cozy
Reviewed in the United States on May 23, 2021
Verified Purchase
Great book in this series. Loved it!!
Read more
One person found this helpful
Helpful
Report abuse

F. Yoder
5.0 out of 5 stars A great new series
Reviewed in the United States on December 29, 2020
A Wicked Yarn is the first book in the A Craft Fair Knitters Mystery series by Emmie Caldwell.

Lia, a recent widow, has moved to Crandalsburg. She soon joins a knitting group who call themselves The Ninth Street Knitters. The Ninth Street Knitters sell their knitted items at the Crandalsburg Craft Fair, and Lia handles their booth. Lia’s long-time friend, Brenda, manages the fair, located in a barn that dates to the Civil War days. One day Brenda gets Lia’s attention and informs her that the barn is about to be sold, but nothing is known about the barn’s future or the Craft Fair. Soon Brenda’s ex-husband, Darren, is overheard talking with a business associate about his plans to tear down the barn once the sale goes through. On Sunday, Mother’s Day, Lia plans on getting to the fair early show she can make sure that her booth is ready for what she expects to be a busy selling day. When she enters the barn, she finds Brenda standing over a body, who she soon learns is that of Darren. Fortunately for Brenda, she’s not the prime suspect, but foot traffic at the craft fair shows a drastic decline, so Lia sets out to investigate her own.

Lia’s daughter, Hayley, has come home for Mother’s Day and will be spending some time with Lia while she considers a job change. Hayley offers to help her mother with the investigation, and they will soon find several suspects.

I found the story to well-written and plotted. There were enough red herrings that kept me guessing until the end of the book as to who the murderer was. The characters are believable and well-developed, and I would be happy to call them my friends.

I will be watching for the next book in this engaging new series.
Read more
4 people found this helpful
Helpful
Report abuse
See all reviews