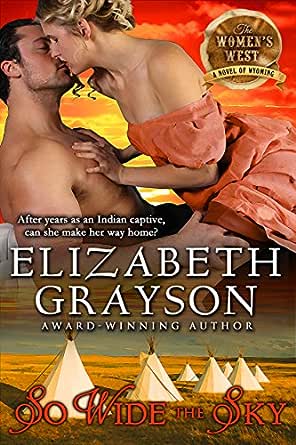 You've subscribed to The Women's West Series! We will preorder your items within 24 hours of when they become available. When new books are released, we'll charge your default payment method for the lowest price available during the pre-order period.
Update your device or payment method, cancel individual pre-orders or your subscription at
Your Memberships & Subscriptions
There was an error. We were unable to process your subscription due to an error. Please refresh and try again. 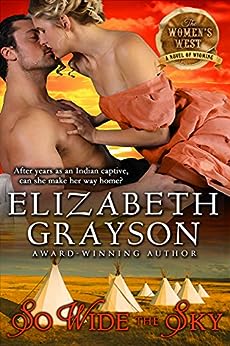 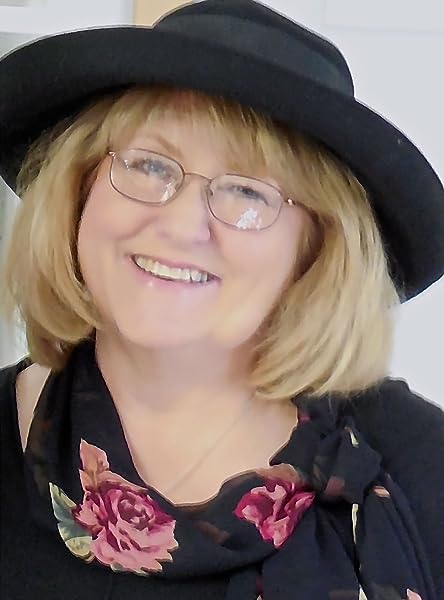 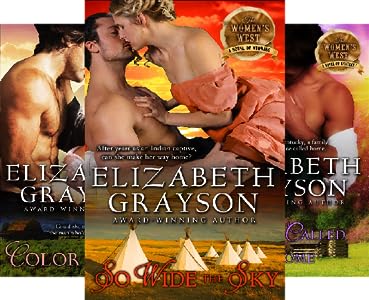 Award-winning author Elizabeth Grayson has always loved stories of adventure and romance. Upon retiring from teaching, she began writing full time. Elizabeth lives in the mid-west with her husband and cat, love traveling and is an avid photographer and knitter. www.elizbethgrayson.com --This text refers to the paperback edition.

Cassandra Morgan knows the meaning of survival. Captive of the Kiowa for nine years, she finally returns only to face rejection by her own people. Two men attempt to understand her pain: the half-Indian scout Lone Hunter Jalbert and her old flame cavalry Captain Drew Reynolds. Torn between two worlds and two men, Cassie learns anew the true meaning of love and courage. A poignant story rich in character, lush in detail, and emotionally riveting. --This text refers to an out of print or unavailable edition of this title.

4.4 out of 5 stars
4.4 out of 5
79 customer ratings
How does Amazon calculate star ratings?
Amazon calculates a product’s star ratings based on a machine learned model instead of a raw data average. The model takes into account factors including the age of a rating, whether the ratings are from verified purchasers, and factors that establish reviewer trustworthiness.
Top Reviews

Cphe
5.0 out of 5 stars So Wide The Sky
Reviewed in the United States on February 27, 2015
Verified Purchase
I'll always have a soft spot for this wonderful story. When she was fifteen Cassandra Morgan was captured by the Kiowas and spent the next nine years as their captive, and then later taken in trade as a wife to a Cheyenne warrior. She was known as Sweet Grass Woman. Eventually Cassandra was traded back to the "whites" but was met with distrust and prejudice. Everyone knew what happened to a white woman who had been captured. Cass was also marked during her captivity and bore a "starburst" tattoo on her cheek.

As Cassandra tried to assimilate back into the world she once knew she found that she no longer belonged in either world. There was only one person who knew what it was like, a half breed scout by the name of Hunter Jalbert.

This was a wonderful, heartwrenching western historical romance. The characters came alive on the page. Cassandra's plight was gutwrenching and you can't help but feel her bewilderment as she struggled to overcome the guilt of surviving and returning. Her angst and despair were palpable.

I read this book many, many years ago but had mislaid my copy so I was so very pleased to see this story and several other works by this very talented author made available for kindle. This was a wonderful, angst filled romance.
Read more
13 people found this helpful
Helpful
Comment Report abuse

Irisrose
2.0 out of 5 stars Had I read this one first....
Reviewed in the United States on July 20, 2019
Verified Purchase
I would have never read "Painted by the Sun", which I gave 4.5 stars. This one was just a long, boring and repetitive disappointment.

As a 15 year old Cassie's wagon train was attacked and she is taken captive by the Kiowa tribe (who tattoo her face), then later sold to a Cheyenne warrior to be his wife. About 10 years later she is then traded back to the whites. Coincidentally, Drew Reynolds is at the fort where the exchange takes place. He was 17 when the same attack killed his family. It was anticipated that he and Cassie would marry upon reaching their final destination all those years ago. Now he has become hardened and wants nothing more than to kill natives. Also at this fort is Hunter, a mix-breed tracker, who instantaneously feels a cosmic connection to Cassie and wants nothing more than to have her be his because they 2 are of both white and native worlds. Thus begins the attempt at a love triangle.

Cassie marries Drew. He needs a mother for his daughter but can't get over her Indian ways except in the dark of night when they have awesome sex. She had always loved him, had given herself to him years before. Cassie, is the constant target of suspicion at the fort. Drew feels like he should protect her but it makes him mad. Hunter always seems to be skulking around, right where Cassie needs him to be. There is no romance between any of these people. I was disappointed that Cassie was so quick to hop into bed with Hunter. They are rarely together in any day-to-day situation. There is a lot of focus on minutia. On and on and on about the scenery or herb picking or moving from here to there. Everyone seems to amble.

The characters, with perhaps the exception of Lily and Sally, were wooden, shadowy figures. Very little description of what anyone looked like, their expressions, typical things that make a person jump to life in a book. The child Meggie was particularly annoying. She's supposed to be 4 and acts like she's about 12 in manner and speech. I finally began to skip pages at about 57% due to all the "telling". What dialogue there was added very little progression to the story. I paid full price for this disappointing read which makes it even more disagreeable to my digestion.
Read more
One person found this helpful
Helpful
Comment Report abuse

Becky.Zoso
5.0 out of 5 stars Breathtaking
Reviewed in the United States on August 10, 2018
Verified Purchase
I literally have been having heart palpitations everytime I pick up this book. It is so good, so engrossing. The complexity of characters was astounding. The duality of Cass' life was heartwrenching at times. This book opened my eyes to the war on the plains. I've always been on the side of the Native American and have taught my children that we only live here because the white man killed the Native Americans and stole their land. I hated learning in school about how the land was seized and the Natives forced out, always with a healthy dose of 'us whites earned this land and were good and fair to the Indians'. This book shows that. It shows what you were never taught. The wars were terrible on both sides and prejudice ran long and deep in the hearts if anyone touched by the wars.
This book shows why those prejudices and hurts were so ingrained so vital for the people who had them held on with all they had or face the bitter truth of what they were doing. This book was simply amazing. I find I want to read sections to my children to teach them how it really was then but will wait till they're older.
HIGHLY recommend this wonderful book but give caution to the weak of heart, this book doesn't sugar coat anything and you will be tossed about emotionally for the duration.
I rarely give 5 stars and this book earned every single one.
Happy reading, cheers
Read more
One person found this helpful
Helpful
Comment Report abuse

Marlene
5.0 out of 5 stars Absolutely wonderful story that will long be remembered....
Reviewed in the United States on November 8, 2015
Verified Purchase
So many reviews have been given before I got this ebook, I hardly know where to start. It is an amazing story-line from a terrific author. That sums it up. I was on the edge of my chair the entire book. I just kept saying, I can't stop reading this terrific story. A 15 yr. old girl and her friend are captured by the Indians after a wagon train raid. Cassandra lived with the captors for nine years before being released in a trade by military personnel. What follows is the tale of her life with mystery, sadness, heartache and love. Because she tried to run from the Indians, the women held her down and carved a tattoo in her cheek that would remain with her for life. She was marked as a slave forever. When she went to the white world, she was marked as a woman that lived years with the Indians and therefore, spurned by everyone. I highly recommend this book and this author. She is an expert, does tons of research and writes with heart.
Read more
4 people found this helpful
Helpful
Comment Report abuse
See all reviews from the United States

Frances Bard
5.0 out of 5 stars Amazing story
Reviewed in the United Kingdom on May 29, 2017
Verified Purchase
A new author to me. An amazing story that I could not put down. It felt like it was based on solid historical research but nevertheless it was a beautiful story of loss and redemption. Highly recommended.
Read more
Helpful
Sending feedback...
Thank you for your feedback.
Sorry, we failed to record your vote. Please try again
Report abuse

Magpie
5.0 out of 5 stars Five Stars
Reviewed in the United Kingdom on September 6, 2016
Verified Purchase
A good read
Read more
Helpful
Sending feedback...
Thank you for your feedback.
Sorry, we failed to record your vote. Please try again
Report abuse

confido
5.0 out of 5 stars Five Stars
Reviewed in the United Kingdom on April 19, 2016
Verified Purchase
love it
Read more
Helpful
Sending feedback...
Thank you for your feedback.
Sorry, we failed to record your vote. Please try again
Report abuse