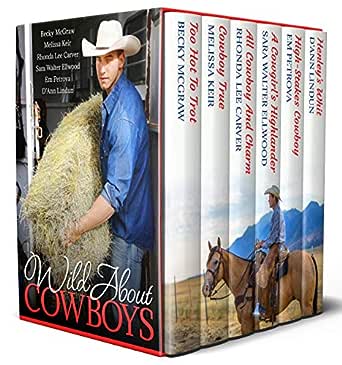 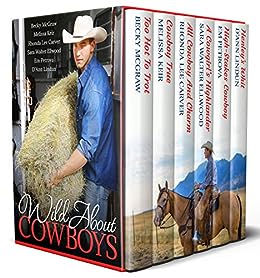 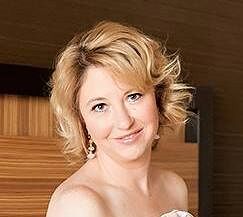 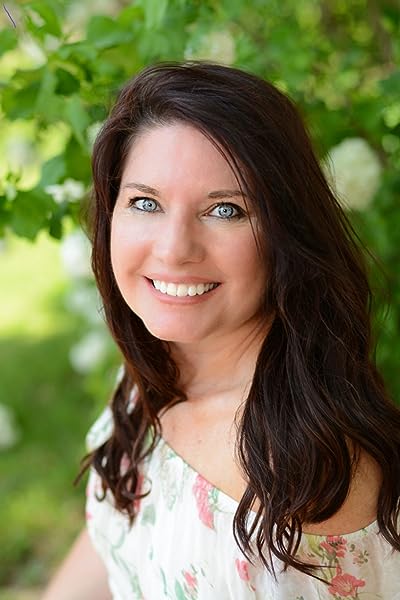 4.6 out of 5 stars
4.6 out of 5
122 global ratings
How are ratings calculated?
To calculate the overall star rating and percentage breakdown by star, we don’t use a simple average. Instead, our system considers things like how recent a review is and if the reviewer bought the item on Amazon. It also analyzes reviews to verify trustworthiness.
Top reviews

AmberJohnson
5.0 out of 5 stars Loved It
Reviewed in the United States on January 30, 2021
Verified Purchase
Too Hot Too Trot By Becky McGraw
Heather is attacked after a concert and Zack saves her but gets hurt helping her. So she takes care of him while he recovers. He learns that she has been taken advantage of by someone closer to her in her past. Zach wants to show her that not everyone is like that and they grow closer. However when she has an accident it causes her to have to deal wth her past before she was ready. Will Zach be ready to stand by her side? Will she be able to deal with what she went through?

Cowboy True By Melissa Keir
Linc is a famous singer and is tired of his life and wants a break. So he takes a job on Alyssa's ranch as a ranch hand. Alyssa is trying to get ready to compete in a barrel racing competition to try and save her family's home. But she has a lot of obstables standing in her way. Will Linc be able to hide without anyone finding out who he is? Can Ayssa save her home?

All Cowboy and Charm by Rhonda Lee Carver
Melanie and a successful author that decides to have a baby on her own. She goes to a fertitlity clinic and has it done. Then she gets curious about the father of her baby and learns that the used the wrong vial. She then contacts Coop to tell him that the clinic inseminated her with his brother sample by mistake and she was havinf Cade's child. Copp was stunned and still grieving didn't know what to do. Will Coop and Melanie raise the baby together?

High-Stakes Cowboy by Em Petrova
Maya and Noah have been dumped by their exes'. Maya and Noah start spending time together to make their exes think that they didn't care that they weren't together anymore. Soon that became true as they started to enjoy being with each other. Will they see that they are perfect for each other and forget their exes?

These are just some of the stories in this amazing box set. This is a well written and very entertaining box set. I would recommend this book to any book lover.

CathyLynn
5.0 out of 5 stars Cowboys
Reviewed in the United States on January 18, 2021
Verified Purchase
This is a six book set all by different authors, which is nice and gives you samples of their work. They are all warm and wonderful and they all get their happily ever after. High Stakes Cowboy is the story Maya has just been dumped and so has Noah, so they plot to show their exes that they are just fine without them. Noah starts to realize that maybe his old relationship was not all that great. This was a wonderful story. All the characters are warm and I fell in love with. Who can resist a cowboy.

I received a free copy of this book via Booksprout and am voluntarily leaving a review.
Read more
4 people found this helpful
Helpful
Report abuse

Emily Pennington
TOP 500 REVIEWER
5.0 out of 5 stars Great Box Set of Cowboy Heroes
Reviewed in the United States on January 11, 2021
Verified Purchase
This is a box set by multiple authors containing six Western romances which feature cowboy heroes sure to delight. Titles included are: TOO HOT TO TROT By Becky Mcgraw, COWBOY TRUE By Melissa Keir, ALL COWBOY AND CHARM By Rhonda Lee Carver, A COWGIRL'S HIGHLANDER By Sara Walter Ellwood, HIGH-STAKES COWBOY By Em Petrova, and HENLEY’S WHIT By D’ann Lindun.

The blurb gives you a good recap of what each one is about if you want to pick and choose the order to read them. Or you can do it the absolute easiest way and start at page 1 – no decisions needed! We all love a hero, so you won’t want to miss this set!
Read more
3 people found this helpful
Helpful
Report abuse

JLH
5.0 out of 5 stars Terrific Variety of Authors
Reviewed in the United States on January 20, 2021
Verified Purchase
Six romances involving cowboys and the women they love. The stories are by six different authors so they are not connected. Each one has a few surprises or twists to make it exciting. The characters all work well together and the backstories are great. The ways to their romances vary quite a bit in situation and intensity. Love the way you can find a new favorite author or two within the same genre. Liked the strong women who stand their ground and those that give sass back to the men.

Leanne
5.0 out of 5 stars Saddle up
Reviewed in the United States on January 9, 2021
Verified Purchase
I just know this is going to be a great boxed set. I've read Em Petrova's story so far, looks like this will be a wonderful series.

High-Stakes Cowboy by Em Petrova
This couple start out a fake relationship to drive their ex's crazy, only to find that feelings were real. Their connection was instant and his big family liked her. Revenge is sweet after all.

I'm looking forward to discovering some new authors in this set, some of heard of and others I haven't. A bargain price for entertainment.
Read more
3 people found this helpful
Helpful
Report abuse

Elaine
5.0 out of 5 stars All Cowboy and Charm...
Reviewed in the United States on January 17, 2021
Verified Purchase
The only book I have read so far is All Cowboy and Charm. I am leaving a review for that one book now. Rhonda Lee Carver did a great job on this book. I loved it. It is well written and has awesome characters. I am a big fan of Ms. Carver. This was a quick easy read for me. I would encourage you to get this set if for no other reason than this book. I will be reading the rest of the books here and if they are as good as this one this set would be what I call a keeper.
Read more
2 people found this helpful
Helpful
Report abuse

Pauline Frost
5.0 out of 5 stars Great reads
Reviewed in the United States on January 27, 2021
Verified Purchase
I am glad I got this box set to read. All six books are great and easy to follow along and read. I found new authors and got to read from some I already love. Love all the cowboys and how they value what they believe in.
Read more
3 people found this helpful
Helpful
Report abuse

AJ Fan
5.0 out of 5 stars Amazing group of stories
Reviewed in the United States on March 13, 2021
Verified Purchase
This set contains 6 stories by a wonderful group of authors. I loved every story in it. There were actually 2 authors in this set I had never read before; but I will now definitely be looking for more of their stories. This is a great way to introduce yourself to an author who is new to you. I recommend this set.
Read more
One person found this helpful
Helpful
Report abuse
See all reviews

XO2read
4.0 out of 5 stars A nice boxset
Reviewed in Canada on March 15, 2021
Verified Purchase
This is a 6 book boxset written by 6 different authors. The theme is the same for this collection of stories about cowboys, and how they found their other half. The stories include: Too Hot To Trot by Becky McGraw; Cowboy True by Melissa Keir; All Cowboy and Charm by Rhonda Lee Carver; A Cowgirl’s Highlander by Sara Walter Ellwood; High-Stakes Cowboy by Em Petrova; and, Henley’s Whit by D. Ann Lindun. Each story is entertaining and the entire set makes a good set. good read.