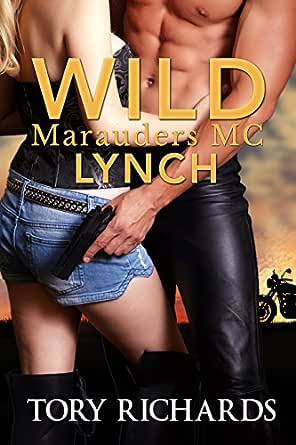 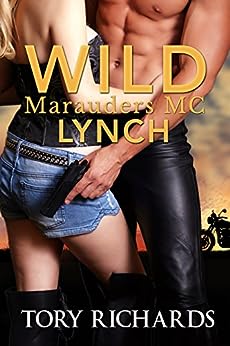 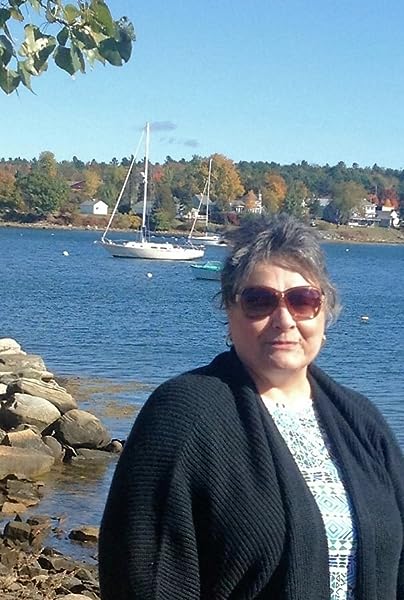 4.3 out of 5 stars
4.3 out of 5
29 customer ratings
How does Amazon calculate star ratings?
Amazon calculates a product’s star ratings based on a machine learned model instead of a raw data average. The model takes into account factors including the age of a rating, whether the ratings are from verified purchasers, and factors that establish reviewer trustworthiness.
Top Reviews

K. Lynn BookHavenBookBlog
5.0 out of 5 stars Wild Marauders MC was a sizzling hot read with great MC action!
Reviewed in the United States on July 5, 2020
Verified Purchase
The story starts off with Kat meeting Lynch as she is saying goodbye to her old life. There is electrifying chemistry between Lynch and Kat from the start that will set your reader ablaze. Lynch is an alpha president who is crazy about Kat though he will not admit it nor let Kat in. Kat is hesitant to let anyone in after the heartbreak she has experienced from people all her life. Lynch and Kat have their work cut out for them with so much to overcome and endure. The tantalizing dialogue, feels, and suspense really engage the imagination and it was awesome to have the Dark Menace MC make an appearance as they went up against a common enemy and rival MC. This was a fabulously written story and is in my top favs by Tory Richards! Tory knows how to captivate the MC romance readers!

I received a free copy of this book from the author and am voluntarily leaving a review.
Read more
Helpful
Comment Report abuse

Stacey is Sassy
3.0 out of 5 stars The biker scene has lost its appeal...
Reviewed in the United States on March 16, 2015
Verified Purchase
Lynch is the Wild Marauders motorcycle club president. The club is his life. His crew are his best mates, he makes heaps of money doing what he loves and he has plenty of sweetbutts to service him. He sees a chick on the side of the road with her car broken down and offers her help which she declines. This chick was hot and stuck in his mind after he left her. Every time he had sex with a sweetbutt after their meeting he pictures her face.

Kat meets a hot biker on the side of the road when her car breaks down. Her boring respectable lawyer boyfriend stays in the car while she gets hit on by the biker. This wakes her up to the fact that her boyfriend is a loser. She breaks up with loser and two weeks later gets dropped at the feet of the biker.

This story has action, suspense and intrigue. Lots of fighting between rival clubs which brings murder and mayhem to the club's door.

There were some pretty hot sexy times between the main characters and an obvious connection between them.

My reasons for the lower rating...I'm over bikers. It doesn't turn me on when they want to have public sex. I'm not impressed that every sentence spoken has at least one swear word, it gets monotonous. I don't like to think these women choose to degrade themselves by offering sex to be able to hang around. I don't think being the President's old lady is something to aspire to, it just puts a target on your back.

I have enjoyed books about motorcycle clubs, but for me they have lost their appeal. Maybe down the track the appeal will come back, but for now it's time for a break.
Read more
3 people found this helpful
Helpful
Comment Report abuse

JJH
3.0 out of 5 stars Has potential
Reviewed in the United States on February 2, 2015
Verified Purchase
3 stars. I don't mind erotic books, but this is one of those books that I felt the sex scenes really overpowered the story. Maybe that is what the author was going for, however, I was actually really enjoying the plot. I really liked the characters themselves, the buildup to their relationship, all the crazy mc stuff, but all the overdone intimate scenes put a damper on it for me. I found some of the phrasing so over-the-top, it made the scenes seem ridiculous instead of "hot". I'm definitely not saying to get rid of the sex scenes. Just personally, I would prefer them to be turned down a little so the other stuff can shine through more. The action side was good, and I loved the h and H together. Just my preferences.
Read more
2 people found this helpful
Helpful
Comment Report abuse

Little Spice
4.0 out of 5 stars Really liked this one
Reviewed in the United States on February 19, 2015
Verified Purchase
Last night I read what just may be the worst biker book I have ever read and that is saying a lot. It was late, I was tired but I really needed a cleanser for my book palate after that horrid book. Thank goodness I found this little gem when I played eeny meeny miney moe with my TBR shelf and my finger landed on Wild Marauders MC: Lynch. I won’t lie, the title definitely worried me but it had some decent reviews so I dove in. Next thing I knew it was 4 AM and I was finished. Wow.

Lets get the negatives over with first, since there’s not many. Lynch didn’t figure out who the leak was until it was so obvious he had to, even though the guy was practically handed to him on a platter. This annoyed me. Also, the bad guys were almost too bad. This is a missed opportunity in character development that is seen too often in this genre. All that being said, I still liked the book.

Now to the good stuff. Lynch was one dirty talking alpha and he could get raunchy in a really good way. Lynch was also bossy, overbearing, OTT, and unapologetic, just how I like them except for that unapologetic thing. There was a couple of times I really wanted Kat to take the closest object and launch it at his head. He was resistant to Kat’s pull on him and he struggled with the danger he put her in just by showing interest in her.

Kat was a bit naive, but she had a strong personality, didn’t do stupid stuff, and was comfortable in her own skin even though she was a curvy girl. She would occasionally feel a little self conscious when standing next to a skinny club girl, but then she would realize what she was doing and mentally kick herself. This was refreshing since I am really tired of the “I’m curvy and beautiful but OMG I’m fat and should feel bad about myself” trope that is going on in a lot of books. What I loved most about Kat though, was the fact she never, ever, gave up. Whether she was giving Lynch and his MC brothers a piece of her mind, or she was battling the worst of the worst against impossible odds, she was not a quitter.

The chemistry between Lynch and Kat was unbelievably good. Tori Richards can write a sexy scene, whether they were burning up the sheets (or wall, or chair etc.) or even just a kiss, it was hot.

The Wild Marauders MC are a 1% club so there was some blood and gore. Rape is talked about a lot and bodies pile up and not just the bad guys. It’s definitely not the grittiest book I’ve read, but it’s not a unicorns and rainbow book by any stretch. There were several interesting side characters that hopefully we will be seeing in future books. Stone and Rachel from the Dark Menace MC have an upcoming book and I can’t wait!
Read more
Helpful
Comment Report abuse

micharch
VINE VOICE
3.0 out of 5 stars Tory Richard sucks you into the twisted life of an MC.
Reviewed in the United States on January 18, 2015
Verified Purchase
Lynch and Kat definitely start out on the wrong foot after his prospect, Chicken, kidnaps her and brings her to their club house. Kat is pig-headed, stubborn and fights throughout most of this book. Lynch determines that she has something that intrigues him and he is determined to have her for more than a weekend. There were things going on behind the scenes that neither one of them knew about, and it all culminates with Kat being dragged into the MC's business. Lynch finally gets his head on straight and determines that Kat is more than capable of becoming an old lady. The ending sets up the next book so it will be interesting to see what that leads with Stone's MC.
Read more
Helpful
Comment Report abuse

HarleyD87
5.0 out of 5 stars Another Great Read!
Reviewed in the United States on February 17, 2020
Verified Purchase
Chemistry between Lynch and Kay was off the charts! Couldn’t put it down. Definitely recommend this book and author. You won’t be disappointed!
Read more
Helpful
Comment Report abuse
See all reviews from the United States

Carol booka holick
5.0 out of 5 stars Wild Marauders Lynch.
Reviewed in the United Kingdom on July 25, 2018
Verified Purchase
Hot feisty woman meets sexy alpha male. So sparks fly . Great story enough going on in the book to keep your interest . Of course when it's a good story you all ways want More . So I hope we get m ore ' well worth reading and recommended. Have read the other MC books written by this author and they are really good .
Read more
Helpful
Sending feedback...
Thank you for your feedback.
Sorry, we failed to record your vote. Please try again
Report abuse

Cate Lindsey
5.0 out of 5 stars Wild Marauders MC: Lynch
Reviewed in the United Kingdom on March 31, 2015
Verified Purchase
This book has all the typical ingredients for a good mc read. Good, well developed characters, and although the storyline isn't unique it will draw you in. Well written and eited, this book will allow you to escape in true mc style. Great read, thoroughly enjoyed it
Read more
Helpful
Sending feedback...
Thank you for your feedback.
Sorry, we failed to record your vote. Please try again
Report abuse