You've subscribed to The Lane! We will preorder your items within 24 hours of when they become available. When new books are released, we'll charge your default payment method for the lowest price available during the pre-order period.
Update your device or payment method, cancel individual pre-orders or your subscription at
Your Memberships & Subscriptions
There was an error. We were unable to process your subscription due to an error. Please refresh and try again. 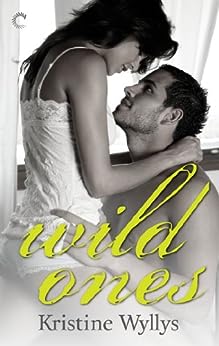 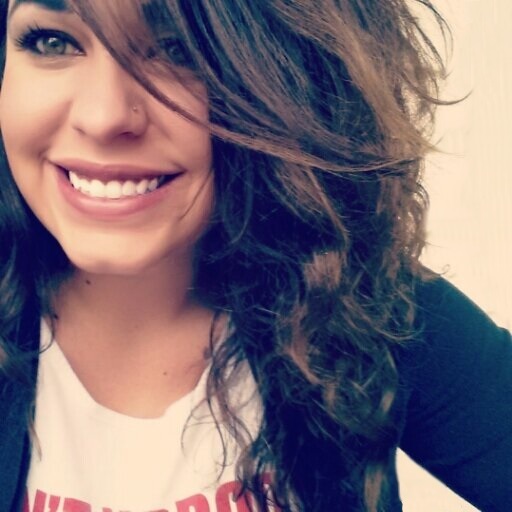 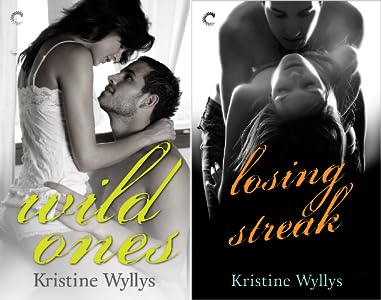 "It was dark, gritty, and different." - Dear Author

"This book was raw and, at times, difficult to read, and yet it was such a beautiful story. I found myself staying up till almost 2:30 in the morning finishing this book, because I absolutely couldn't put it down." - The Bookpushers

"If you are looking for an intense, volatile romance with hardy characters, this is the book for you." - The Book Vixen.

​​"With the right amount of angst, banter, and chemistry this book quickly leapt to my favorites list." - BS Book Reviewers

Kristine Wyllys is a hopeless romantic with wild hair and a thing for twangy music. Born near Detroit, these days she dances around a dusty kitchen in the south with a baby on each hip and the boy she fell in love with at 15. When she's not playing pretend, you can find Kristine at her website kristinewyllys.com

Xan West
5.0 out of 5 stars Beautiful metaphors. Tremendously strong voice
Reviewed in the United States on January 14, 2017
Verified Purchase
This is a whirlwind of a book, and it caught me up completely. I could not put it down. Devoured it fast. It got me to care about Bri immediately, so deeply wrapped up in her world and the intensity of the story. It gutted me in a glorious way, resonated at a frequency that felt exactly right, and just kept surprising me in the ways that it would turn.

The writing is gorgeous. It grips you and doesn't let you go. Beautiful metaphors. Tremendously strong voice.

This is not a light book; it's set in a violent world, it's full of teeth and claws and intensity, and it did not let me go. It's also some of the hottest sex I have ever read on the page; it felt raw and ferocious and matched the whirlwind nature of the book itself.

This book is very much about Bri's struggle not to re-enact her abusive family systems and her fear that she is, and those stories are precious, especially when done this well, with this much care and love and insistence on it not being easy or simple or impossible. I hold this story close to my heart for how it grapples with this complex struggle.

So often, in stories about girls like Bri, tough ferocious trauma survivors who are scared and brave in equal measures, who own their desire, there is a framework that is both anti-sex and full of misogyny, a tone of pity, or explanation, or a hurling towards doom about them, this distance and grief for the character, like you are supposed to be titillated by proximity but not identify with them, be several steps away watching, even when it's told in the first person. This story demolished those tropes, in an unforgiving way, was intensely, relentlessly centered on Bri with no distance at all, and a tremendous amount of respect and love for her and who she is, how she thinks, what she needs, and what she chooses and for that alone this book has won my fervent devotion.

Let me say that again more bluntly, in case it was not clear. This book centers a tough, ferocious sexual woman who is a trauma survivor, and it wasn't about looking at her from the outside or getting titillated. It insisted on centering her perspective.

And it was hopeful. She wasn't doomed. She didn't need to "learn a lesson," or get punished or be fixed. I cannot tell you how much I needed this story. I'm not sure I knew until I was done reading it and it had started to sink in. It is a tremendous gift to me as a survivor.

Trigger Warnings: (includes spoilers) There are references to child physical abuse throughout. There is a description of child sexual abuse in the first chapter. There is a mugging early in the book that includes substantial physical violence. There is a violent attack in the middle of the book that results in a broken arm that's described in detail, as is the home medicine used to set the injury. There is an attack later in the book that is very violent. References to sexual coercion. Descriptions of being homeless and precariously housed. Physical fights both in the boxing ring and out of it. References to being a child witness of intimate partner violence and coerced sex work. A lot of alcohol use. Brief fatphobic comment that is challenged by another character.

Paula
4.0 out of 5 stars This couple is crazy and dysfunctional and I loved it.
Reviewed in the United States on January 22, 2014
Verified Purchase
Wild Ones is Kristine Wyllys' debut book... or novella? I’m not sure what to call it since it’s only 156 pages long. But what a jam-packed, drama-filled, sexy, and highly emotional 156 pages it was. Honestly, I was a bit hesitant to read this book at first. The ratings are all over the place and I think the problem is that the blurb is slightly deceiving; it doesn’t tell the reader what they’re truly getting themselves into. If I were to compare and that’s a big IF, I would say this couple falls into the same category of crazy and dysfunctional as Tristan and Danika from Bad Things or Travis and Abby from Beautiful Disaster. And if you don’t mind constant drama and fighting, then I would say give this story a try.

Brianna “Bri” Martin grew up with an abusive father and, when things go too far one night, she packed her things and ran away from home. She lived on the streets for some time, until she met Jaxon Young, who helps her get her life together and becomes her BFF. They live together and work together at the same bar. I really like Bri, even if she can be a complete bitch sometimes - and she knows it! She’s also sarcastic and reckless yet also passionate and protective of what’s hers. Bri is a survivor, doesn’t do relationships, and doesn’t trust anyone but Jax. Then she meets Luke, who infatuates her – ensnares her, but she’s also afraid of him because he’s a boxer – like her father.

Oh, Luke Turner, how I adore thee. He is my kind of bad boy hero. He’s an underground fighter, super sexy, all alpha, rough around the edges, broody, and intense but he melted me into mush with his patience and protectiveness with Bri. Luke is everything Bri didn’t want in her life yet Bri is utterly drawn to him like a moth to a flame. Luke is good for Bri--he never tells her how to live her life and accepts her wild and independent side. Though, he doesn’t put up with her crap and Bri dishes out a lot of bullcrap.

Their sexual attraction and feelings for each other are untamable, undeniable - almost obsessive, which leads to an intensely passionate yet dysfunctional relationship. Together, they are an unpredictable hot mess. They’re both powerless against one another with their all-consuming desire and lust that brews between them. They fight with fervor. They make up with hot angry sex. They both have big issues that stem from their past, though Luke’s issues aren’t really addressed that much in this book. I wish there was more information given on Luke’s back story, which I’m hoping to learn more in later books. The main focus of the story is Bri’s issues with her past. Her fear of becoming like her mother has a tight grip on her. And, in order for Bri and Luke to stay together, she must come to terms with her past before she can move forward with her future.

When I reached the end of this story, I actually had a moment where I wished there were at least another chapter or two or maybe an epilogue. I was enjoying this story so much that I wanted MORE. I really enjoyed the writing style with the rich descriptions of this world. While Bri and Luke’s crazy fighting might be a big turn-off for some readers, their dysfunction worked for me. There is something about crazy, mad love with tumultuous, raw emotion that I’m drawn to. And, while this is a romance story, it’s not romantic. It’s dark and gritty with some cringe-worthy violence where Bri is a victim of physical abuse more than once. There are several secondary characters written in this story and I’m happy to find out they’re getting future books. I’m anxious to know whose story is next. I’m hoping to get a book for Jax soon.

Nina Moreno
5.0 out of 5 stars A sexy, gritty beast of a story.
Reviewed in the United States on January 13, 2014
Verified Purchase
This is a brutal story of passion and redemption told with powerful prose. Bri Martin is not a heroine waiting to be rescued. From the very first chapter you’ll understand that this is a girl who will save herself. She will work her way into your heart– by breaking your ribs. She is funny, loyal and determined to never become her mother. Then there’s gorgeous Luke Turner who makes his way in their crumbling concrete life of hustling by being the most fierce boxer to enter the underground ring. He is all sharp edges and bruised knuckles. He’s the bass line vibrating through the room, pulling eyes and stirring fear.

In everyone but Bri.

When they meet it’s an immediate rush. Reading them together is like testing yourself as you pour one element onto another, knowing they’ll explode when they touch, but you HAVE to see this. You have to know, because these two are never potential energy. From their first sighting across the smoky, SPEAKEASY bar, they’re kinetic. They’re motion and chaos and to watch forces of nature fall into a desperate, manic love that neither of them even want, both living young, dangerous lives feels like a Lana Del Ray song. It’s sexy and sweaty. It’s furious and relentless.

WILD ONES invites the rush of New Adult to come along down this shadowed alley. Maybe there will be two people losing their minds and skirts up against a brick wall, or a brutal, underground fight for territory. Or maybe it’ll be the devil himself making back alley deals with a crooked smile.

It’s all possible here in this wild, shadowed world of fighters and survivors where everyone is playing with fire.
Read more
5 people found this helpful
Helpful
Report abuse
See all reviews
Back to top
Get to Know Us
Make Money with Us
Amazon Payment Products
Let Us Help You
EnglishChoose a language for shopping. United StatesChoose a country/region for shopping.
© 1996-2021, Amazon.com, Inc. or its affiliates