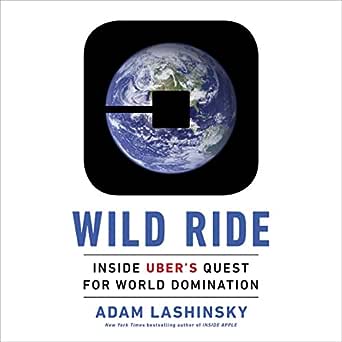 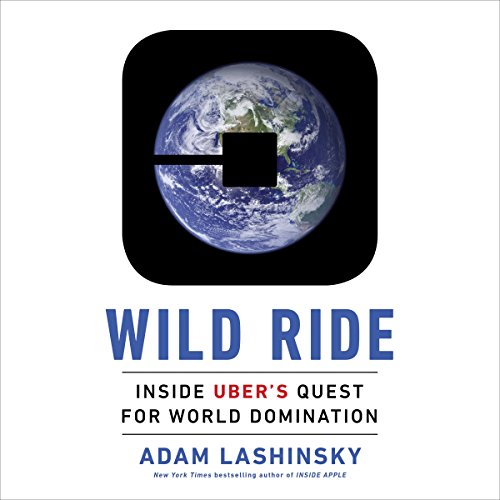 4.5 out of 5 stars
4.5 out of 5
69 global ratings
How are ratings calculated?
To calculate the overall star rating and percentage breakdown by star, we don’t use a simple average. Instead, our system considers things like how recent a review is and if the reviewer bought the item on Amazon. It also analyzes reviews to verify trustworthiness.
Top reviews

*Ian Mann of Gateways consults internationally on leadership and strategy, and is the author of the recently released ‘Executive Update.

Harry Campbell
5.0 out of 5 stars Inside access, a controversial leader and great storytelling
Reviewed in the United States on June 12, 2017
Verified Purchase
Uber has revolutionized the way people get around and transformed the global transportation industry. To put it bluntly, Uber has changed the world for the better. But while their growth at all costs mentality has bolstered their valuation, revenue and market share, they've made quite a few enemies and missteps along the way. And at the heart of it all, is their embattled CEO Travis Kalanick. This book focuses on what made Travis who he is today and the various battles he's had to face along the way.

I'm a bit biased since I'm in the book (page 166) but I thoroughly enjoyed the book and felt that it was easy to read and interesting. Having access to the CEO makes for some great stories and I learned a lot about Kalanick's childhood and previous companies that I never knew.
Read more
2 people found this helpful
Helpful
Comment Report abuse

Steve Austin
5.0 out of 5 stars Fantastic book! So gripping it reads like a novel
Reviewed in the United States on May 28, 2017
Verified Purchase
This book is great for anyone who is even remotely aware of Uber: it tells the compelling story of the company and its co-founder Travis Kalanick. Uber has transformed the transportation sector in just a few short years, all while becoming one of the most valuable and controversial private companies in the world.

The book itself is incredibly well written, and so engrossing it reads like a novel. The author was given exclusive access to Kalanick, but maintains very balanced reporting throughout. Is Travis an a--hole? Is Uber going to take over the world or be doomed by autonomous vehicles and a terrible culture? These are the issues that this book explores in depth, while also providing an intriguing narrative of the company's meteoric rise. It is a crucial look at a critical period in the history of the gig-economy.
Read more
3 people found this helpful
Helpful
Comment Report abuse

Marc Gunther
5.0 out of 5 stars Wild Ride is a great read
Reviewed in the United States on June 9, 2017
Verified Purchase
We love Uber. We hate Uber. We depend on Uber. But what do we know about Uber?
After reading Wild Ride, by Adam Lashinsky, I know a lot more than I did before. How and why the company become one of the fastest growing startups of all time, what its controversial founder Travis Kalanick is really like, even what happened when Adam, a top-notch reporter for FORTUNE magazine, decided to get behind the wheel of an Uber himself.
Well-written and insightful, this book takes readers behind the scenes of a company that makes headlines all the time, even as it insinuates itself into the lives of city dwellers around the world. Best of all, Wild Ride is a great read
Read more
One person found this helpful
Helpful
Comment Report abuse

getbblg
4.0 out of 5 stars Lashinsky's narrative helps tech and business enthusiasts connect the dots...
Reviewed in the United States on August 11, 2017
Verified Purchase
Interesting take on a controversial character like Kalanik, and a fascinating story like UBER's. With Lashinsky's deep knowledge of the valley, its movers and shakers, and the realm as a whole, connecting the dots becomes easier and fun. Another interesting feature of the book is its immediacy - this stuff is happening NOW - so it is pretty much a live account, more than a story as such. Highly recommended to anyone into business, Silicon Valley, technology, or leadership. Good stuff!!
Read more
Helpful
Comment Report abuse

E. Mathewson
5.0 out of 5 stars Have a fun ride with Uber
Reviewed in the United States on June 17, 2017
Verified Purchase
Aptly titled, Wild Ride gives perspective into the behemoth that Uber has become. Wild Ride is an easy read that every entrepreneur should study as there are plenty of examples of what to do, and what not do do.

The author gives great perspective on how Travis and Uber have matured over the years. The Uber team has plenty to be proud of and it will be fun to see how the next chapters evolve.
Read more
Helpful
Comment Report abuse

C C
5.0 out of 5 stars the cutthroat competition – it reads like a novel
Reviewed in the United States on June 8, 2017
Verified Purchase
Fast and riveting read. The book reveals the many twists and turns in Uber’s journey so far, the grandiose visions, the cutthroat competition – it reads like a novel. There are so many characters involved, many of whom I did not realize were associated with Uber. It makes you realize how tight the tech elite circle is. You get good insight into the type of person and leader that Kalanick is. The author also offers perspective on what it is like to be an Uber driver (he did this as part of his research) and how adjacent businesses have emerged to service Uber drivers. Highly recommended as background reading for the news that unfolds daily about this company!
Read more
Helpful
Comment Report abuse

JK
4.0 out of 5 stars Well written story of Uber and Kalanick
Reviewed in the United States on December 31, 2018
Verified Purchase
Engaging stories. Crisp writing. Informative. More info on Kalanick than the inner workings of Uber. Only 4 vs 5 stars because while a great book, not one I’d rank in my top 10.
Read more
Helpful
Comment Report abuse
See all reviews

Erik Rasmussen
4.0 out of 5 stars Great Insight in to a company shaping our future
Reviewed in the United Kingdom on June 7, 2017
Verified Purchase
Really enjoyed this book, tore through it in a weekend. Does a great job following both the company & Travis Kalanicks development in parallel, but might try to hard to portray him as a descendent of Steve Jobs / Bill Gates lineage. Paints a fair picture, showing how the business grew faster than the company was organizationally ready for. Would recommend to anyone interested in tech or modern business.
Read more
2 people found this helpful
Report abuse

Traveling Too Soon
5.0 out of 5 stars Five Stars
Reviewed in the United Kingdom on August 28, 2017
Verified Purchase
An insightful read into a culture, industry, company and individual. Well worth the read.
Read more
Report abuse

JLG
4.0 out of 5 stars I still would never get in a car with a total stranger but this is a good read.
Reviewed in Canada on February 18, 2019
Verified Purchase
I'm of those folks who would never rent my place out to strangers or stay at a stranger's place (AirBnB) nor would I hop into a stranger's car (Uber), but obviously I'm in the minority. I prefer hotels and licensed cab drivers thank you very much.

Still, it's fascinating to read books on quirky and brilliant entrepreneurs such as Uber's Travis Kalanick. Well written and a great read.

pradeep
3.0 out of 5 stars A good read
Reviewed in India on December 1, 2017
Verified Purchase
A one time read if you are into startup’s and want to know at a high level what has happened for us to have Uber today in the world. Most of the book is known to many as it cover topics that have been widely covered by tech blogs in recent times.
But ye read it once to know who and what Travis is.
Read more
Report abuse

Luke Ellery
4.0 out of 5 stars Informative read on how Uber came to be
Reviewed in Australia on August 5, 2019
Verified Purchase
It gave me an interesting insight into how this business came to be and some vision bof the future of uber. Interesting read for an investor or people with an interest in uber business.
Read more
Report abuse
See all reviews