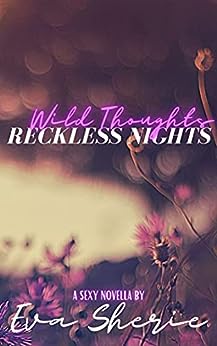 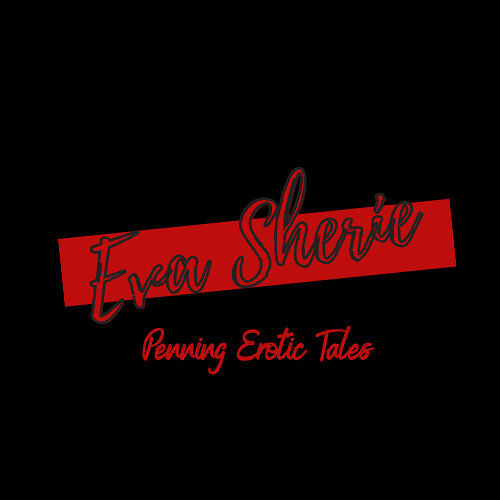 4.9 out of 5 stars
4.9 out of 5
99 global ratings
How are ratings calculated?
To calculate the overall star rating and percentage breakdown by star, we don’t use a simple average. Instead, our system considers things like how recent a review is and if the reviewer bought the item on Amazon. It also analyzes reviews to verify trustworthiness.
Top reviews

Lisa W.
5.0 out of 5 stars #ChapterTwo Strikes Again…
Reviewed in the United States on June 5, 2021
Verified Purchase
While every book for me does not need a bunch of ups and down and in’s and out’s, my favorite will always be a simple love story depicting strong black characters who win in the end and Shay Davis, you gave me that.

This story was short but beautifully cultivated and captured real relationships in a sweetness that really made my heart adore the characters.  You gave me the feels of sadness, happiness, joy, excitement and yes arousal!

The sistership between Jameela and Kennedy is exactly how friends should be in support, love and trust at a moments notice.  No questions!  The ability to be comfortable being yourself without judgement was nicely displayed.

The romance between Jameela and Ahmad is nicely articulated in showing intelligent, successful men who are grown, mature and know what they want.  This man was there for her from the moment she found him again and never made her feel less than anything except a woman and treated as such.  I love that he speaks to her, reassures her, bind and bonds with her, love the f*ck out of her and took control telling her she belongs to him.  The sex, shiiid…I’ll say I may have pulled my Rose out because romance is more than just sex it’s the little innuendos that mentally f*cks a woman’s brain so deeply, her body falls right in sync.

The story flowed smoothly from Held In Contempt into Wild Thoughts, Reckless Night of Jameela and Ahmad you made all the characters feel human, relatable and lovable.  Their emotions and passion was easily believable making you cheer for them.  I found this story to be perfectly written, easy to follow as it flowed nicely from scene to scene allowing me to follow the story, the characters, their plight, there’s no confusion only hope that things will work out for them.
Read more
One person found this helpful
Helpful
Report abuse

Just Listen
5.0 out of 5 stars Just amazing!!!
Reviewed in the United States on June 5, 2021
Verified Purchase
I already knew I was going to love Jameela's story! But damn! #DoctorBae is the truth! Mz. Eva Sherie, you done did it again! I didn't know you can top Held In Contempt but here we are. This book had me from the beginning allll the way till the last word! I was turned on, I laughed, and swooned and got turned on again, just amazing writing. The story kept my attention and I loved the little appearances that Kennedy and Andreas had. This book was such a "feel good book" to me and very relatable...40 year old single woman, 45 year old single doctor... yes please! I need to find me a #DoctorBae stat!

I'm an audiobook listener and I honestly read this book with Wesleigh and Emmanuel's voice in my head...I cannot wait till they narrate this book because they will just take it to a whole other level! Highly recommend everyone to read this!
Read more
Helpful
Report abuse

KG
5.0 out of 5 stars WOW
Reviewed in the United States on June 5, 2021
Verified Purchase
I loved this story....I loved Jameela bold nature. The way she met Ahmad and was bold enough to ask for exactly what she wanted and later politely thank him and leave had me cracking up....that was a really bold move. I enjoyed getting to know Ahmad and him instantly falling in love with his son, I thought that was beautiful. Also, the fact that even if he and Jameela didn’t become a couple and simply decided to co-parent, he still wanted to take care of her. I love this story! Perhaps, we will hear from this couple again down the line....we need to find out about the new member of the family.
Read more
Helpful
Report abuse

K. Carrigan
5.0 out of 5 stars Chapter 2 Indeed!
Reviewed in the United States on June 3, 2021
Verified Purchase
Now I expected this story to be good, but baby it ticked all my boxes and then some! Straight out the gate...story was 🔥🔥🔥 Let's start with the initial meet up. Jameela was like, listen I know what I want. Can you handle that? Ahmad was like I can show you better than I can tell you! He blew her mind and her back out!! Fast forward things get a little...interesting but such is life. And just when you think the book can't get any better...Dr. Sexy Ass shows up! Listen I could go on and on but go read the book for yourselves you will not be disappointed! O need their version on Happily Ever After!
Read more
Helpful
Report abuse

Betweenthecoversliterary
5.0 out of 5 stars Whew hunny purely amazing
Reviewed in the United States on June 9, 2021
Verified Purchase
Eva hunny round of applause because from beginning to end I was drew unto this story and I could not put this book down. I love a good novella that packed with everything leaving no stone untouched simply beautiful. I loved Jameela and Ahmad and I couldn't get enough of their passion and chemistry. Lawd do I love happy endings. Getting a glimpse into Kennedy and Andreas was such a treat because Kennedy knows she's too much. Definitely fives stars all the way and I can't wait until what's next
Read more
Helpful
Report abuse

SMRowe63
5.0 out of 5 stars I want more!
Reviewed in the United States on June 11, 2021
Verified Purchase
I just finished Wild Thoughts, Reckless Nights: A Sexy Novella and Eva Sherie did that! She is becoming one of my favorite authors! This was one of those feel good books that I will read again and again. I love the fact that the characters were grown and sexy. Very few authors write about mature characters, most are in there 20-30, but Ms. Sherie delivered characters that were believable and relatable. Who's next because this series cannot end, I need more Chapter 2s
Read more
Helpful
Report abuse

ChapterTreasures
5.0 out of 5 stars Hot and heavy 🔥🔥🔥
Reviewed in the United States on June 6, 2021
Verified Purchase
I love me a good opps baby story and this book didn't disappoint. What started out as wild thoughts and a reckless night turned into the a beautiful love story. The chemistry between "Mimi & Saeed" was 🔥🔥🔥.. the turn of events that made them cross paths again did it for me. So I was happy for how everything unfolded. Kudos to the author on how she delivered such a unconventional storyline effortlessly. Definitely worth the read.
Read more
Helpful
Report abuse

Lisette
5.0 out of 5 stars I'm so happy for MiMi!!!
Reviewed in the United States on June 3, 2021
Verified Purchase
What a beautiful love story. I was not expecting this turn of events. Eva Sherie really knows how to perfectly weave a love story together. It's so good reading second chance love stories about people closer to my age. Maybe I need to partake in some wild thoughts and reckless nights and see how it goes. (Wait...never mind)
Bravo Eva Sherie!!! You just don't miss!
Read more
One person found this helpful
Helpful
Report abuse
See all reviews