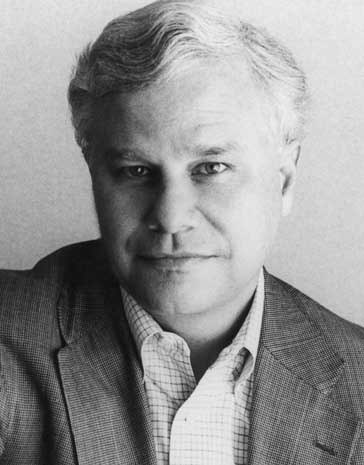 Start reading The Wild on your Kindle in under a minute.

I Forgive Heathcliff
4.0 out of 5 stars Lyrical and Strange
Reviewed in the United States on November 25, 2018
Verified Purchase
What is it with Whitley Strieber and wolves? He also did Wolfen. In this story the main character turns into a wolf and leaves his wife and child behind to search for him. The writing is beautiful and poetic, the story is strange and dreamlike. Maybe we'll never know why Mr. Strieber is so interested in wolves, but this novel is definitely a worth-while read to try to find out.
Read more
Helpful
Comment Report abuse

Kindle Customer
5.0 out of 5 stars I loved it
Reviewed in the United States on September 18, 2017
Verified Purchase
It was scary and gruesome and funny and insightful. Nothing expected, but everything surprising. You should read it if you are bored with the sameness.
Read more
One person found this helpful
Helpful
Comment Report abuse

Shelley Van Gage
4.0 out of 5 stars Wolf Love
Reviewed in the United States on May 16, 2017
Verified Purchase
I've always loved the tale of the wolf man , this is a very interesting take on that classic telling. Born on the Day Of The Lone Wolf I appreciate the POV from which this is told. Brings attention to the plight of Wolves being hunted now & how sacred these beautiful beings are! Stop the killing, especially of cubs in their dens!
Read more
One person found this helpful
Helpful
Comment Report abuse

Momma D
5.0 out of 5 stars Love it
Reviewed in the United States on October 23, 2017
Verified Purchase
Love this book it sets up the characters in depth , but in the end your gonna understand why.
Read more
Helpful
Comment Report abuse

Nope, you don’t have furry man-beasts sniffing out human flesh here, folks. You also don’t have a constantly shifting creature raging against his inner impulses; there’s no moon watching here, no silver bullets to be dodged, and no strange herbs to devour to fend off any curses.

Characters are interesting and unique. It's not often you read about a protagonist who can't make it well in the real world. I loved this sense of realism!

Strieber writes with a heavy hand at times, spinning out colorful phrases. His wording is intriguing, his style serious. He does inject humor in the story when it’s needed, a type of irony, but does so in a way that seems to come naturally. At first his style was a bit hard for me to get into, but pretty soon I was wrapped up and began looking forward to it.

The wild, not your typical horror novel, one that devotes itself mainly to change, human nature, and acceptance, reads like a dark drama. It’s not a werewolf story per se, so don’t go in expecting this to be unleashed, but it’s a satisfying one nonetheless. For a change we needed a different bite of wolf in our horror; this may be what some have been waiting for.

Chadwick H. Saxelid
4.0 out of 5 stars Strieber closes out Wolf 'trilogy' on a strong note.
Reviewed in the United States on June 2, 2000
What would it truly be like to be transformed into an animal? Well abductee/fantasy writer Whitley Strieber explores the possibilities of becoming at one with nature in The Wild, which is one of his strongest pieces of writing and, when coupled with The Wolfen and Wolf of Shadows, forms a trilogy of sorts that examines humankind's place in nature and the need to reconcile and live within it. A man on the verge of loosing everything finds himself changing into a wolf. Not quite animal and no longer human, he tries to find his way. But his family wants him back, so the hunt is on. The characters here are more three dimensional than usual for Strieber's recent attempts at fiction and the message comes through loud and clear with little or no preachiness. Highly recommended.
Read more
One person found this helpful
Helpful
Comment Report abuse

Angela Linton
5.0 out of 5 stars Brilliant and disturbing
Reviewed in the United States on June 5, 2001
Whitley Strieber is a very gifted author but so far this is only the 3rd book of his that I've really enjoyed - the other two being "Billy" and "The Wolfen". Like them "The Wild" is a genuinely disturbing novel full of images that I will probably never forget - though in some cases I will certainly try to ... I doubt that any other writer could so successfully portray the transformation from man to wolf - the struggle between the desire for 'the wild' and the love of family. I found the novel both deeply compelling and deeply upsetting to read - particularly because of the many images of animals dying unpleasant deaths.
Verdict: Probably the most convincing werewolf novel I've ever encountered - he really gets inside the skin of the animal ...
Read more
4 people found this helpful
Helpful
Comment Report abuse

Michael D. Winkle
5.0 out of 5 stars No One Can Resist the Call
Reviewed in the United States on July 6, 2000
A small, loving family faces ruin due to its inability to mesh with harsh, workaday New York City. Bob Duke, the traditional breadwinner, a poetic, impractical man, reaches the end of his rope (and money) and seeks any out. The "out" comes when a wolf in Central Park Zoo catches his gaze and "captures" him. On a business trip to Atlanta, Bob transforms temporarily into a wolf, wreaking havoc in a hotel. Upon his return to New York he changes again, more-or-less permanently. This metamorphosis marks the beginning of a crazy rollercoaster ride leading from a filthy dog pound to the Canadian forests as cops, SWAT teams, hunters, coy-dogs, and everyone else rise up to hunt him.
"If only he could talk! 'This is all so silly,' he would say. 'I'm about the least offensive person you could meet.'" (p. 205, TOR ed.) If The Wild is a horror novel, the horror is learning how truly helpless and terrified one would be, trapped, fully aware, in an animal's form. Bob can't talk or write, his hands are now unmanipulative paws, and virtually anyone who sees him tries to kill him. His plight is described with the poignancy of Olaf Stapledon's bucolic novel Sirius, but the pursuit of Bob Duke races along with the frenzy of a Jackie Chan movie.
Bob Duke, used to pate de foie gras and caviar, must eat diseased rats and Drano-soaked garbage. He fights dogs, wolves, a child-rapist, and an extremely unfriendly bear. He nearly drowns, freezes, and starves in the woods. Meanwhile, wife Cindy and son Kevin search for him, aided by a tired old Native American shaman and a Dana-Scully-type psychiatrist. I have read many stories of shape-shifters; such characters usually are loners from the start. (In Andre Norton novels like The Jargoon Pard, for instance, the heroes are outsiders, nearly friendless if not actually hated by their peers.) In The Wild, Bob Duke's family suffers almost as much anguish and pain as Bob himself, and their life on the run is as hellish as his. This is an obvious course to take but one I don't remember reading in a lycanthropy novel before.
What I have read often enough is that the animal's spirit somehow pollutes the human soul -- intelligence fades, he/she becomes bloodthirsty, psychotic, or downright evil. The Wild describes a perfect melding of human intelligence with wolf instinct and supernormal senses -- Bob can hunt down a deer and simultaneously feel sorry he has to kill "Bambi". "And he would die having had one of the highest of experiences: to be a raw animal, in the body of an animal, with all his human consciousness intact." (p. 304) The human mind is enhanced, not soiled, by the lupine.
There are scenes of wolf dominance-submission in The Wild that may offend some readers, and Bob Duke is such a loser as a human that some may not sympathize with him. None of this has lessened The Wild's impact on me. It became my favorite book the moment I began it, and nine years later I doubt anything will threaten its supremacy. I will simply follow it "deep into the freedom and safety of the wild." (the end)
Read more
9 people found this helpful
Helpful
Comment Report abuse
See all reviews from the United States