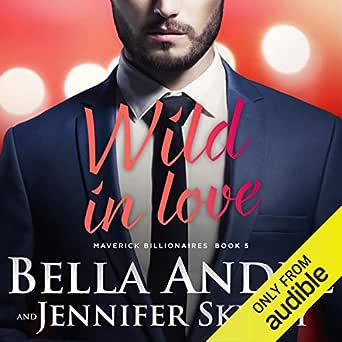 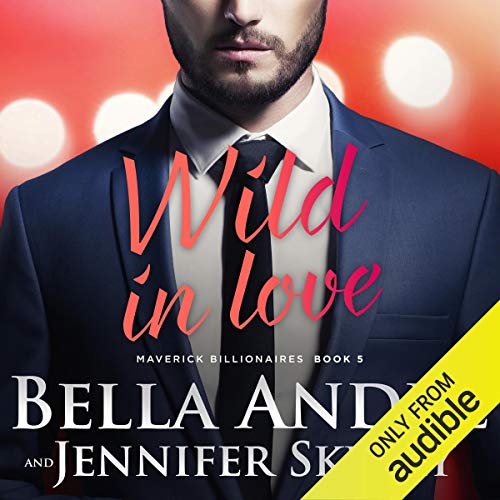 4.4 out of 5 stars
4.4 out of 5
1,116 global ratings
How are ratings calculated?
To calculate the overall star rating and percentage breakdown by star, we don’t use a simple average. Instead, our system considers things like how recent a review is and if the reviewer bought the item on Amazon. It also analyzes reviews to verify trustworthiness.
Top reviews

Savsandy
3.0 out of 5 stars Not Wildly in Love
Reviewed in the United States on May 15, 2018
Verified Purchase
Daniel Spencer is as charming and interesting as his billionaire foster brothers but his love interest Tasha Summerfield wore me out with her martyr complex. It’s just hard to imagine an otherwise intelligent woman so bent on figurative self-flagellation - feeling responsible for others’ misdeeds, even if they were her family. Which is pretty much the core of this book, how she finally comes to accept that she was in fact, not culpable and had nothing for which to atone. Her hand-wringing and worry that her friends and Daniel’s Maverick family would hold her responsible was tiring and a bit of a bore. As I’ve previously stated in other reviews, Bella Andre and Jennifer Skully are dynamic writers, especially when they collaborate. I have enjoyed the Maverick Billionaires series but, in my opinion, book 5 doesn’t measure up. I rated all the others four or five stars but this one fell short of the mark for me.
Read more
17 people found this helpful
Helpful
Report abuse

Trudy D
5.0 out of 5 stars Wildly in love with Daniel and Tasha
Reviewed in the United States on April 25, 2018
Verified Purchase
Perfection!! Daniel and Tasha are pure perfection but like an DIY project there will a little bit of tweaking to get where they need to be.

Daniel is feeling out of sorts with the rest of the Mavericks paired up, getting married, caring for children. He escapes to the Tahoe area to find himself, to reinvent himself.

Tasha has fled her life in the city escaping to the Tahoe area buying a rundown home. She plans on restoring the cabin while reinventing herself.

This is a cute, sweet romance. Secrets are revealed, destroying Tasha until Daniel comes along and helps her rebuild.

RhondaTop Contributor: Rock Music
TOP 1000 REVIEWER
5.0 out of 5 stars 5 PHENOMENAL STARS FOR WILD IN LOVE!!
Reviewed in the United States on April 25, 2018
Verified Purchase
5 PHENOMENAL STARS FOR WILD IN LOVE!! This is my favorite book in the series. I started this book and could not put it down, these Maverick Brothers steal the show. Daniel and Tasha has a story to tell you and you will want to hear it. Bella Andre and Jennifer Skully have outdone themselves with this book, it is phenomenal. I will tell you to 1-Click this book. I voluntarily reviewed an advance reader copy of this book.
Read more
14 people found this helpful
Helpful
Report abuse

Tpagirl Loves Romance
4.0 out of 5 stars Sexy, sweet and reflective!
Reviewed in the United States on May 16, 2018
Verified Purchase
Wild in Love was the fifth book in the Maverick Billionaires series by authors Bella Andre and Jennifer Skully.

Daniel Spencer was the fifth maverick and the one biological son of the mavericks foster parents. As with the others, he dug himself out of the neighborhood through his entrepreneurial spirit. He now owned Top Notch DIY stores across the world and was well known through his instructional videos. He was the kind and positive maverick but he never had long term relationships because he never found his one true love. He wanted what his parents had and nothing else would do.

Natasha “Tasha” Summerfield was beautiful, smart, carefree and the owner of a successful website development company. The story opened with heartbreaking news that rocked her existence to her core. She ran from the world so she could reevaluate and determine what the future would now hold.

Andre and Skully wove a story of personal reflection, rebuilding faith in humanity, learning to trust again, healing and forgiveness. In addition, they depicted love blossoming. Through their writing I was able to feel the roller coaster of emotions from pain and despair to joy and true love.

True to the series, I loved the camaraderie and loyalty that we’ve come to expect and love between the five foster brothers. It brought depth, dimension and enjoyment to the storyline. And of course, the pups stole the show. Who wouldn’t love the puppies?

In the end, it was sweet with little drama. It wasn’t my favorite in the series, but it was well written and well developed. I rated it a 3.5, which rounded up to a 4 on this review site.

The epilogue brought closure but it also focused on the next book in the series for Gideon, Ari’s Long lost brother from book three, Irresistible in Love. And I vote for a book for Drew. He’d make the perfect maverick!
Read more
7 people found this helpful
Helpful
Report abuse

Kindle Customer
5.0 out of 5 stars Wild in Love (The Maverick Billionaires.
Reviewed in the United States on April 28, 2018
Verified Purchase
I had been waiting for this book and loved it. Tasha is in the Tahoe area working on an old cabin that she brought after learning devastating news about her father, brother and boyfriend. Daniel is there working on his new cabin on a week vacation. They meet when Tasha is working on her roof and slips. Daniel hears her yelling and sees that she is holding onto the gutters with her fingers. He saves her and starts helping her against her wishes. Throw in three abandoned puppies and you have a fun filled romantic book. This book also brings you up to date on the other Mavericks.
Read more
12 people found this helpful
Helpful
Report abuse

Danielle
4.0 out of 5 stars Overall, a great book......
Reviewed in the United States on April 25, 2018
Verified Purchase
Received an ARC and reviewing voluntarily....

I enjoyed Daniel and Tasha's story very much. I won't give too much away, but I'll just say that I have read several books with dysfunctional family plots and it always bugged me how everything was so neatly tied up at the end, regardless of what kind of toxic behavior was involved. This one seemed like it was headed in that direction, but it threw in a bit of a curve, which really surprised me.

The only issue that I had (and the one thing that's keeping me from giving this book five stars) is the subplot about Daniel's parents. I could have done without that. I mean, I understood that they were trying to show that no couple is perfect and that everyone has their issues, but it just didn't work for me. It felt like they were trying to build to some dramatic and shocking revelation, but it fell a little flat for me.

Really looking forward to the next book......I was really surprised to hear that it was coming. I thought the series was over, lol
Read more
7 people found this helpful
Helpful
Report abuse
See all reviews

Zetti
5.0 out of 5 stars A definite winner!
Reviewed in the United Kingdom on April 25, 2018
Verified Purchase
This book started off differently than I was expecting it to. Daniel Spencer, I’ve been waiting for this book, the elusive maverick in my opinion, he’s funny, he’s sexy and he’s so damn brooding too! He’s waiting for the happy ending that his fellow mavericks have. He gets it but not without a struggle along the way.

Tasha needs to escape so she finds a cabin and decides to watch videos to help her do it up. She gets a lot done but she manages to get herself in a bit of a problem and Daniel who owns the cabin down the hill is there to save her. She’s very closed off which to be fair makes sense after what her family did to her. I do love how they slowly get to know each other. Tasha does not make it easy.

Daniel is immediately enamoured by her and when he finds out that she watches his ‘how to’ videos, he is amused. When they rescue the puppies, my heart went, and my ovaries went boom. The way she slowly accepts that he’s not going anywhere was sexy as anything. I’m so glad I got a chance to read this story, and for all Bella/Jennifer fans, you’re going to love it!
Read more
One person found this helpful
Report abuse

Mags
4.0 out of 5 stars A Super Sweet, Enjoyable Read.
Reviewed in the United Kingdom on May 7, 2018
Verified Purchase
Wild in Love was a super sweet, engaging and easy to read story. That had just enough of a storyline to hold my interest. Along with a few hot moments, two likable characters and some quick glimpses of the other Mavericks and their growing families. Not to mention it had very little angst, and was quick to read. And I would recommend it to others. Especially anyone who is a fan of these two authors or the series itself.
Read more
2 people found this helpful
Report abuse

Shirley Hunter
5.0 out of 5 stars Another brilliant read
Reviewed in the United Kingdom on May 30, 2018
Verified Purchase
Another brilliant read The Mavericks are an awesome bunch and Daniels story of love was no different Tasha was a breath of fresh air for him and fell from the skies into his arms no literally she fell off her roof lol this was a story of forgiveness if nothing else self forgiveness at that. I found this a different read form the others can’t put my finger on it though, but brilliant read just the same
Don’t know where these authors and going to go from here but I hope it continues with the other characters in these books can’t wait to read more
Read more
One person found this helpful
Report abuse

Kindle Customer
4.0 out of 5 stars Good read
Reviewed in the United Kingdom on March 25, 2019
Verified Purchase
Daniel took himself off to the 'll and to do some work on his cabin. Tasha had bought an old run down cabin near Daniel's. They meet in a very unlikely circumstance, but she holds back did to the truth she had found out about her father and brother
Read more
One person found this helpful
Report abuse

Suzie
1.0 out of 5 stars Puke
Reviewed in the United Kingdom on December 31, 2020
Verified Purchase
Sorry, but I suffered this to the end. Maybe not my type of book.
Wanted to puke several times. Everybody is so perfect. Maybe I should avoid American authors. Not even close to reality. Grammar good though, surprisingly for an American.
Read more
Report abuse
See all reviews